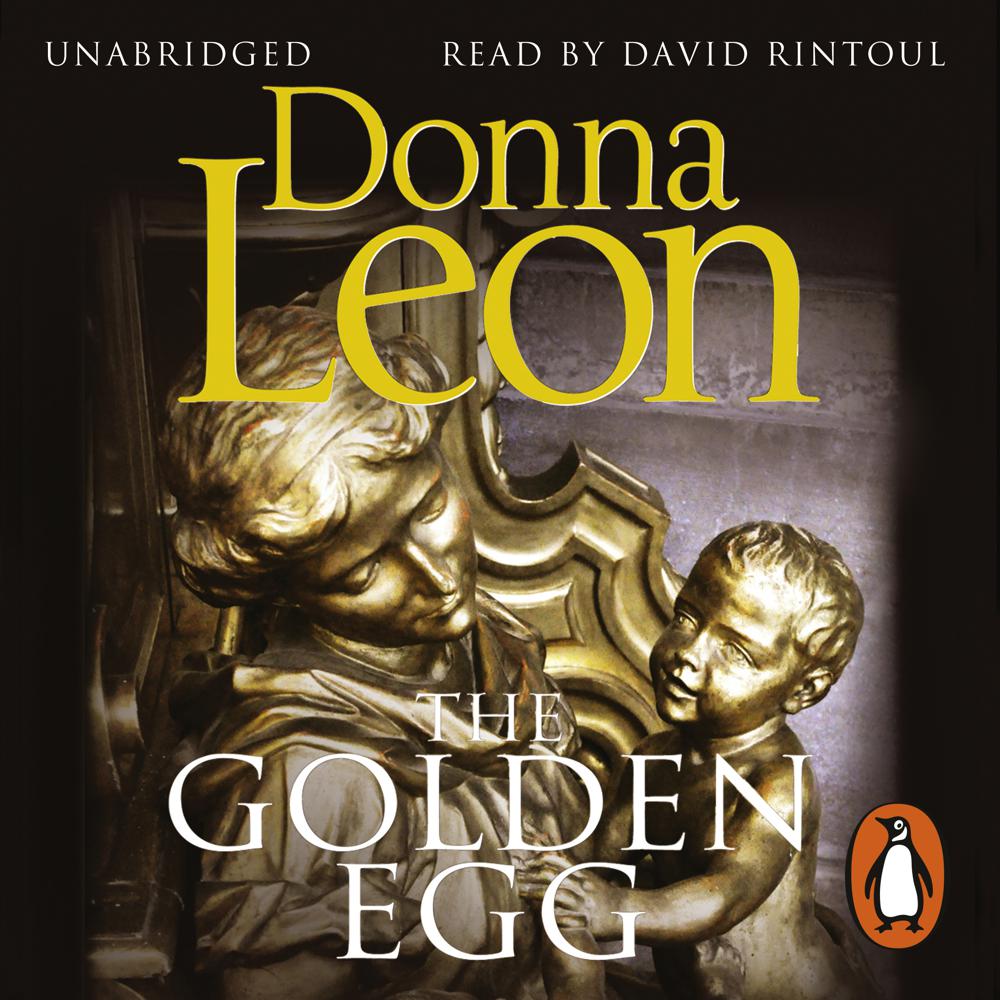 Twenty-one years ago, when a conductor was poisoned and the Questura sent a man to investigate, readers first met Commissario Guido Brunetti. Since 1992’s Death at La Fenice, Donna Leon and her shrewd, sophisticated, and compassionate investigator have been delighting readers around the world. For her millions of fans, Leon’s novels have opened a window into the private Venice of her citizens, a world of incomparable beauty, family intimacy, shocking crime, and insidious corruption. This internationally acclaimed, bestselling series is widely considered one of the best ever written, and William Heinemann is thrilled to be publishing the twenty-second installment, The Golden Egg, in April 2013.

When making routine enquiries into a possible bribery case that could embarrass the mayor – a humiliation Vice-Questore Patta is very keen to avoid – Commissario Brunetti receives a call from his wife, Paola, who is evidently very upset. The middle-aged deaf mute with the mental age of a child who helped out at the Brunetti’s dry cleaners has been found dead – an ‘accidental’ overdose of his mother’s sleeping pills – and for some reason Paola is distraught by the news. To the neighbourhood he was just the ‘boy’ who helped out, but nobody knew much about him – not even his name. That a soul could have lived such a joyless life is too much for Paola to bear, and she asks Guido if he can find out what happened.

It is a surprise to Brunetti just how little was known about this man-child – there are no official records to show he even existed. The man’s mother is angry and contradictory when questioned about his death, and Brunetti senses that there much more to the story than she is willing to tell. With the help of Inspector Vianello and the ever-resourceful Signorina Elettra, perhaps Brunetti can get to the truth and find some measure of solace.

The introspective Brunetti, a man with a healthy sense of the absurd and a sharp eye for the fading grandeur of the city’s architecture, makes for good company as he negotiates the perilous labyrinth of Venetian police office politics. Deceptively languid in its pace and a masterclass in mood, The Golden Egg … is a meticulously crafted example of how even the most apparently innocuous of crimes can reveal a trove of history.

If there’s a writer for whom the law of diminishing returns has been revoked, it’s Donna Leon. The doyenne of Italian crime fiction, whose stamina in returning time and again to her Venetian beat is matched only by her curiosity, she has proved herself, in the space of 22 titles, not only an able detective novelist, but the author of something more substantial ... It is one of the joys of Leon’s work that she can take readers into the sinister heart of Italy, and yet, in the person of Brunetti and his companions, convince us that not all is lost.

Leon’s impeccably plotted, utterly involving Italian-set novels (featuring the food-loving Commissario Brunetti) have rarely been less than excellent. So it proves with the latest, The Golden Egg. Involved in routine enquiries into a possible bribery case, Brunetti hears from his wife Paola of the death of an educationally-challenged man who worked at the Brunetti’s dry cleaners ... The Golden Egg is Donna Leon on top form.

All beautifully spliced together

The familiar characters and Venetian location are described with remarkable freshness and, as always, the edifying result is both amusing and thought-provoking