Appetite For Wonder: The Making of a Scientist
Richard Dawkins 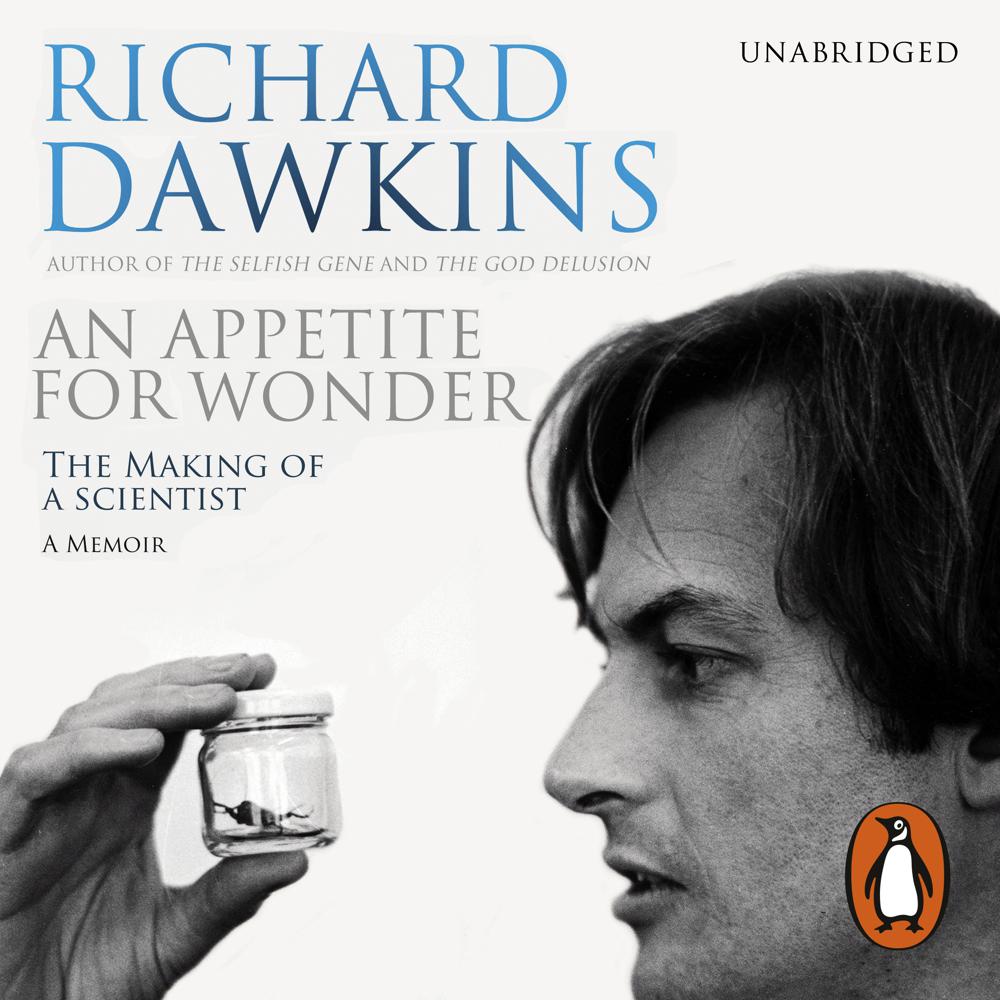 Born to parents who were enthusiastic naturalists, and linked through his wider family to a clutch of accomplished scientists, Richard Dawkins was bound to have biology in his genes. But what were the influences that shaped his life and intellectual development? And who inspired him to become the pioneering scientist and public thinker now famous (and infamous to some) around the world?

In An Appetite for Wonder we join him on a personal journey back to an enchanting childhood in colonial Africa. There the exotic natural world was his constant companion. Boarding school in England at the age of eight, and, later, public school at Oundle introduce Dawkins, and the reader, to strange rules and eccentric schoolmasters, vividly described with both humorous affection and some reservation. An initial fervent attachment to Church of England religion soon gives way to disaffection and, later, teenage rebellion. Early signs of a preference for music, poetry and reading over practical matters become apparent as he recalls the opportunities that entered his small world.

Oxford, however, is the catalyst to his life. Vigorous debate in the dynamic Zoology Department unleashes his innate intellectual curiosity, and inspirational mentors together with his own creative thinking ignite the spark that results in his radical new vision of Darwinism, The Selfish Gene.

From innocent child to charismatic world-famous scientist, Richard Dawkins paints a colourful, richly textured canvas of his early life. Honest self-reflection and witty anecdotes are interspersed with touching reminiscences of his family and friends, literature, poetry and songs. We are finally able to understand the private influences that shaped the public man who, more than anyone else in his generation, explained our own origins.

Throughout and as usual, Dawkins's writing is graceful, sparkling with anecdotes and wit

Affirmative nostalgia suits [Dawkins], and so does the good humour that imbues his writing about home... The voice is familiar but the tone is new, and the result is some of his most pleasing prose... The clarity and passion with which he recalls his childhood is matched by the clarity, passion, concerns and imagery – fairness, bullying, kindness to animals – with which he expresses the values he has maintained since then... An Appetite for Wonder speaks eloquently about where his values and preoccupations came from... Warmly illuminating about the making of Dawkins the humanist.

This eloquent, witty and instructive book reveals the true Richard Dawkins. It's a great read.

Most geeks cannot write; this one can... Equipped with an undoubted gift for expression, Dawkins the writer comes with a unique pedigree