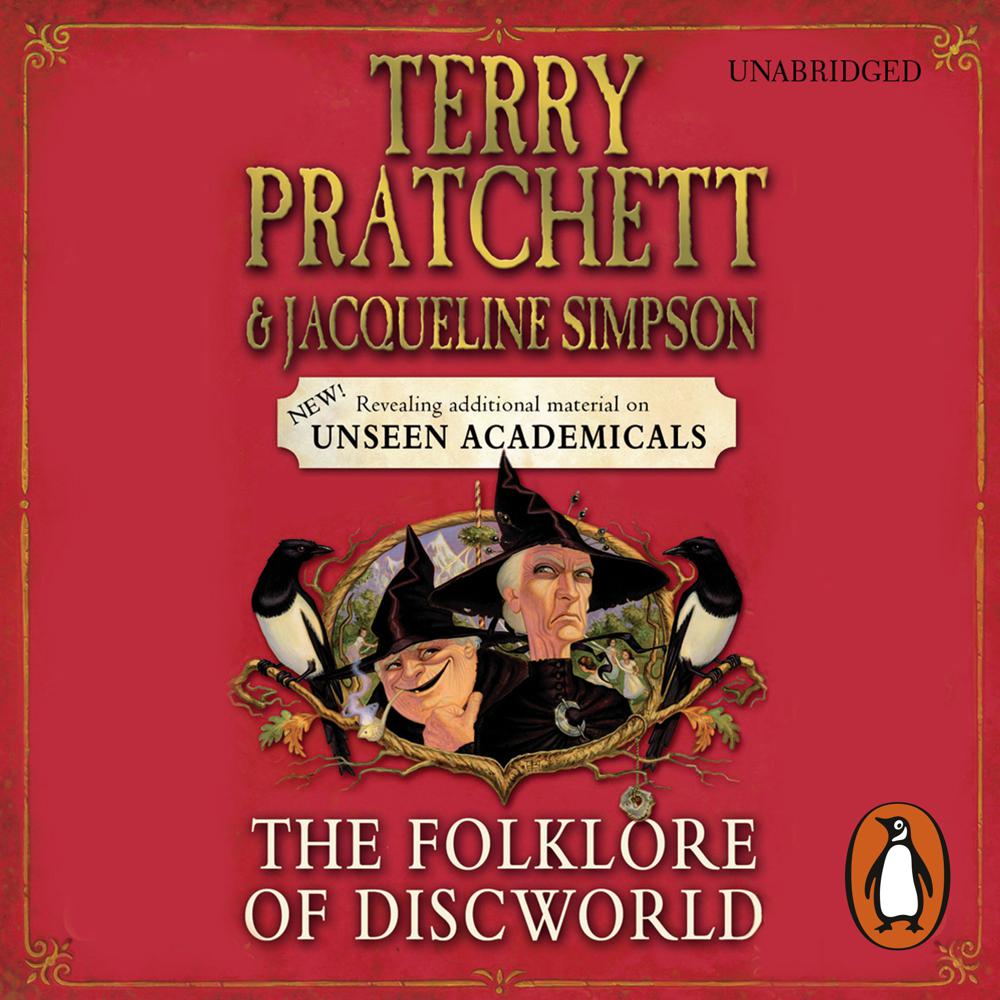 Most of us grow up having always known to touch wood or cross our fingers, and what happens when a princess kisses a frog or a boy pulls a sword from a stone, yet sadly some of these things are now beginning to be forgotten. Legends, myths, fairytales: our world is made up of the stories we told ourselves about where we came from and how we got there. It is the same on Discworld, except that beings which on Earth are creatures of the imagination - like vampires, trolls, witches and, possibly, gods - are real, alive and in some cases kicking on the Disc.

In The Folklore of Discworld, Terry Pratchett teams up with leading British folklorist Jacqueline Simpson to take an irreverent yet illuminating look at the living myths and folklore that are reflected, celebrated and affectionately libelled in the uniquely imaginative universe of Discworld.

Bonus feature: includes a discussion on folklore between Terry Pratchett and Jacqueline Simpson.

Simpson provides depth to the real-world analogues of the Discworold characters, and the text becomes a neatly integrated discussion of folklore, belief systems and the like in both worlds...well written and will raise a smile...a fine Hogswatch present.

One of the most interesting and critically underrated novelists we have . . . The Folklore of Discworld - co-authored with the eminent folklorist Jacqueline Simpson - emphasises his irreverence and drollery.

Pratchett is, like Mark Twain, or Jonathan Swift, not just a great writer but also an original thinker . . . funny, exciting, lighthearted and, like all the best comedy, very serious.