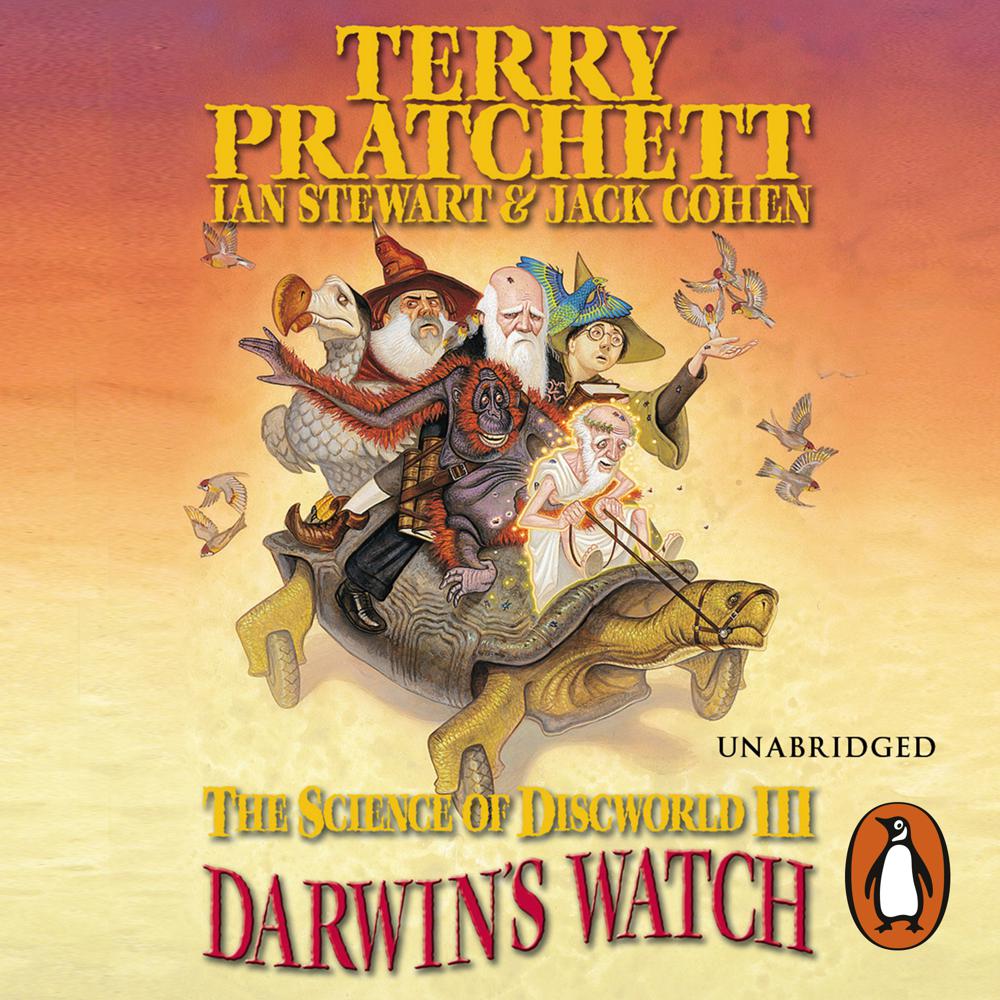 Roundworld is in trouble again, and this time it looks fatal. Having created it in the first place, the wizards of Unseen University feel vaguely responsible for its safety. They know the creatures who lived there escaped the impending Big Freeze by inventing the space elevator - they even intervened to rid the planet of a plague of elves, who attempted to divert humanity onto a different time track. But now it's all gone wrong - Victorian England has stagnated and the pace of progress would embarrass a limping snail. Unless something drastic is done, there won't be time for anyone to invent spaceflight and the human race will be turned into ice-pops.

Why, though, did history come adrift? Was it Sir Arthur Nightingale's dismal book about natural selection? Or was it the devastating response by an obscure country vicar called Charles Darwin, whose bestselling Theology of Species made it impossible to refute the divine design of living creatures? Either way, it's no easy task to change history, as the wizards discover to their cost. Can the God of Evolution come to humanity's aid and ensure Darwin writes a very different book? And who stopped him writing it in the first place?

It is exhilarating to feel yourself immersed in such well-expressed and up-to-date debates...

The hard science is as gripping as the fiction

Fantastic... this is some of the best science writing around today, intelligent and witty, creative and playful... if only science could be taught like this in school, many of us would have paid more attention