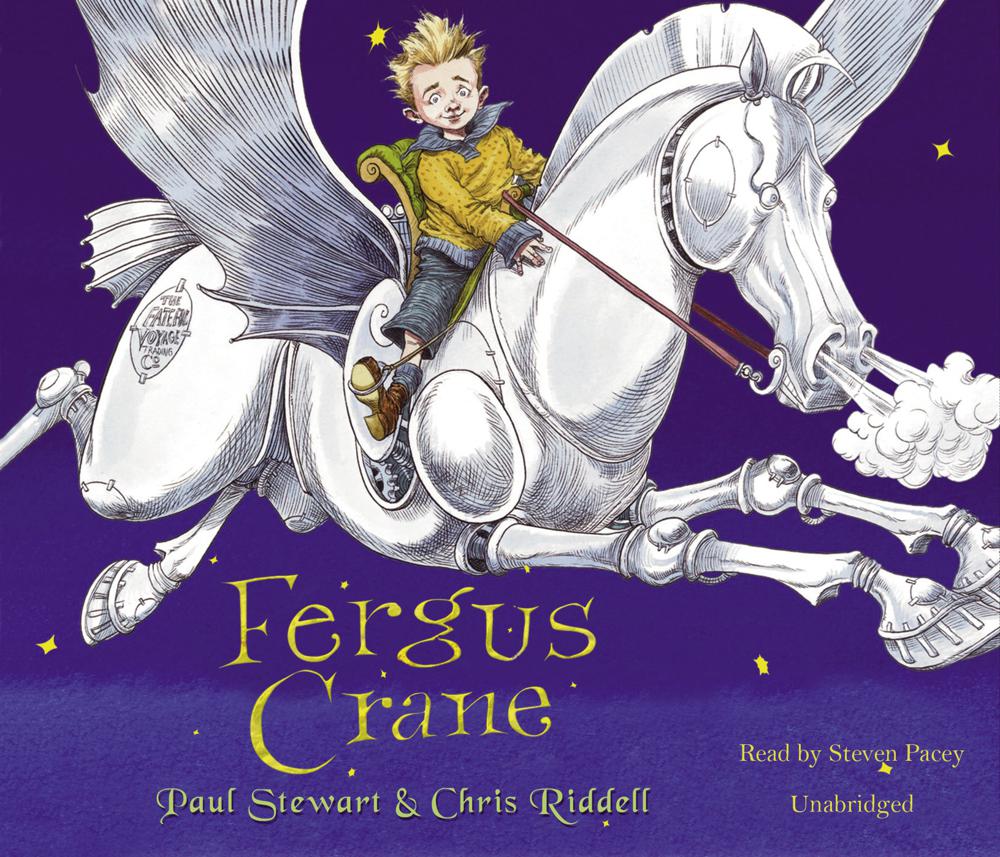 FERGUS CRANE! YOU ARE IN GREAT DANGER! I AM SENDING HELP. Signed T. C., your long-lost Uncle Theo

Fergus Crane has an almost ordinary life - having lessons taught by rather odd teachers on the school ship Betty Jeanne, helping his mother in the bakery. But then a mysterious flying box appears at the window of his waterfront home - and Fergus is plunged headlong into an exciting adventure! The box is followed by a winged mechanical horse that whisks him off to meet his long-lost uncle and his penguin helpers, Finn, Bill and Jackson. Fergus finds out that his teachers are not quite what they seem - they're actually pirates! Can Fergus and his winged horse save his schoolmates from the far-off Fire Island? And who else will he find there...?