One Night At The Call Centre
Chetan Bhagat 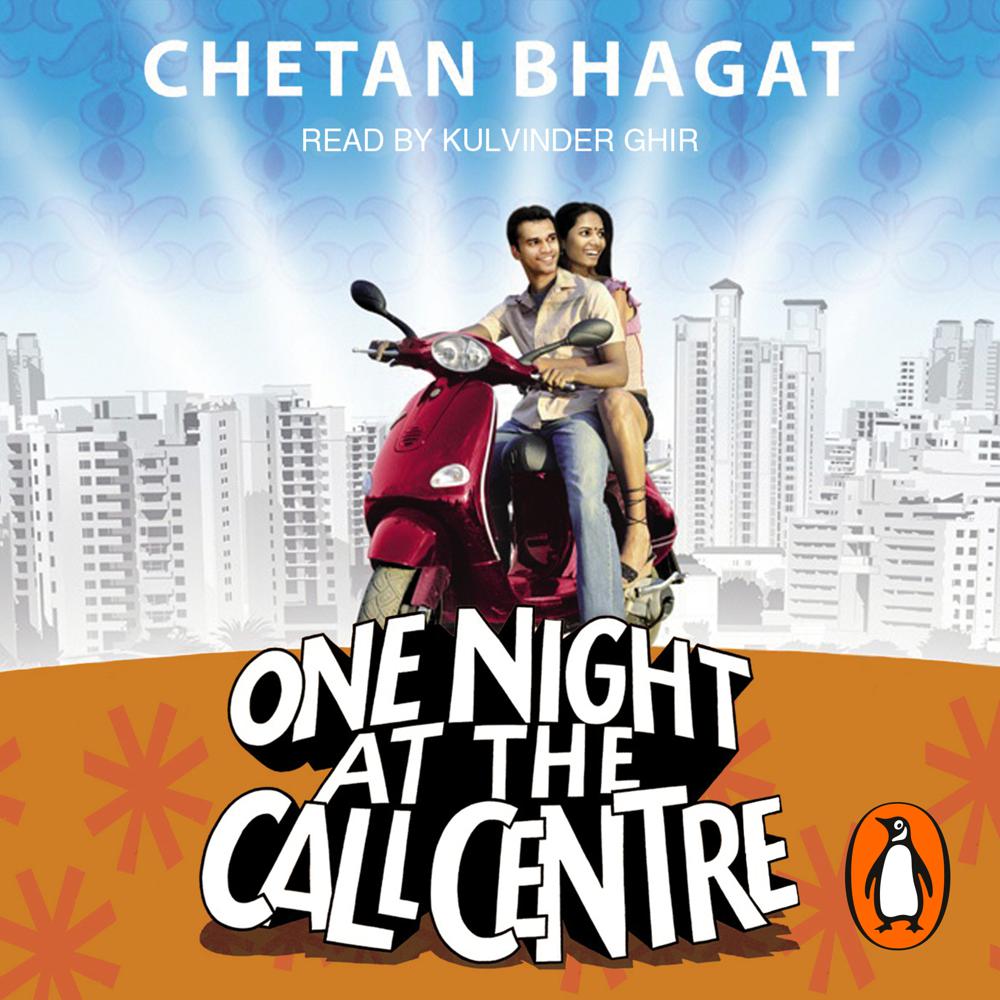 A comedy of romance and crossed lines

Six friends are selling home appliances to the US from a call centre in India. Each one has an issue with love. Call agent Sam works right beside the girl who's just dumped him. He's dating someone he can't stand, just to get over her.

Esha is just short of becoming a model. Two inches, to be precise.

Vroom wants to change the world.

Radikha's trying to manage her mother-in-law, and hold down her job.

Tonight is Thanksgiving in America, and customers are queueing up to complain about white goods going wrong. On this night of a thousand phone calls, when life couldn't look more dismal, one unique caller gets on the line. And that call is going to change everything ...

A romantic comedy of six friends kicking against the system, against their boss, and against each other. Something's got to give ...

A charming comedy about the serious emotional issues facing a group of friends ...in a case of Godly intervention, and the result is no less enjoyable for being implausible. IN A WORD: Divine

'The blurb say this book was a bestseller in India. It's not hard to see why... the novel has some cutting things to say about globalisation and modernisation, wrapped in the light and fluffy pastry of a romantic comedy. At the end you might even feel sorry for the Indian cold-callers who have just interrupted your TV viewing ...'

'ADMIT IT, at some stage you've been rude to a friendly Indian manning an international call-centre phone. In this funny yet poignant novel, call-centre colleagues all have love issues...a light-hearted book, but the dialogue is good and the characters well developed and believable'