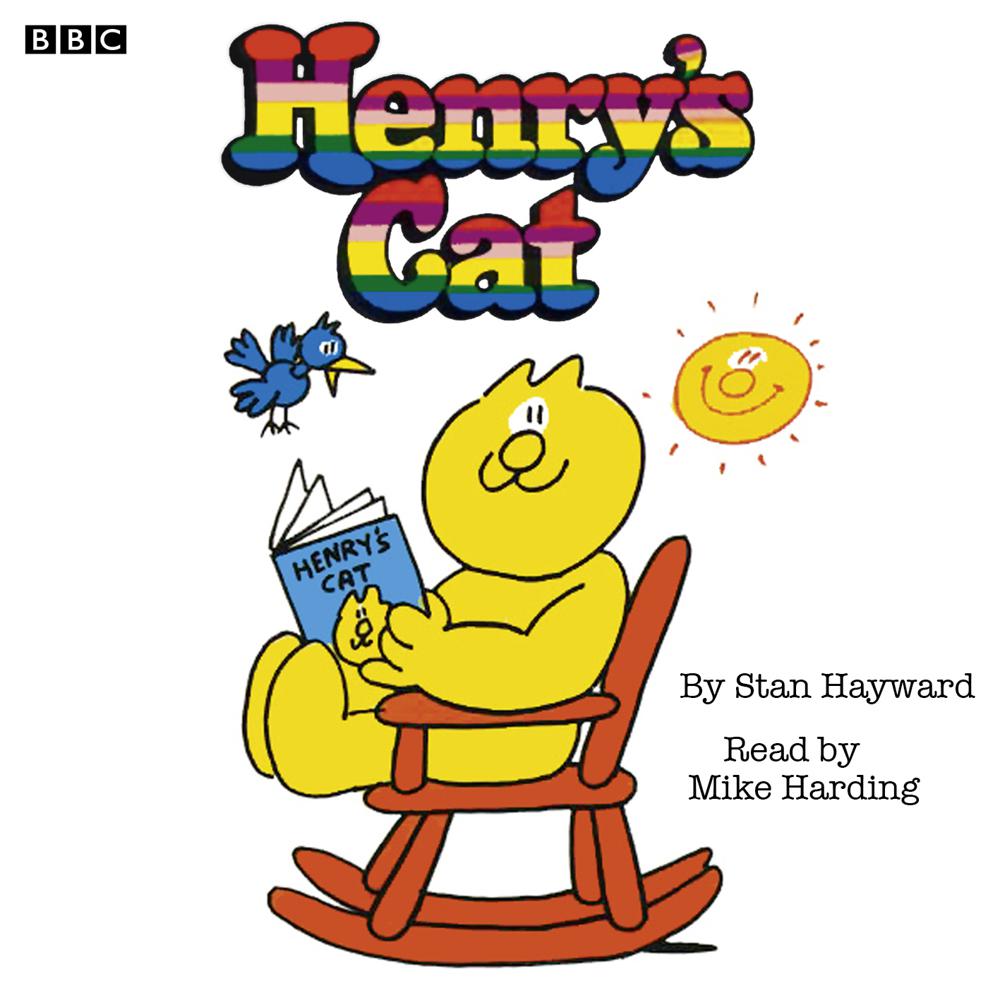 Laid-back daydreamer Henry’s Cat gets up to mischief and adventures with the help of his best friend Chris Rabbit. Along with animal friends Mosey Mouse, Douglas Dog, Sammy Snail, Pansy Pig, Denise Duck, Ted Tortoise and Philippe Frog, the gang enjoy all sorts of exciting activities from photography and song-writing to chasing aliens and inventing things! Henry’s Cat spends his days dreaming, having adventures and trying to avoid Constable Bulldog the growling policeman and Farmer Giles who are all too often angered by the gang’s activities. Henry’s Cat loves to sleep and have fun, but most of all he loves to eat! Mike Harding reads these exciting children’s stories written by Stan Hayward.

The Stories are:
The Letter, The Record, The Restaurant, The Funny Day, The Television Advert, The Magician, The Election, The Photographer, The Cowboy, The Distant Cousin, The Special Treat, A Funny Sort of Christmas, The Superspy, The Extra Special Day (Parts 1, 2 and 3), The Challenge (Parts 1 and 2), The XYZ Files (Parts 1 and 2) and The Treasure Island (Parts 1 and 2).