The Last of All Possible Worlds and The Temptation to Do Good
Peter F. Drucker 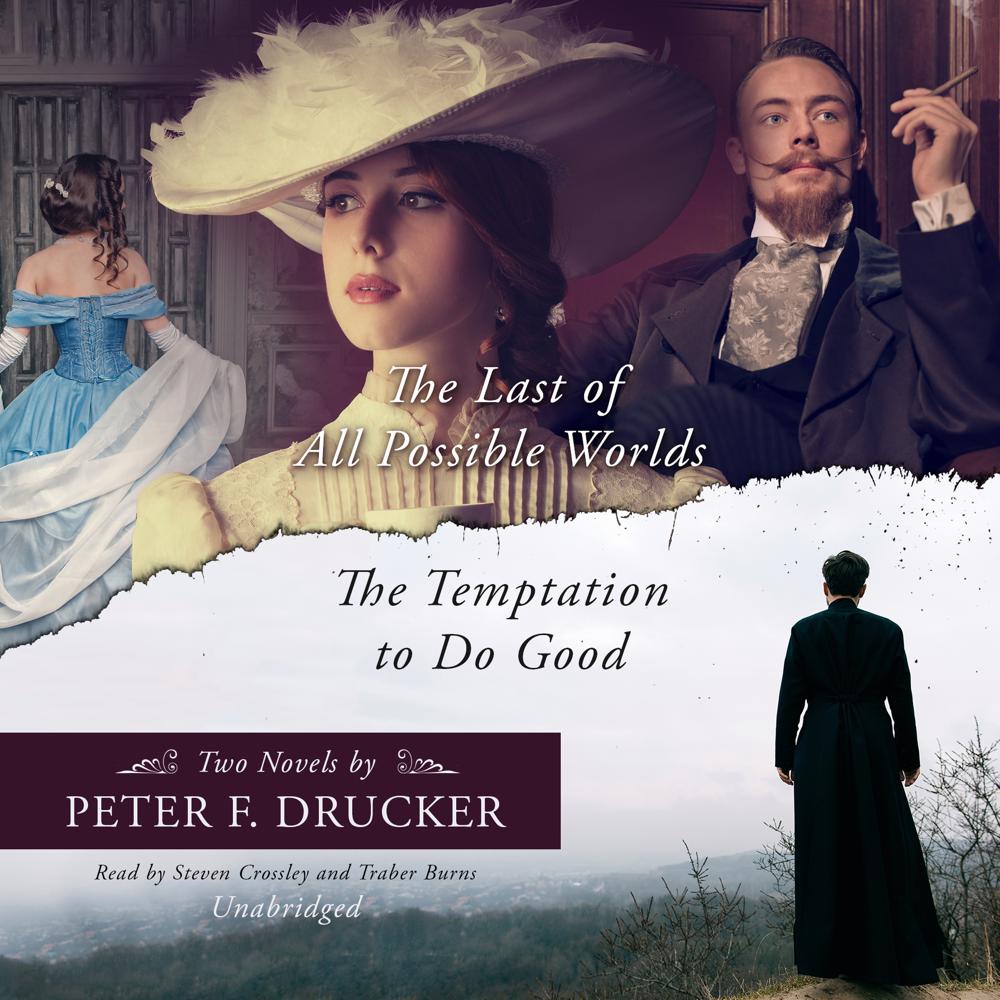 In The Last of All Possible Worlds, royalty, bankers, lovers, and wives intertwine to create a vivid portrait of Europe in the early 1900s. We meet wise and worldly Prince Sobieski, Vienna’s ambassador in London, his enchanting wife, her English lover, and her enigmatic lifelong companion, Josefa. When Sobieski’s illegitimate daughter makes a demand of her influential father, the unspoken rules of the family are challenged. Sobieski’s world is further upset when two powerful merchant bankers, the tragic McGregor Hinton and the ambitious Julius von Mosenthal, arrive in London—both with their own requirements of the prince.

The Temptation to Do Good tells the story of Father Heinz Zimmerman, the well-regarded president of an American Catholic university. When he attempts to help a chemistry teacher who has been denied tenure he accidentally opens the door to the underlying tensions in the university.

"[Drucker’s novels] deserve to be read not just as curiosities of literature but as testimonies of their time. In these subtle evocations of the Europe into which he was born in 1909 and the America in which he made his career, Drucker distilled the lessons of his life.”