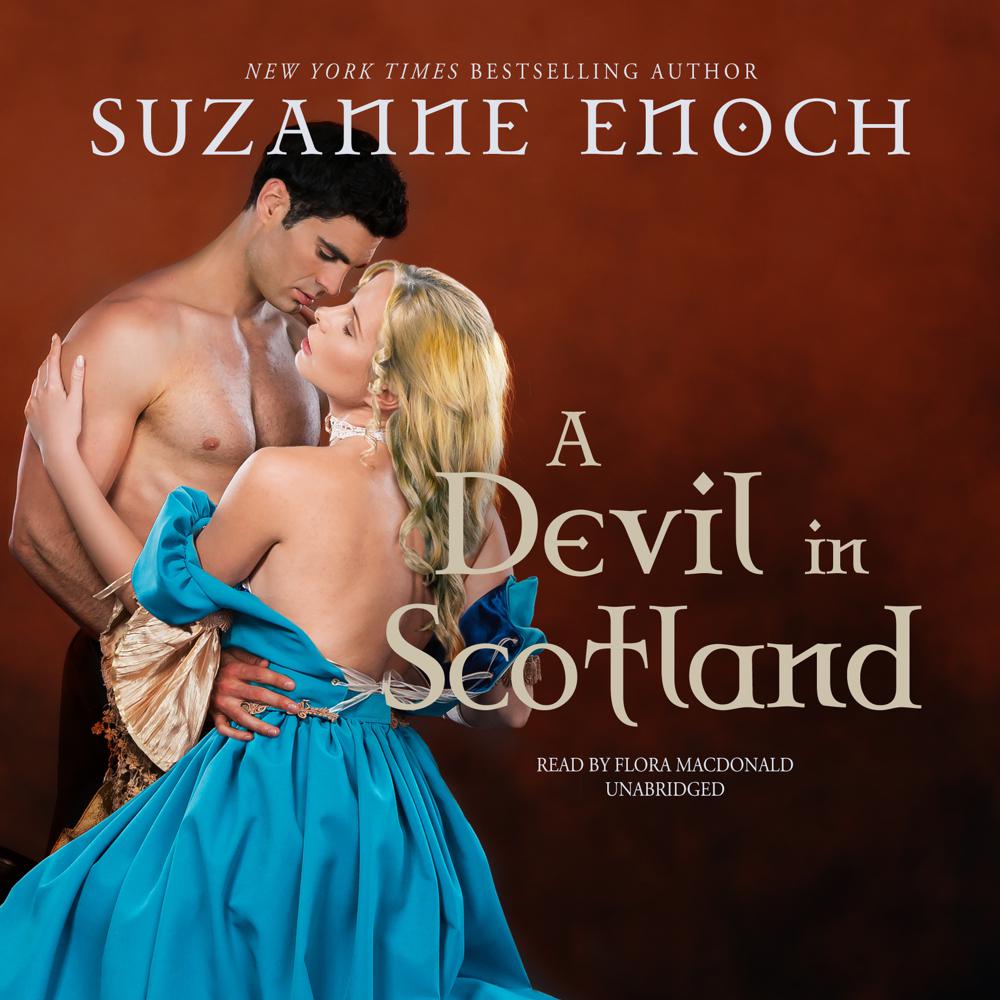 The dawning of desire is delicious and dangerous.

1806, Scotland. Wild, reckless Callum MacCreath is in no hurry to become someone’s husband. But when his responsible, steady older brother Ian announces his engagement to their childhood friend Rebecca, Callum makes a startling discovery: he wants the lovely young lass for himself. But it’s too late, and when Ian banishes him for his duplicity, Callum is only too happy to leave Scotland forever.

1816. Marrying Ian was the practical, logical thing for Becca to do. But once Callum sailed away to America, she missed his rakish charm and lust for life. Now Becca is a widow when a much-changed Callum returns to his Scottish homeland. Will he remember their spirited, fiery connection or does he blame her for his brother’s unexpected death? This time neither of them can deny their scorching attraction. But will their hearts be burned in the blazing heat of scandal?

“Narrator Flora MacDonald’s portrayal beguiles the listener withsix6-year-old Mags, who will win hearts with her tones of innocence, humor, and sweetness. In contrast, the raspy brogue MacDonald gives Maxwell makes chills run down one’s spine as he demands compliance from those in his power and plots to expand his domain. Through MacDonald’s phrasing, Callum is a swoon-worthy hero with a sexy deep burr that mixes well with Rebecca’s clipped, higher-pitched intonations. This exciting Regency romance pulls out all the stops.”

“The wonderfully drawn hero and heroine’s difficult road to love enriches the romance with its emotional intensity and intriguing twists and turns. Readers will savor this mature, multilayered story filled with vengeance, scandal, regret, loss, and second chances.”

“[A] lost-love-regained romance…A carousing young Highlander turned into a formidable man, a practical widow who balances love and levelheadedness, a precocious child, a pet wolf, and a sneaky Skye terrier—a recipe for an entertaining read.”