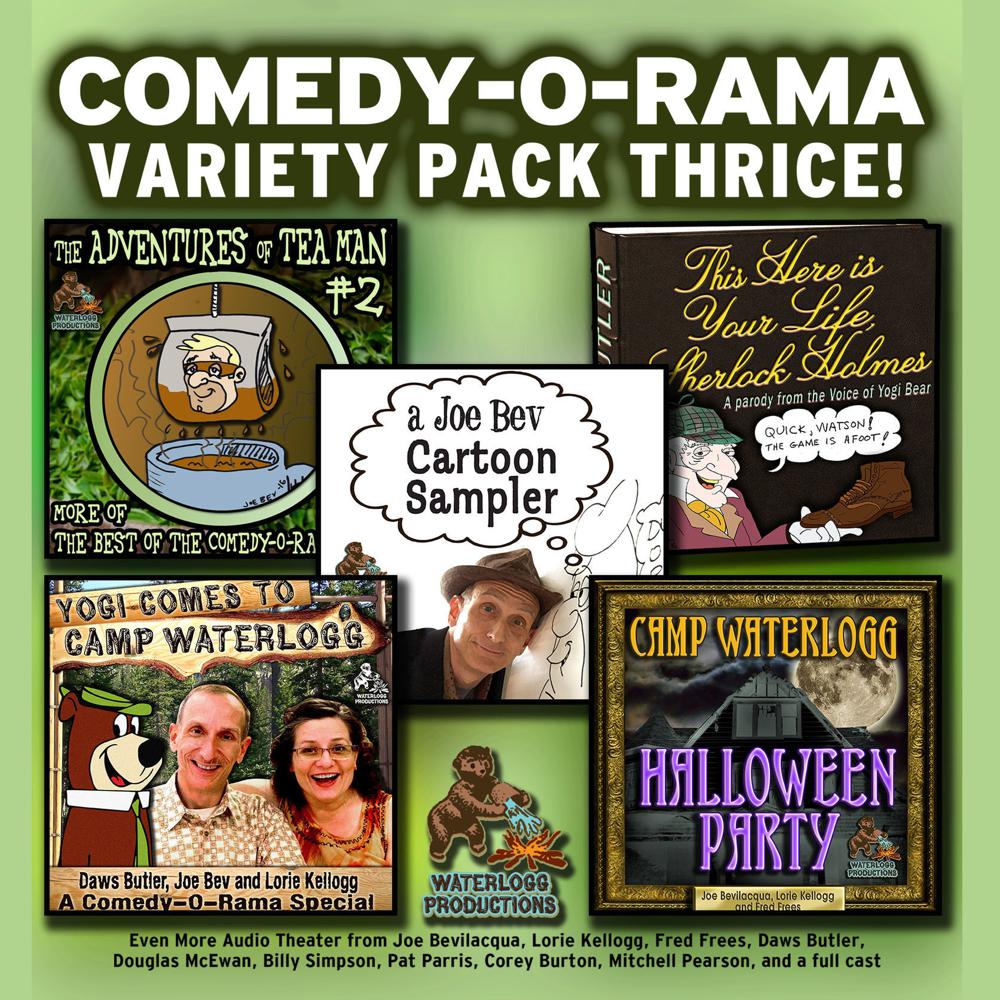 The Adventures of Tea Man, Volume 2

Like a Jay Ward cartoon in audio, The Adventures of Tea Man, Volume Two is a hilarious, wacky collection of radio theater, written and performed by Mitchell Pearson and the DQD Theater of Philadelphia and produced by Joe Bevilacqua. Get ready for two hours of comedy entertainment!

When a bear gets in the Camp Waterlogg chicken coop, young Squeaky Lkie dreams that it’s Yogi Bear.

Get in the Halloween spirit with this new two hour comedy title from veteran award-winning actor, writer, director, and producer Joe Bevilacqua (Joe Bev). He is joined by Lorie Kellogg and Fred Frees (Paul Frees’ son).

Waterlogg Productions is a full service audio/video entertainment company, founded in 2002 by husband and wife creative duo Joe Bevilacqua and Lorie Kellogg. Together, they have been responsible for over 150 titles, including many Camp Waterlogg titles, distributed exclusively by Blackstone Audio. Check out their website at http://www.waterlogg.com.