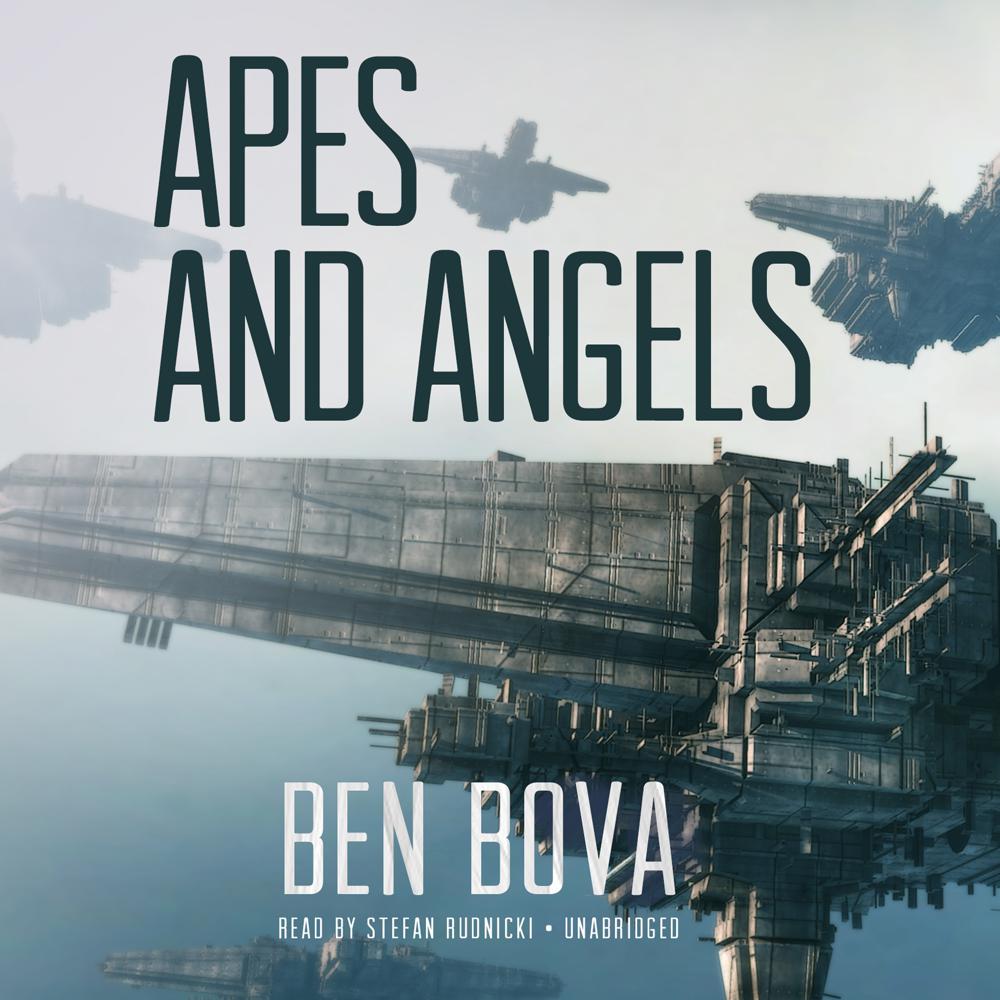 Six-time Hugo Award winner Ben Bova chronicles the saga of humankind’s expansion beyond the solar system in Apes and Angels, the last installment in the Star Quest Trilogy.

Humankind headed out to the stars not for conquest, nor exploration, nor even for curiosity. Humans went to the stars in a desperate crusade to save intelligent life wherever they found it.

A wave of death is spreading through the Milky Way galaxy, an expanding sphere of lethal gamma radiation that erupted from the galaxy’s core twenty-eight thousand years ago and now is approaching Earth’s vicinity at the speed of light. Every world it touched was wiped clean of all life. But it’s possible to protect a planet from gamma radiation. Earth is safe.

Now, guided by the ancient intelligent machines called the Predecessors, men and women from Earth seek out those precious, rare worlds that harbor intelligent species, determined to save them from the doom that is hurtling toward them.

The crew of the Odysseus has arrived at Mithra Gamma, the third planet of the star Mithra, to protect the stone-age inhabitants from the Death Wave. But they’ll also have to protect themselves.

“The final book in Bova’s Star Quest trilogy is an engaging introspection into tribes, humanity, and how much of academia is essentially tribal in nature.”