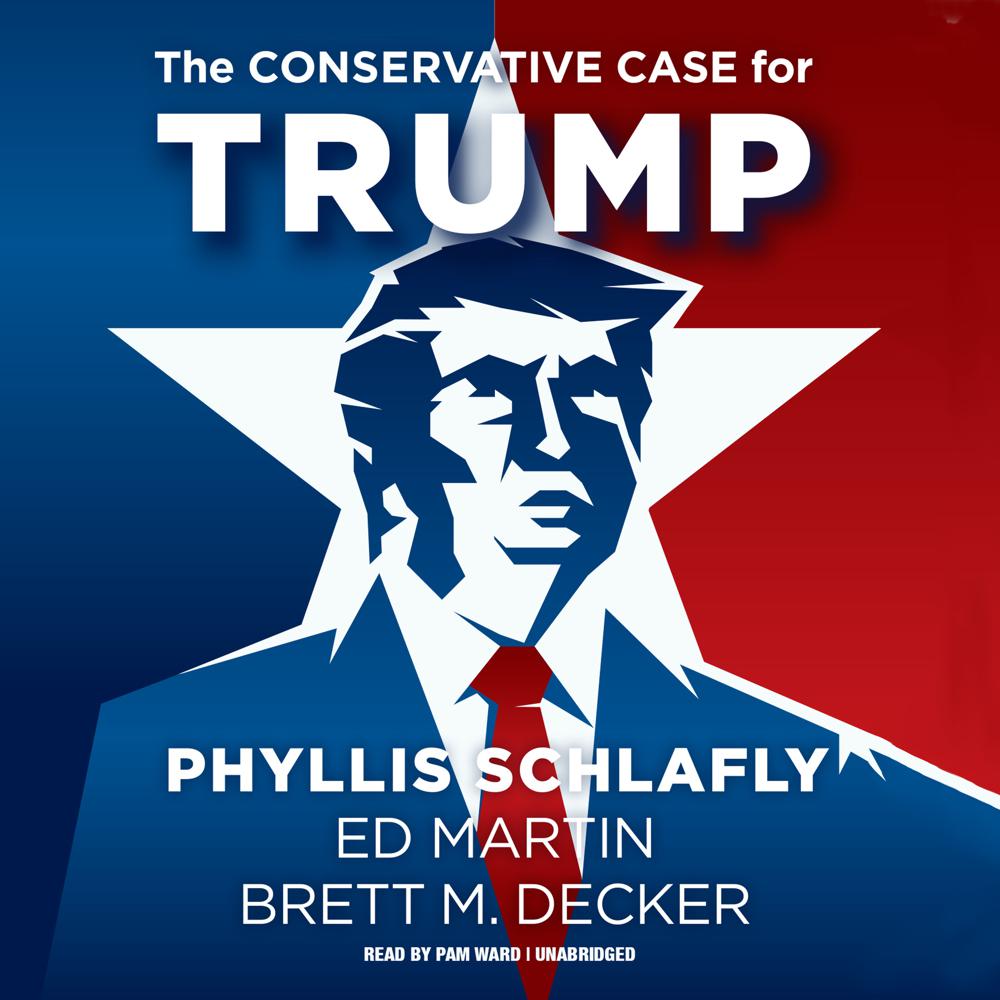 From Phyllis Schlafly, the woman whose celebrated classic A Choice, Not an Echo upended the 1964 Republican Convention, comes a persuasive new argument for a surprising conservative choice: Donald Trump.

For the first time since 1980, a significant number of Republicans are considering abandoning their party’s nominee. This is a grave mistake, Schlafly says, because a Donald Trump “radical redirection” could actually set America back on the path of Reagan’s conservative revolution.

In The Conservative Case for Trump, Schlafly and coauthors Ed Martin and Brett M. Decker set aside the circus of the campaign and zero in on eight defining points of the Trump agenda to convince Republican voters that Donald Trump—improbable as it may seem—is the true conservative they’ve been waiting for.

“In The Conservative Case for Trump, Phyllis Schlafly, Ed Martin, and Brett M. Decker show how President Trump can get our country back on the right track, and why Republicans and independents need to unify behind his candidacy.”

“Phyllis Schlafly is an American treasure who has been fighting the good fight for American sovereignty and cultural renewal for five decades. Without Phyllis, there’d be no Donald Trump. This book by Phyllis Schlafly, Ed Martin, and Brett Decker shows why Republicans not supporting Trump are helping elect Hillary Clinton.”