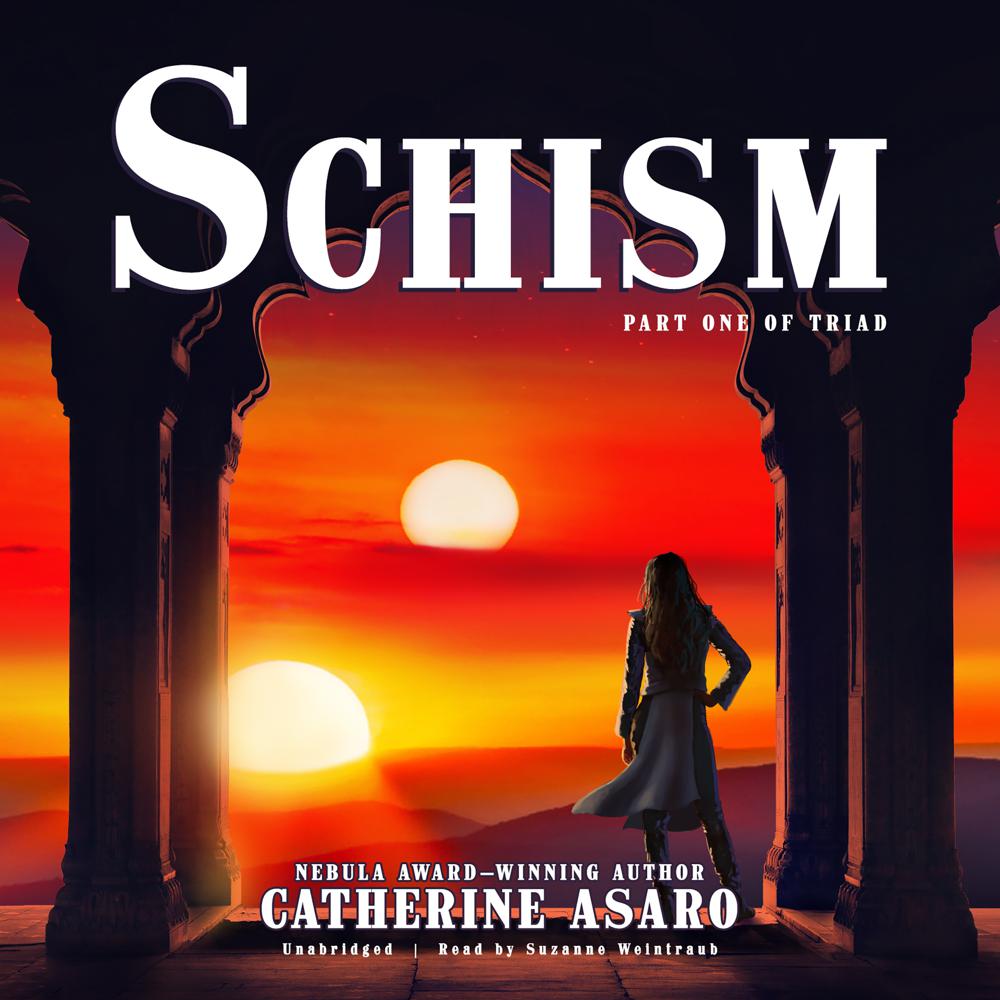 Schism (Triad, Book I) is the tenth novel in Catherine Asaro’s multiple-award-winning Skolian saga, and represents an excellent entry point into the series. An epic story of how the Ruby Dynasty reached maturity, Triad, divided into two books, reveals how a war of galactic proportions first explodes between two great empires.

Schism is how it all began, harkening back to the early years of the Skolian Empire, back to the beginning of the war between Skolia and the Euban Traders. Twenty-three years have passed since the fateful vote in the Skolian Assembly that Roca missed in Skyfall. It created the first open hostility between Eube and Skolia, which has only deepened in the ensuing years.

Now Eube senses an opportunity, for strife has riven the first family of the Skolian Empire. Sauscony, the daughter of Roca and Eldrinson, is ready to seek her fortune as an officer-in-training in the Skolian military. When her father forbids her to undertake such a dangerous path, a rupture develops as Soz chooses duty over family. Eube hopes to make this divide permanent, leaving the Empire ripe for conquest. And they’re willing to kill anyone to make it happen.

“Asaro’s strengths are in full force in Schism. She blends in-depth characterization, coming-of-age romance and royal intrigue with dollops of science to create a thought-provoking drama.”

“Asaro’s Skolian saga is now nearly as long and in many ways as compelling as Dune, if not more so, featuring a multitude of stronger female characters.”

“A searing space opera…[Asaro’s] usual attention to detail and mastery of characterization ensure that this is a worthy addition to an excellent series.”