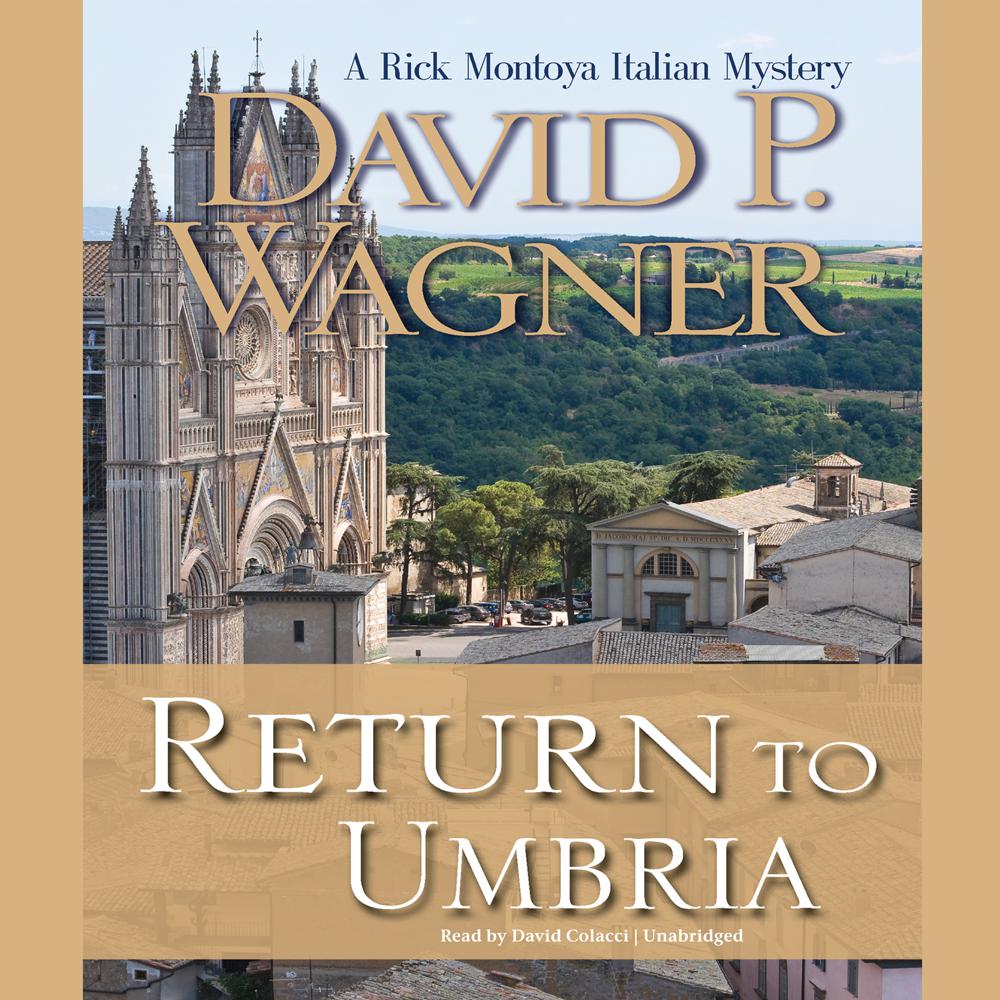 Orvieto―its very name brings to mind priceless art, colorful ceramics, and straw-colored wine. And the most famous cathedral façade in Italy, a structure of gothic spires, arches, statues, and mosaics. But as Rick Montoya discovers, this jewel of Umbria can have an ugly side as well.

When Rick Montoya moved to his mother’s Italy from his father’s Santa Fe, New Mexico, to work as a freelance translator using his dual heritage, he didn’t expect to be helping the Italian police. His maternal uncle, a high-level commissioner in Rome, however, sees no reason not to use the resources at hand.

Rick’s fourth investigation should not have involved crime. It begins when Rick is asked by his uncle to go to Orvieto to talk some sense into his cousin Fabrizio, whose fling with an older married woman is embarrassing the family. Rick agrees to give it a try, and plans a short but romantic weekend in Orvieto with Betta Innocenti, the woman he met in Bassano. What could go wrong?

Less than a day after their arrival, his language skills draw him into the brutal murder of an American visitor. He finds that he knows the policeman in charge, but Inspector LoGuercio has changed since the time they met in Volterra. The murdered woman had studied art in Italy decades earlier―why has she returned now? And why was she dumped at night on a dusty road? Through her traveling companions, her devastated daughter and best friend, as well as a growing list of those who knew her from her student days, they realize she had come to Orvieto to face the past. And then a second murder occurs in a public park, with Montoya so close that he wonders if he could have been the intended target. Is all this connected to Fabrizio and his affair, or to the American’s death? More violence erupts, some of it definitely directed at Rick himself.

Strong suspects, tantalizing secrets, concealed motives, and risky behaviors tie to a fascinating landscape and layers of Orvieto’s past.

“The beautiful Umbrian towns of Orvieto and Todi provide the setting for Wagner’s well-written fourth mystery featuring translator Rick Montoya…Wagner skillfully inserts nuggets of local culture without slowing down the narrative pace, and perhaps even more importantly, he gets Italy right. He understands the nuances of Italian manners and mentality as well as the glorious national preoccupation with food.”

“Rick is a charming and appealing amateur sleuth.”

“The author seamlessly weaves Italian life and culture into a mystery that involves secrets from the victim’s past and highlights a well-drawn main character.”

“I enjoyed the virtual visit to beautiful Italy…The author includes lots of cultural information and many delicious Italian meals while the protagonist works to solve a mystery.”