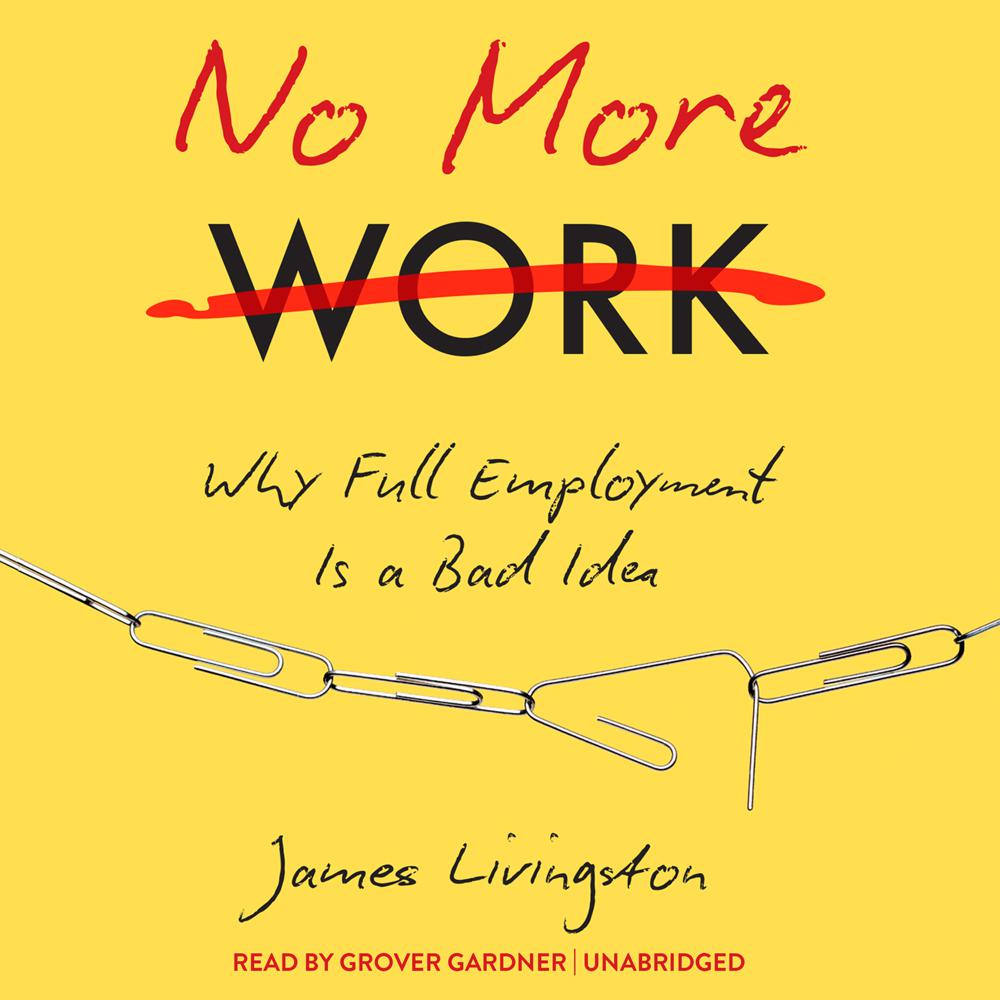 For centuries we’ve believed that work was where you learned discipline, initiative, honesty, self-reliance—in a word, character. A job was also, and not incidentally, the source of your income: if you didn’t work, you didn’t eat, or else you were stealing from someone. If only you worked hard, you could earn your way and maybe even make something of yourself.

In recent decades, through everyday experience, these beliefs have proven spectacularly false. In this book, James Livingston explains how and why Americans still cling to work as a solution rather than a problem—why it is that both liberals and conservatives announce that “full employment” is their goal when job creation is no longer a feasible solution for any problem, moral or economic. The result is a witty, stirring denunciation of the ways we think about why we labor, exhorting us to imagine a new way of finding meaning, character, and sustenance beyond our workaday world—and showing us that we can afford to leave that world behind.

“No More Work is, wonderfully, at once a rude book and a kind one. Livingston is bracingly impolite about the cult of capitalistic productivity, all in the service of the happiness and pleasure that could be ours if we demanded less toil from ourselves and more justice from our society.”

“James Livingston’s manifesto answers the question as to why Americans have such a ‘fetish’ with the idea of full employment and what happens when work in the United States disappears. Given the current debates about America’s economic status, modern American life, and dependence on Third World labor, Livingston’s new political theory poses a new self-understanding for Americans in an era of long-term unemployment.”

“Here we are treated to exhilarating leaps of the historical imagination—from the Bible to Daniel Bell—cushioned by a sensibility that is as radical as reality itself. ”