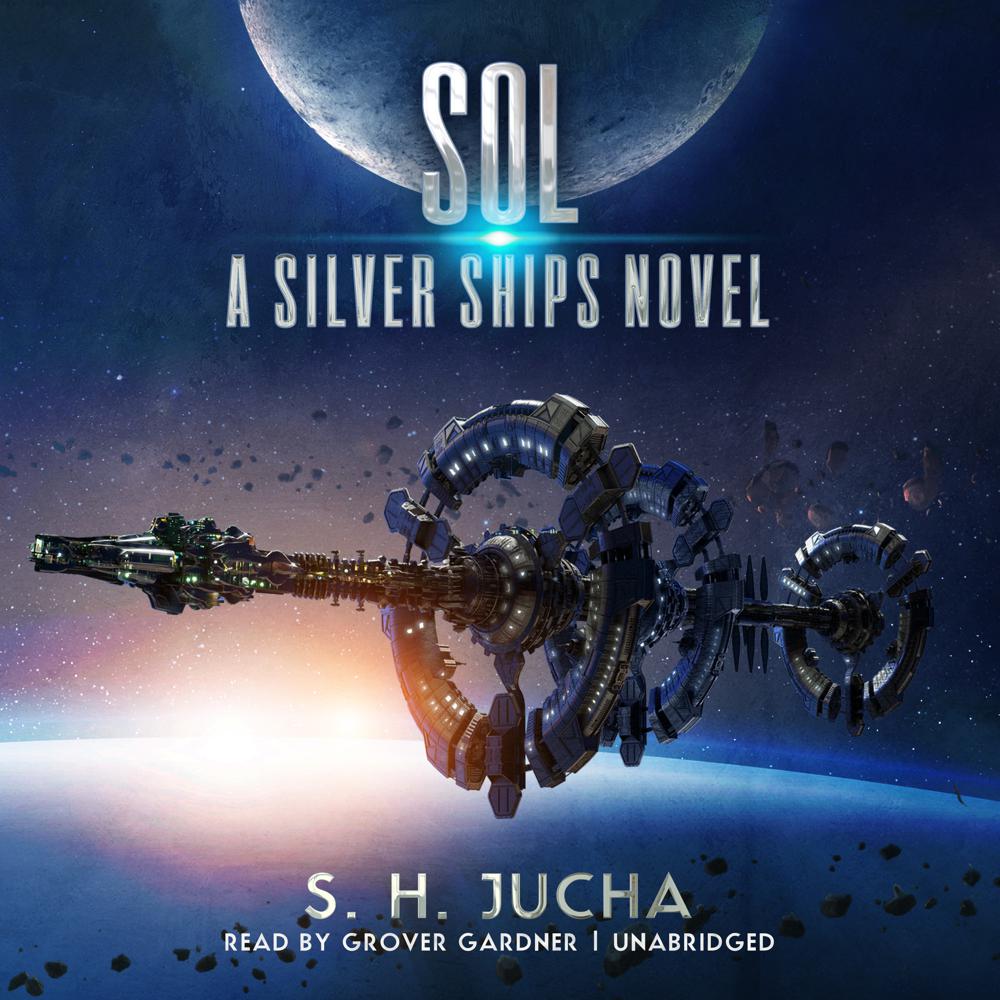 Sol’s warships paid the ultimate price for threatening the Haraken and New Terran worlds. Now, Haraken President Alex Racine and his Méridien partner, Renée de Guirnon, are engaged in a desperate gamble to stop a war between their worlds and United Earth’s (UE) massive forces before it starts.

What’s Alex’s grand plan? He hasn’t a clue, but his people believe in him and hope he will find a way to protect them. Alex does have powerful assets: the Haraken space fleet; the genius SADEs, mobile Haraken digital intelligences; and the defected UE scientists, who are providing a wealth of intelligence about their home world.

Arriving at Sol, Alex discovers the perfect opportunity to make his statement to the UE Supreme Tribunal in the form of the aging Idona Station, which has fallen into disrepair as UE militia and rebels battle for control. Alex explains his unorthodox plan when he says, “The UE tribunes will succumb when we overpower them with prosperity.”

The Harakens work to meld Idona’s militia, stationers, and rebels into the Haraken’s view of the world, one based on peace, purpose, and equality. The Tribunal is at odds over the Harakens’ interference in their system, forcing the rifts in the UE’s political structure to widen into chasms.

In the exciting conclusion to Haraken, the series’ previous book, Sol is the story of a clash of cultures and ideals as Earthers struggle to find a way toward a successful new future.