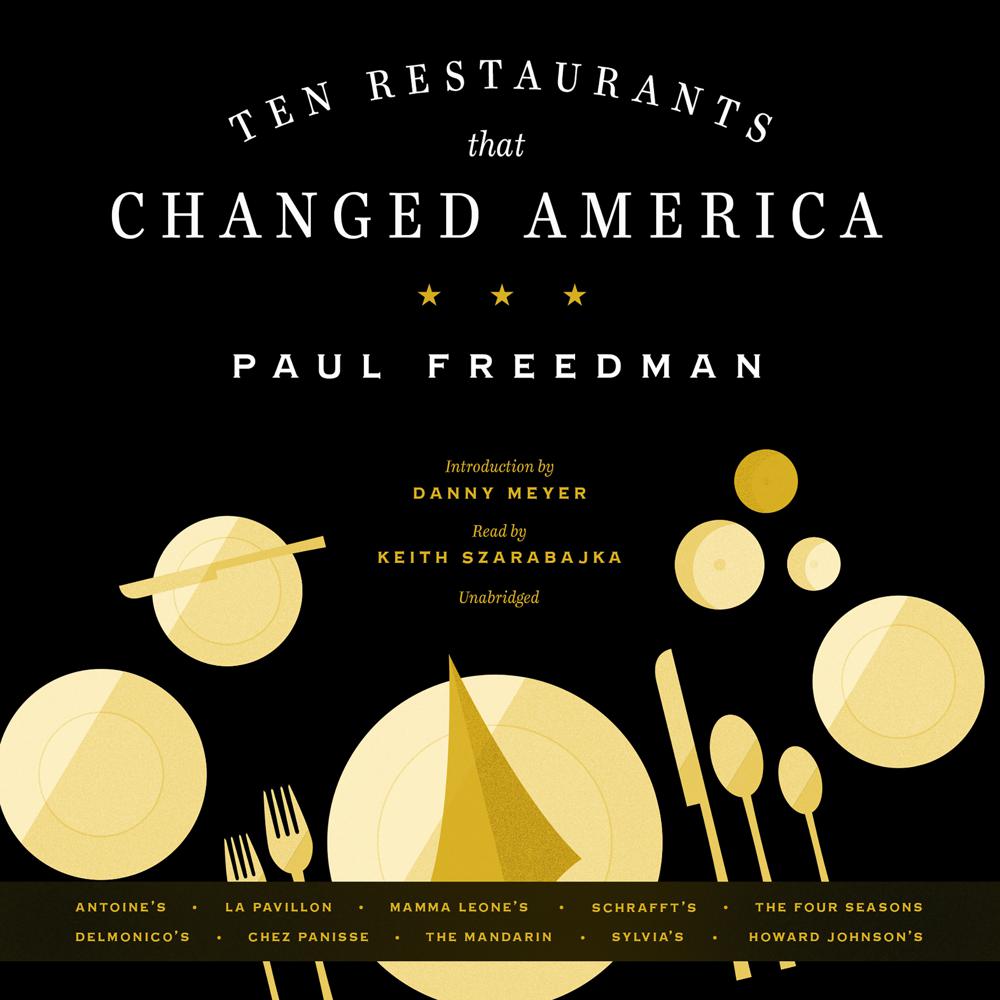 From Delmonico’s to Sylvia’s to Chez Panisse, a daring and original history of dining out in America as told through ten legendary restaurants

Combining a historian’s rigor with a foodie’s palate, Ten Restaurants That Changed America reveals how the history of our restaurants reflects nothing less than the history of America itself.

Whether charting the rise of our love affair with Chinese food through San Francisco’s fabled the Mandarin, evoking the richness of Italian food through Mamma Leone’s, or chronicling the rise and fall of French haute cuisine through Henri Soulé’s Le Pavillon, food historian Paul Freedman uses each restaurant to tell a wider story of race and class, immigration and assimilation. Freedman also treats us to a scintillating history of the then-revolutionary Schrafft’s, a chain of convivial lunch spots that catered to women, and that bygone favorite, Howard Johnson’s, which pioneered on-the-road dining, only to be swept aside by McDonald’s.

Ten Restaurants That Changed America is a significant and highly entertaining social history.

“Fascinating….Mr. Freedman’s book suggests that it’s not ultimately restaurants that change America―it’s the people in the kitchen.”

“A book as much about the contradictions and contrasts in this country as it is about its places to eat. It is designed to keep you up, thinking, and, as I did this summer, returning to its rich, and often troubling, pages.”

“The restaurants Freedman features aren’t necessarily the finest, but they represent a range of pivots in the nation’s history. Howard Johnson’s, for example, appealed to families and pioneered franchising as a shrewd business plan. Chez Panisse’s focus on local ingredients continues to shape American taste.”

“Effectively makes the case that the story of America’s restaurants is one of changing immigration patterns, race relations, gender and family roles, work obligations, and leisure habits…[Freedman’s] insights are shrewd.”

“Eminently readable…In a narrative that is intellectually delicious, Freedman presents a new way of thinking about ‘you are what you eat.’”

“Paul Freedman, one of the world’s most learned food writers, has focused his extraordinary scholarship on a deconstruction of American dining from the corner deli to Chez Panisse. If you enjoy a brown paper bag of fried clams as much as a fourteen-course tasting menu, and ever wondered how it all came to be a part of daily American life, this is the book for you. Ten Restaurants That Changed America is the most enlightening kind of history, as Freedman takes a fresh look at what we take for granted and reveals the extraordinary matrix of cultural and culinary currents that have made it all possible.”

“The most important and entertaining book on the subject of food that I’ve read in years…Witty, sensitive, surprisingly sensuous―more, please!”

“Pleasure without snobbery: Paul Freedman’s book is itself exactly what the very best American food has always been.”