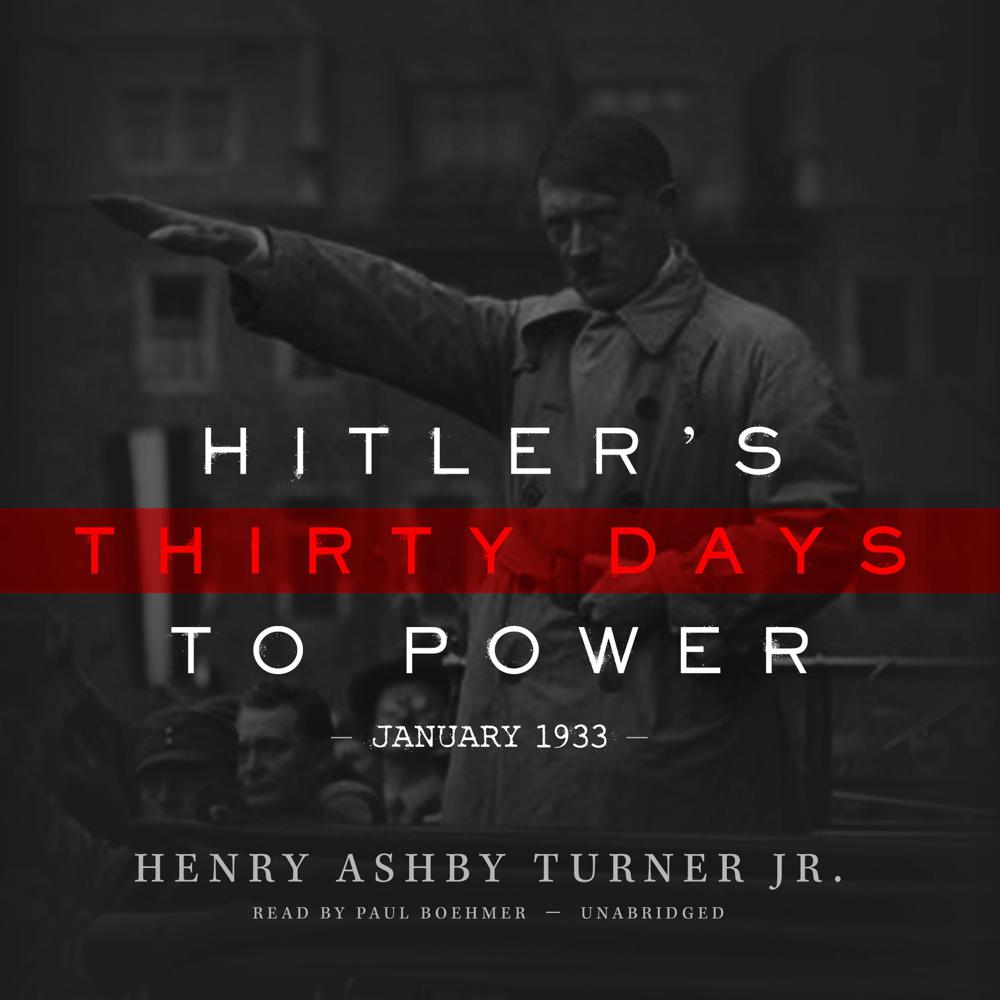 “[Hitler’s Thirty Days to Power] represents powerful confirmation of the value of conventional political history and, more specifically, of the study of high politics.”

“Although many of the facts are known, this study reveals that the Nazi dictator did not come to power as the result of ‘impersonal forces’…At a time of mortal peril for Germany—and the world—intrigue was the order of the day in Berlin. Turner follows the machinations of the principals…Students of German history and extremist movements should enjoy this fast-paced narrative.”

“[A] well-written, thoughtful account…Turner has used a variety of documentary sources, including materials newly available in the Moscow archives, to provide a model of scholarly work…[with] valuable insights for any library collection that includes European history; Turner’s book is likely to be the definitive study of its subject for years to come.”

“Turner’s blow-by-blow account of Hindenburg’s appointment of Hitler as chancellor of Germany is first-rate…Turner recounts…this, as it turned out, disastrous moment in history. A gripping, foreboding narrative.”

“[In] a compelling day-by-day account…Turner makes clear that without Hindenburg’s obtuseness, Schleicher’s ineptitude, and Papen’s overweening ambition, Hitler would not have been appointed chancellor…A chilling account.”

“Gives the best and fullest account of the ‘make or break’ month of January 1933, which, against the odds, and at the last moment, saw Hitler emerge as German chancellor. But, unlike other historians…Turner asks what were the alternatives, what would have happened if Hitler had failed to get the chancellorship.”