Moab Is My Washpot
Stephen Fry 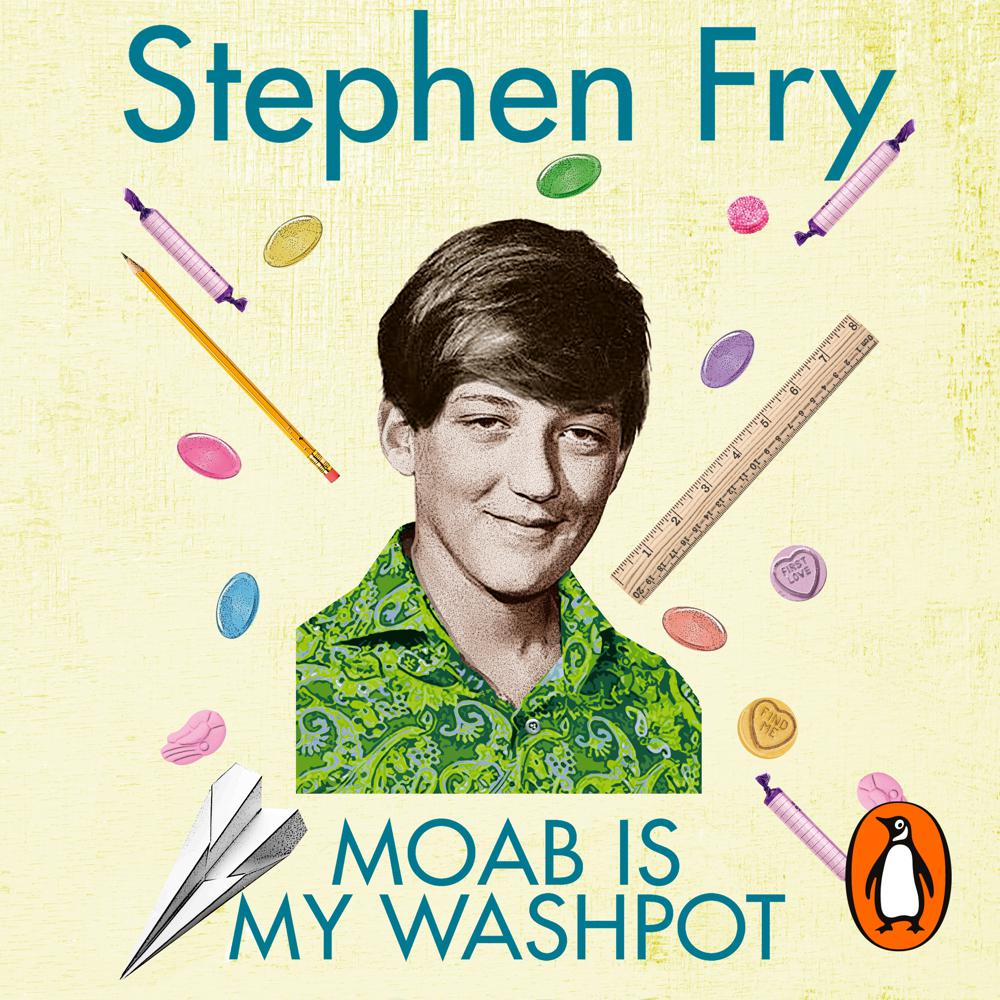 Few people serve time in prison before studying at Cambridge. You might be surprised to know that Stephen Fry is one of them.

It's the story of a boy sent to a boarding school 200 miles from home at the age of seven, who survives beatings, misery, love, ecstasy, carnal violation, expulsion, imprisonment, criminal conviction, probation and catastrophe to emerge, at eighteen, ready to try and face the world in which he had always felt a stranger.

Fry writes with the wit and warmth which have become his hallmark, but with shocking candour too. For anyone seeking to understand one of Britain's greatest cultural treasures, this book is utterly essential reading.

Stephen Fry is one of the great originals ... This autobiography of his first twenty years is a pleasure to read, mixing outrageous acts with sensible opinions in bewildering confusion ... That so much outward charm, self-awareness and intellect should exist alongside behaviour that threatened to ruin the lives of innocent victims, noble parents and Fry himself, gives the book a tragic grandeur and lifts it to classic status

This is one of the most extraordinary and affecting biographies I have read . . . Stephen is . . . painfully honest when trying to grapple with his ever-present demons, and often, as you might expect, very funny

One of the most poignant, funny, intelligent, frank and horribly addictive books you're likely to read all year

He writes superbly about his family, about his homosexuality, about the agonies of childhood ... some of his bursts of simile take the breath away ... his most satisfying and appealing book so far

A remarkable, perhaps even unique, exercise in autobiography ... that aroma of authenticity that is the point of all great autobiographies: of which his, I rather think, is one