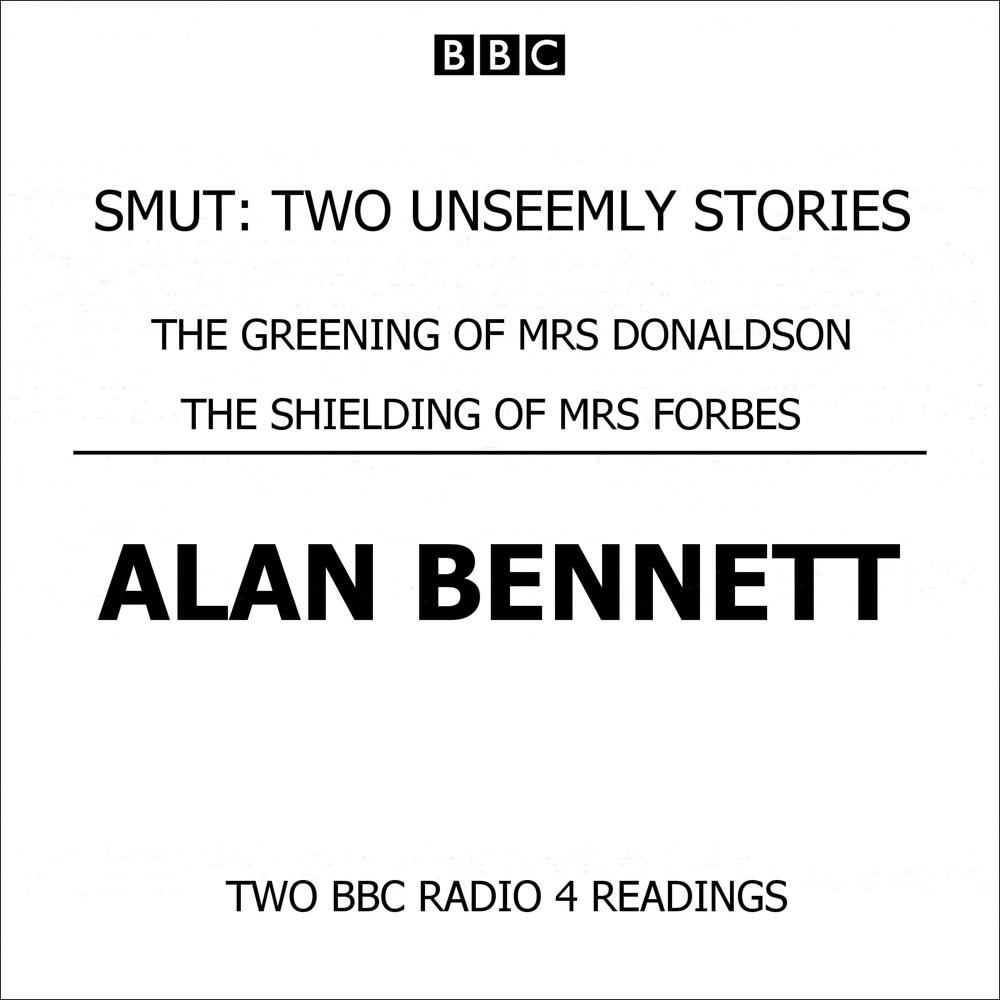 Two unexpected tales written and read by the best-selling author of The Uncommon Reader, Untold Stories and The History Boys.
"The Greening of Mrs Donaldson" - Mrs Donaldson is a conventional middle-class woman beached on the shores of widowhood after a marriage that had been much like many others: happy to begin with, then satisfactory and finally dull. But when she decides to take in two lodgers, her mundane life becomes much more stimulating…
"The Shielding of Mrs Forbes" - Graham Forbes is a disappointment to his mother, who thinks that if he must have a wife, he should have done better. True, her own husband isn’t all that satisfactory either. Still, this is Alan Bennett, so what is happening in the bedroom (and in lots of other places too) is altogether more startling, perhaps shocking, and ultimately more true to people’s predilections