Doctor Who At The BBC: A Legend Reborn
BBC 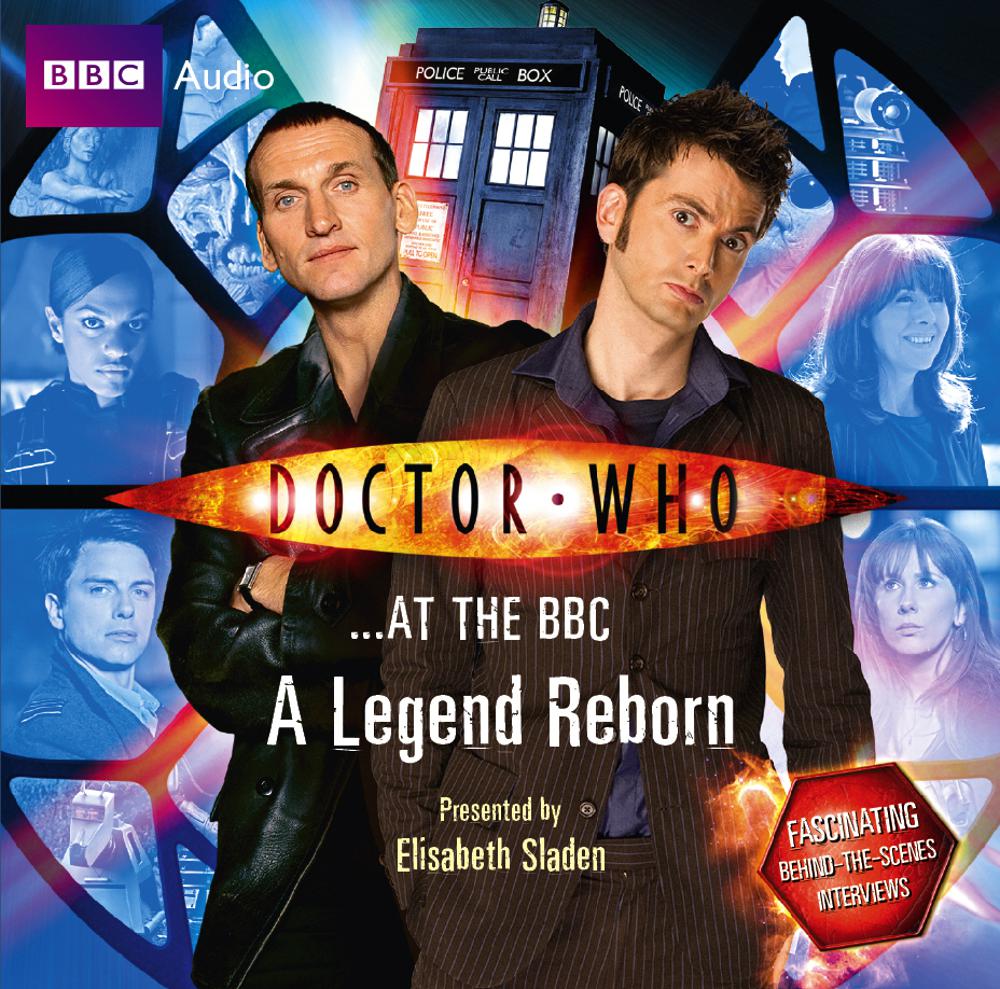 In 2005, after sixteen years off-air, Doctor Who returned to BBC Television – and soon became more popular than ever before. In this special anthology of clips and interviews, featuring newly-released material, Elisabeth Sladen journeys back to the recent past to delve into the show’s dazzling success. With the help of extracts from radio programmes as diverse as Go 4 It, Jo Whiley, PM, Newsbeat and The Now Show, she explores the run-up to the launch of Series 1 and follows the programme’s progress right up to 2009, with the impending departure of David Tennant. Featuring the voices of David Tennant, Catherine Tate, Christopher Eccleston, Kylie Minogue, Freema Agyeman, Russell T Davies and many others, this is an absorbing retrospective look at how Doctor Who returned to our screens to capture the hearts of millions of fans.

features comments from the likes of Tennant, Catherine Tate, Christopher Eccleston, Kylie Minogue, Freema Agyeman and Russell T. Davies, and acts as a perfect tribute to all of their achievements in helping ensure the return of Doctor Who was such a dazzling success.