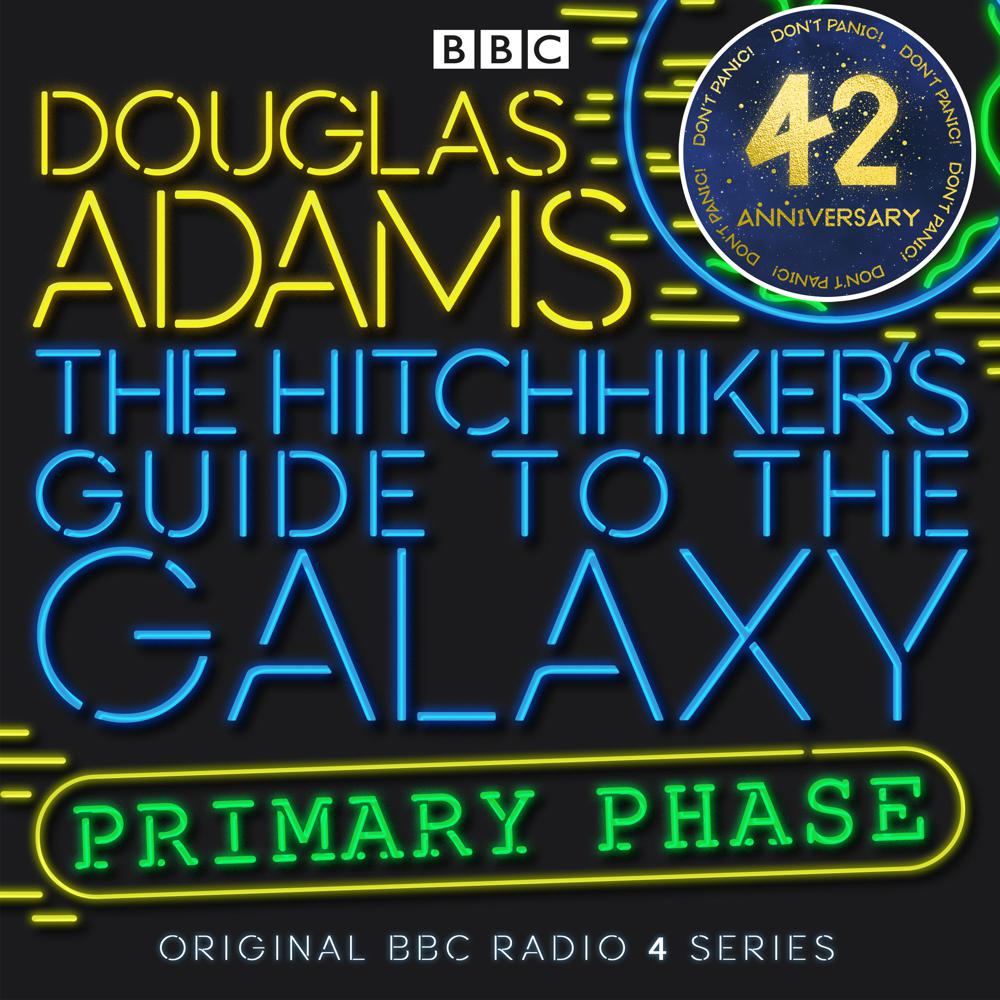 The original series of The Hitchhiker's Guide to the Galaxy, remastered by Dirk Maggs (director of the Tertiary, Quandary and Quintessential Phases) to give a full, vibrant sound, now with Philip Pope's version of the familiar theme tune and specially re-recorded announcements by John Marsh.

Join Arthur Dent, Ford Prefect,Trillian, Zaphod Beeblebrox and Marvin the Paranoid Android in their first series of adventures as they witness the destruction of Earth to make way for a hyperspace bypass, stumble upon the ancient planet of Magrathea, dine at the Restaurant at the End of the Universe, and seek an answer to the Ultimate Question of Life, The Universe And Everything.

A special 55-minute bonus programme, Douglas Adams's Guide to the Hitchhiker's Guide to the Galaxy, explores the genesis of the radio series and its incredible success, with contributions from the original cast andproduction team.

Audio files were replaced in April 2021