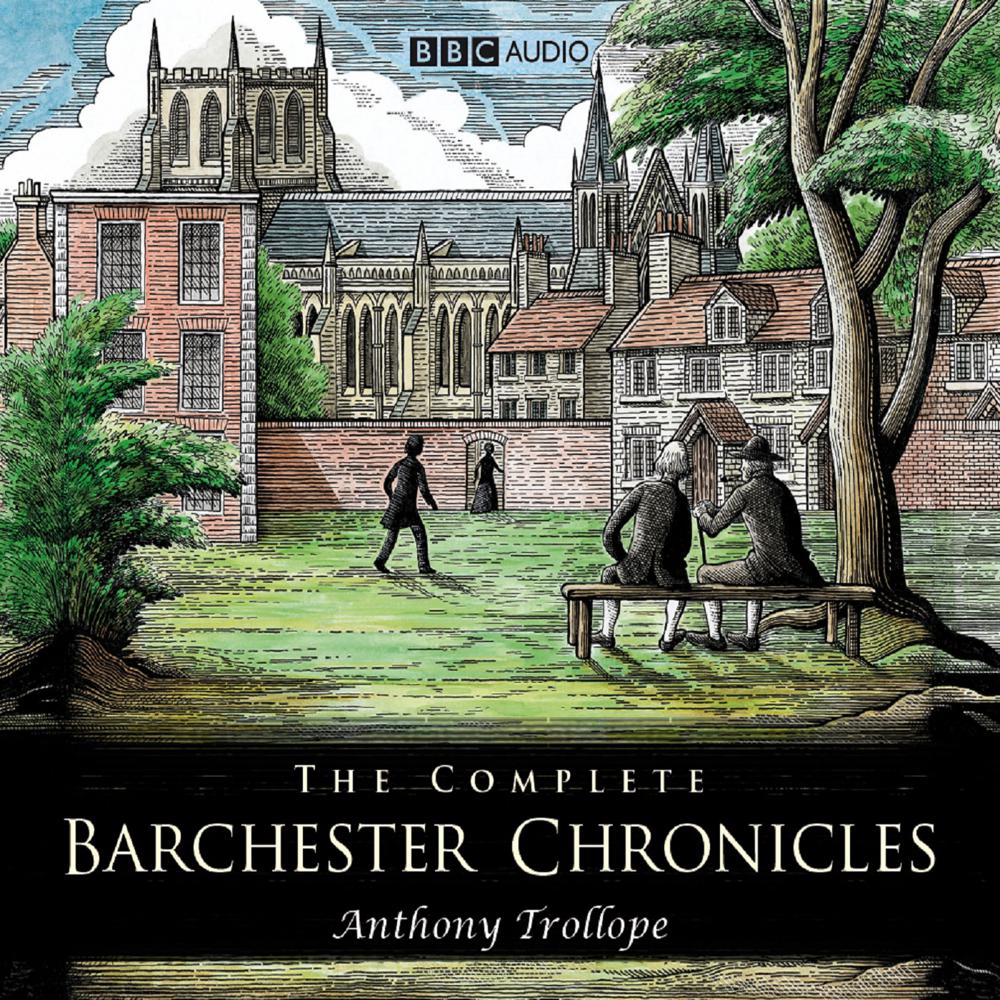 One of the most respected, successful chroniclers of nineteenth-century life, Anthony Trollope is still widely-read and much-loved today, and The Barchester Chronicles - witty moral comedies with a wonderful range of characters - are among his most popular tales.

The first in the series, The Warden, finds Rev. Harding forced to question the moral basis of the life he is leading; and in the sequel, Barchester Towers, the Reverend is now plain Mr Harding, bound up in a tale of intrigue, hypocrisy and ambition that will delight the listener.

Dr Thorne is a gripping drama of wealth and wedlock; while Framley Parsonage tells the story of a naive, ambitious young clergyman whose unwise associations bring him to the brink of ruin. The Small House at Allington explores the power of devotion, in the form of Lily Dale’s love for self-seeking Adolphus Crosbie.

Finally, The Last Chronicle of Barset sees the most popular characters from Trollope’s earlier novels, including the Proudies, Lily, Mr Harding and Archdeacon Grantly, reunited in a moving tale of honesty triumphing over hypocrisy.

Nearly twenty hours of ironic, witty and wonderfully written drama is contained in this box set. With a star cast including Brenda Blethyn, Eleanor Bron, Kenneth Cranham, Anna Massey, Leo McKern, Simon Russell Beale and Amanda Root, it is guaranteed to appeal to all fans of Trollope’s comic masterpieces.