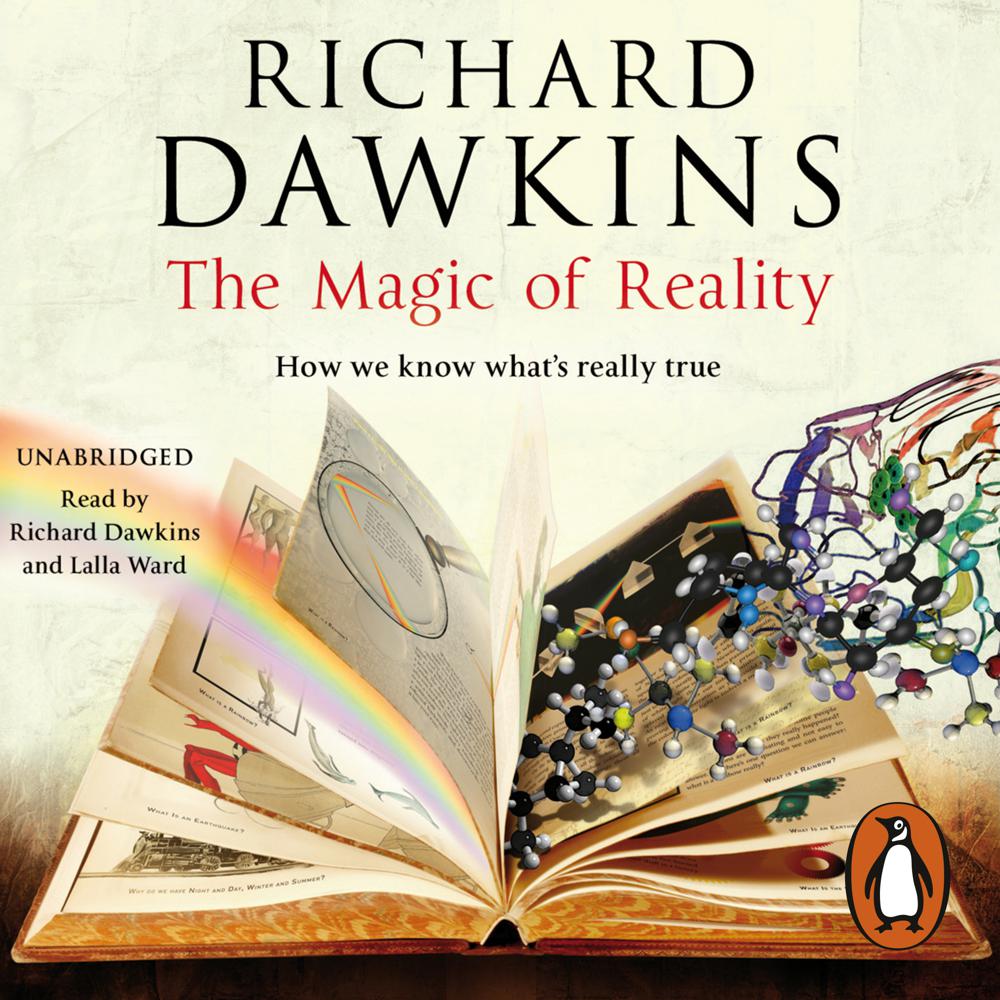 What are things made of?
What is the sun?
Why is there night and day, winter and summer?
Why do bad things happen?
Are we alone?

Throughout history people all over the world have invented stories to answer profound questions such as these. Have you heard the tale of how the sun hatched out of an emu's egg? Or what about the great catfish that carries the world on its back? Has anyone ever told you that earthquakes are caused by a sneezing giant? These fantastical myths are fun - but what is the real answer to such questions?

The Magic of Reality, with its explanations of space, time, evolution and more, will inspire and amaze listeners of all ages - young adults, adults, children, octogenarians.This book presents the real story of the world around us, taking us on an enthralling journey through scientific reality, and showing that it has an awe-inspiring beauty and thrilling magic which far exceed those of the ancient myths.

We encounter rainbows, earthquakes, tsunamis, shooting stars, plants, animals, and an intriguing cast of characters in this extraordinary scientific voyage of discovery. Richard Dawkins has created a dazzling celebration of our planet that will entertain and inform for years to come.