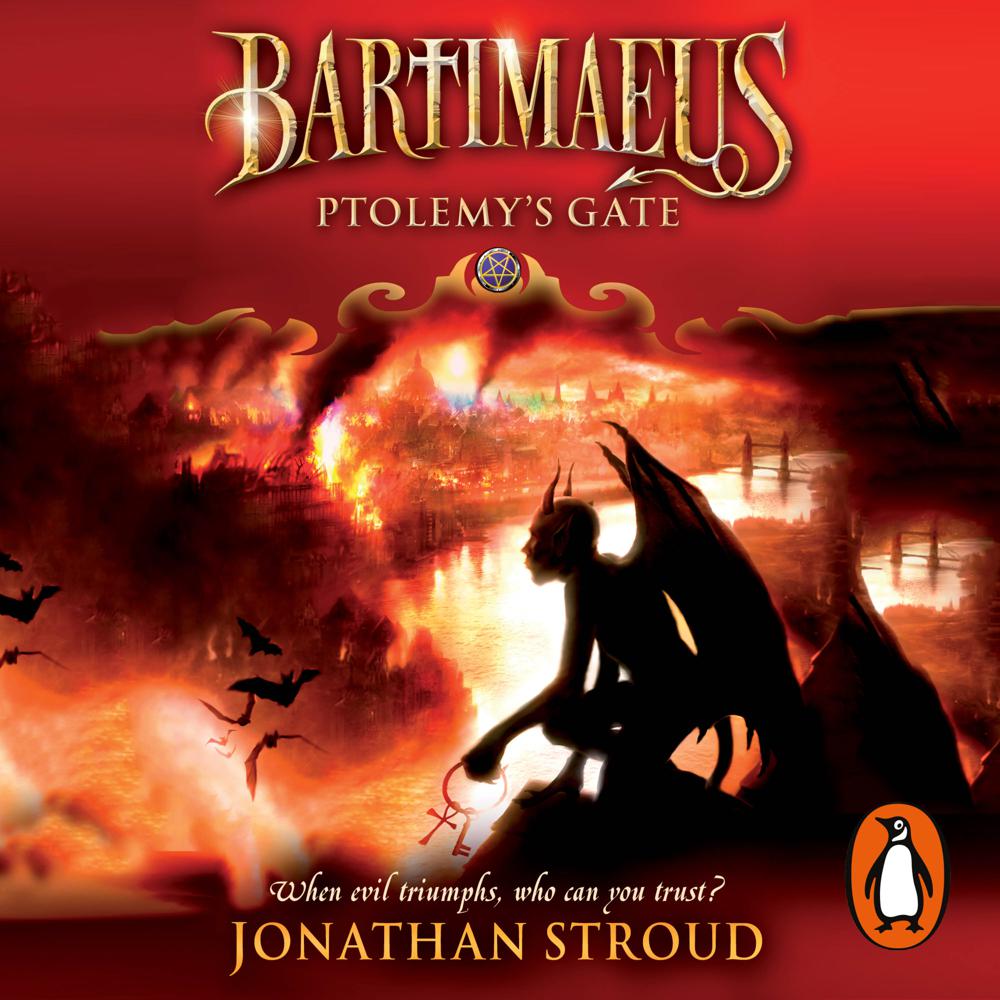 The tremendous climax of the Bartimaeus sequence.

Three years on from the events in The Golem's Eye, the magicians' rule in London is teetering on a knife-edge, with strikes, riots and general unrest. The Prime Minister is largely controlled by two advisers, one of whom is 17-year-old Nathaniel. Meanwhile, living under a false identity, Kitty has been researching djinn; she has come to believe that the only way to destroy the magicians is with an alliance between djinn and ordinary people.

Kitty seeks out Bartimaeus and embarks on a terrifying journey into the djinn's chaotic domain – the Other Place – which no human being has ever survived. But even as she does so, Makepeace engineers a dramatic coup d'etat.

The outcome is a shattering of the magicians' control and all magical laws are turned upside down. Can Bartimaeus, Nathaniel and Kitty settle old scores to prevent the earth's destruction?

There are many delights to savour in this series. First and foremost, the wonderful, sardonic voice of the all-knowing and all-weary Bartimaeus

As witty and orginal as the first two books in the series, Ptolemy's Gate is fast, funny, inspired writing for children at its best

The return of one of my favourite ever characters . . . Completes the brilliant Bartimaeus trilogy