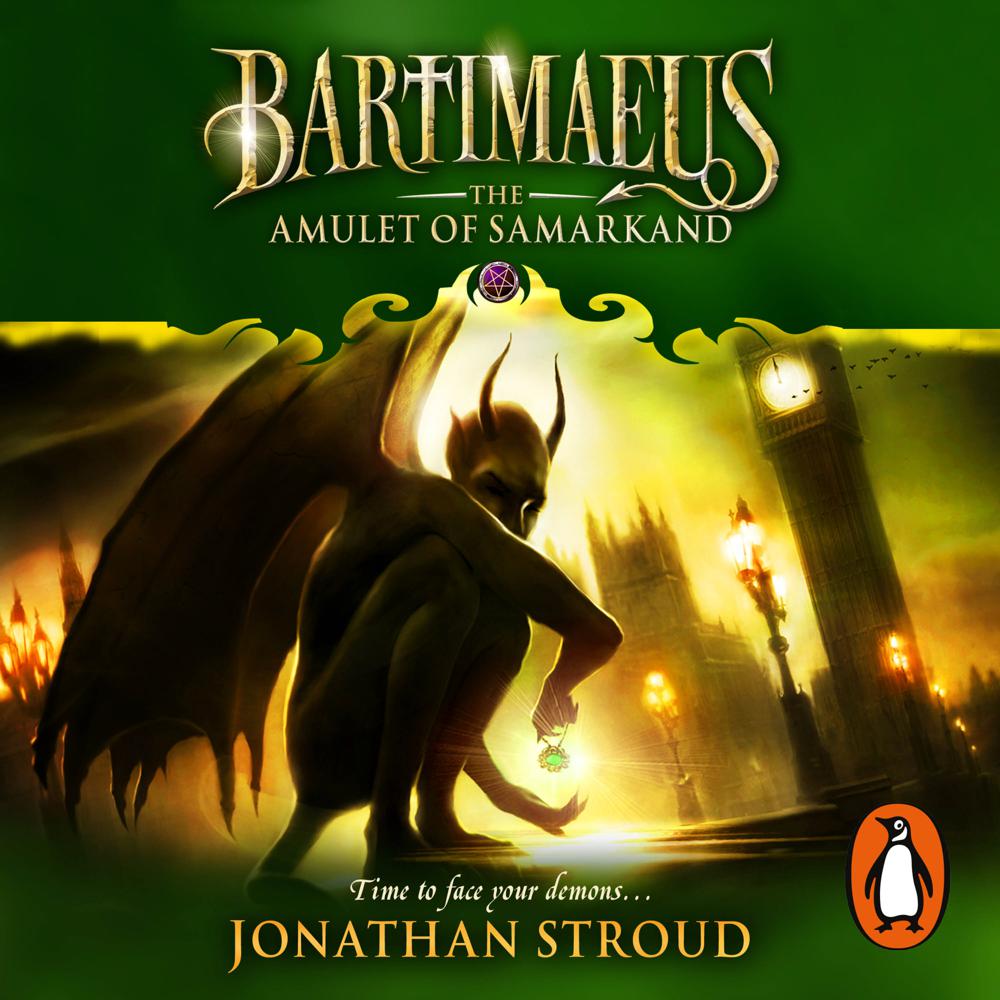 The first volume in the brilliant, bestselling Bartimaeus sequence.

When the 5,000-year-old djinni Bartimaeus is summoned by Nathaniel, a young magician's apprentice, he expects to have to do nothing more taxing than a little levitation or a few simple illusions. But Nathaniel is a precocious talent and has something rather more dangerous in mind: revenge. Against his will, Bartimaeus is packed off to steal the powerful Amulet of Samarkand from Simon Lovelace, a master magician of unrivalled ruthlessness and ambition. Before long, both djinni and apprentice are caught up in a terrifying flood of magical intrigue, murder and rebellion.

Set in a modern-day London controlled by magicians, this hilarious, electrifying thriller will enthral readers of all ages.

The narrative slips skilfully from first person to third and back and Bartimaeus's voice is laugh-out-loud sassy, while Nathaniel's story has an engaging poignancy as he tries to prove himself in a world in which he has always been despised