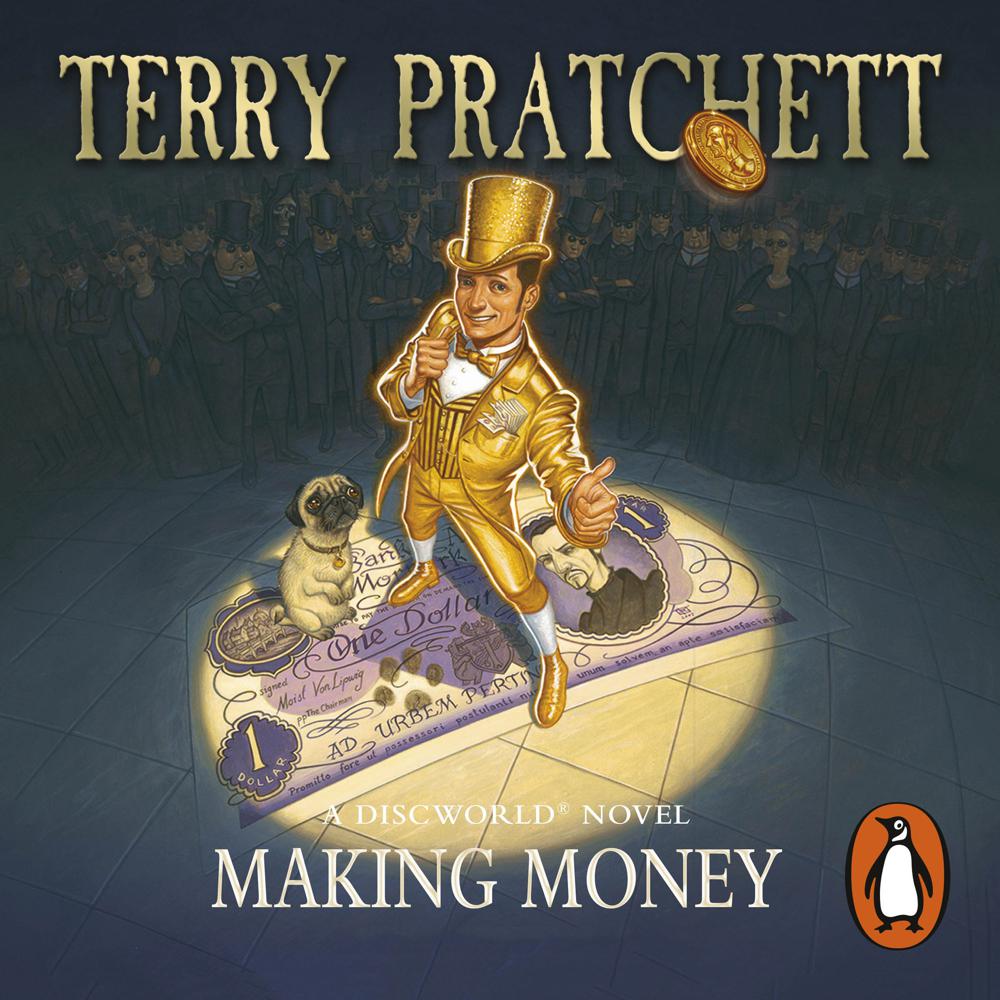 It's an offer you can't refuse.

Who would not to wish to be the man in charge of Ankh-Morpork's Royal Mint and the bank next door?

It's a job for life. But, as former con-man Moist von Lipwig is learning, the life is not necessarily for long.

The Chief Cashier is almost certainly a vampire. There's something nameless in the cellar (and the cellar itself is pretty nameless), it turns out that the Royal Mint runs at a loss. A 300 year old wizard is after his girlfriend, he's about to be exposed as a fraud, but the Assassins Guild might get him first. In fact lot of people want him dead

Oh. And every day he has to take the Chairman for walkies.

Although Terry Pratchett's comic novels are set in the imaginary Discworld, do not assume that they are divorced from contemporary concerns. His latest is almost spookily relevant...As bright and shiny as a newly minted coin; clever, engaging and laugh-out-loud funny.

Remarkably topical timing, concerning as it does major wobbles in the financial system brought about by unscrupulous and idiotic banking practices...Most writing on the economy is either opaque or depressing; this is funny.

If you've never read Discworld, then perhaps you're unaware that what started out as a very funny fantasy spoof quickly became the finest satirical series running. It has dealt with - among many other topics - racism, sexism, journalism, death, war, the army, the Inquisition, the ambiguous nature of good and evil, and the uncomfortable power of narrative, all in novels that are smart, hilarious and humane. Come to think of it, if you've never read a Discworld novel, what's the matter with you?

Terry Pratchett is a comic genius.

Along the way Pratchett shines as he mocks modern society whilst taking us on a merry chase inside the pages. As with all his novels, Making Money is very readable and the constant edge of gentle sardonicism rarely grates.