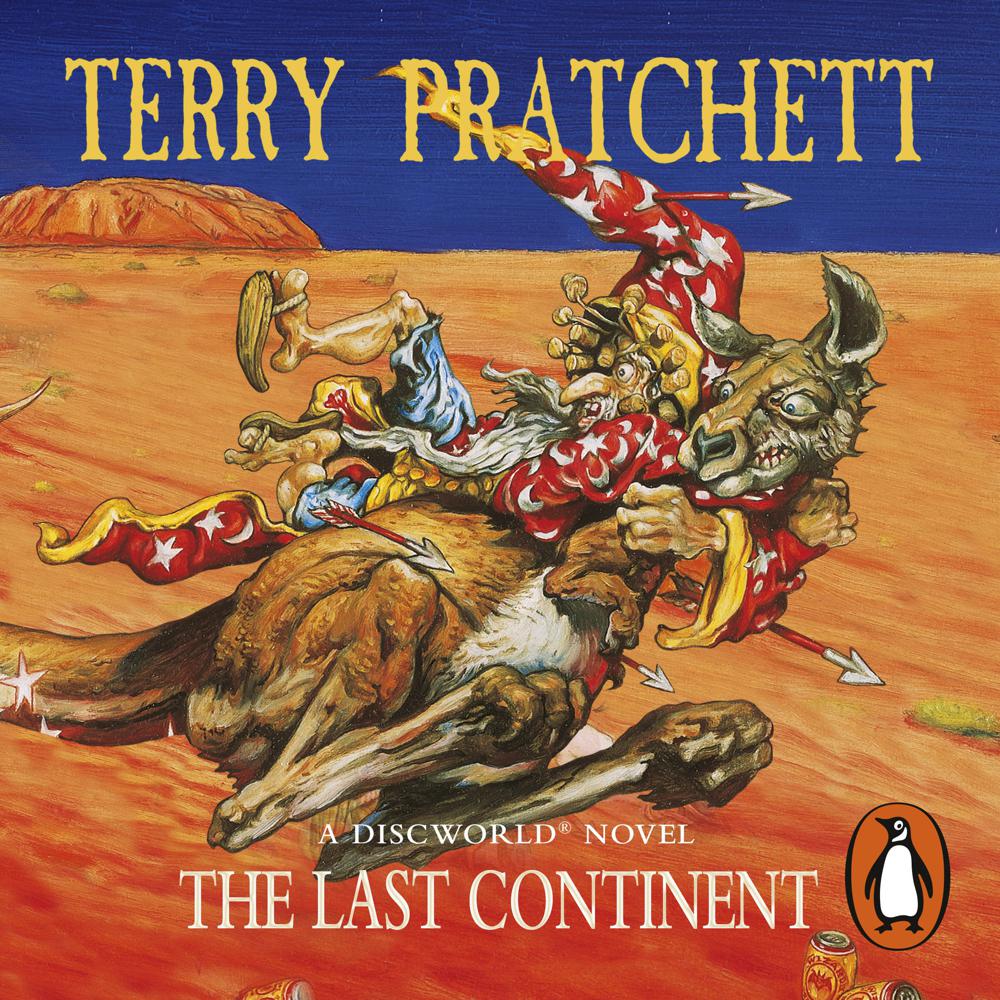 'Anything you do in the past changes the future. The tiniest little actions have huge consequences. You might tread on an ant now and it might entirely prevent someone from being born in the future.'

There's nothing like the issue of evolution to get under the skin of academics. Even if their field of expertise is magic rather than biology. With the best and most interfering minds of Unseen University somehow left in charge at a critical evolutionary turning point, the Discworld’s last continent needs a saviour…

Who is this hero striding across the red desert? Sheep shearer, beer drinker, bush ranger, and someone who'll even eat a Meat Pie Floater when he's sober.

In fact, it's Rincewind, a wizard so inept he can't even spell wizard. He's the only hero left.