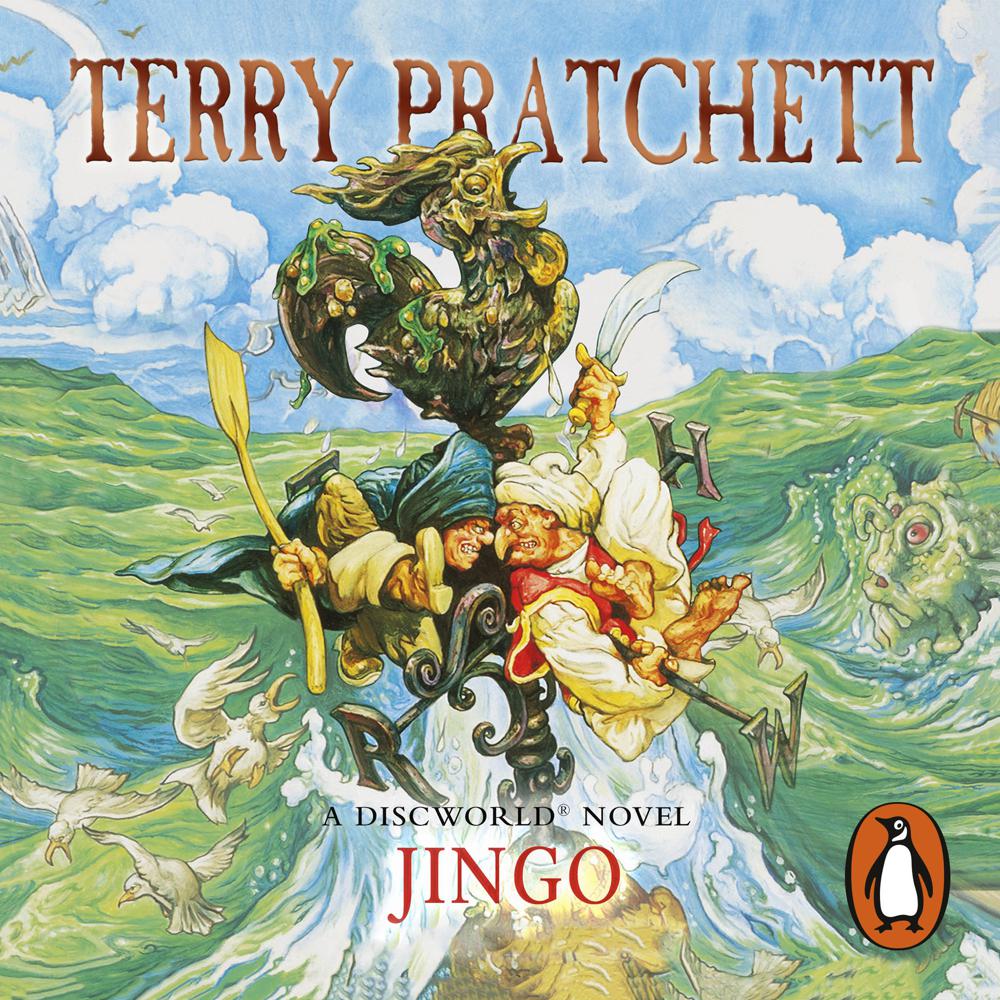 'Neighbours... hah. People'd live for ages side by side, nodding at one another amicably on their way to work, and then some trivial thing would happen and someone would be having a garden fork removed from their ear.'

Throughout history, there's always been a perfectly good reason to start a war. Never more so if it is over a 'strategic' piece of old rock in the middle of nowhere. It is after all every citizen's right to bear arms to defend what they consider to be their own. Even if it isn't. And in such pressing circumstances, you really shouldn't let small details like the absence of an army or indeed the money to finance one get in the way of a righteous fight with all the attendant benefits of out-and-out nationalism...

'One of those rare writers who appeals to everyone... He satisfies the need for fast-moving breathtaking plots with entirely satisfying endings, and the equally primitive desire for an alternative world, full of thrills but benign, into which one can step for pleasure and enlivenment'

'Generous, amusing and the ideal boarding point for those who have never visited Discworld'

'Pratchett's writing is a constant delight. No one mixes the fantastical and the mundane to better comic effect or offers sharper insights into the absurdities of human endeavour'