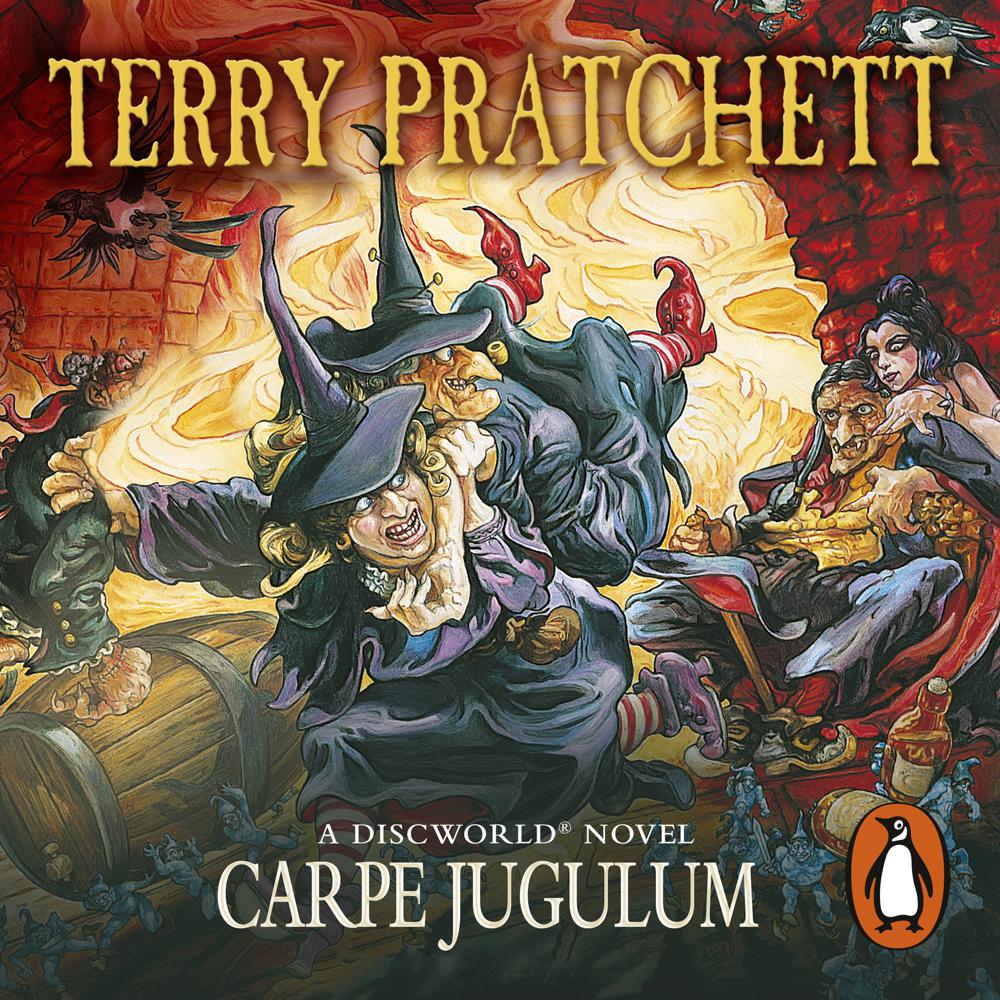 Mightily Oats has not picked a good time to be priest.

He thought he'd come to the mountain kingdom of Lancre for a simple little religious ceremony. Now he's caught up in a war between vampires and witches, and he's not sure there is a right side.

There's the witches - young Agnes who is really in two minds about everything, Magrat, who is trying to combine witchcraft and nappies, Nanny Ogg who is far too knowing ... and Granny Weatherwax, who is big trouble.

And the vampires are intelligent - not easily got rid of with a garlic enema or going to the window, grasping the curtains and saying 'I don't know about you, but isn't it a bit stuffy in here?' They've got style and fancy waistcoats. They're out of the casket and want a bite of the future.

Mightily Oats knows he has a prayer, but he wishes he had an axe.

'He will remain an enduring, endearing presence in comic literature'