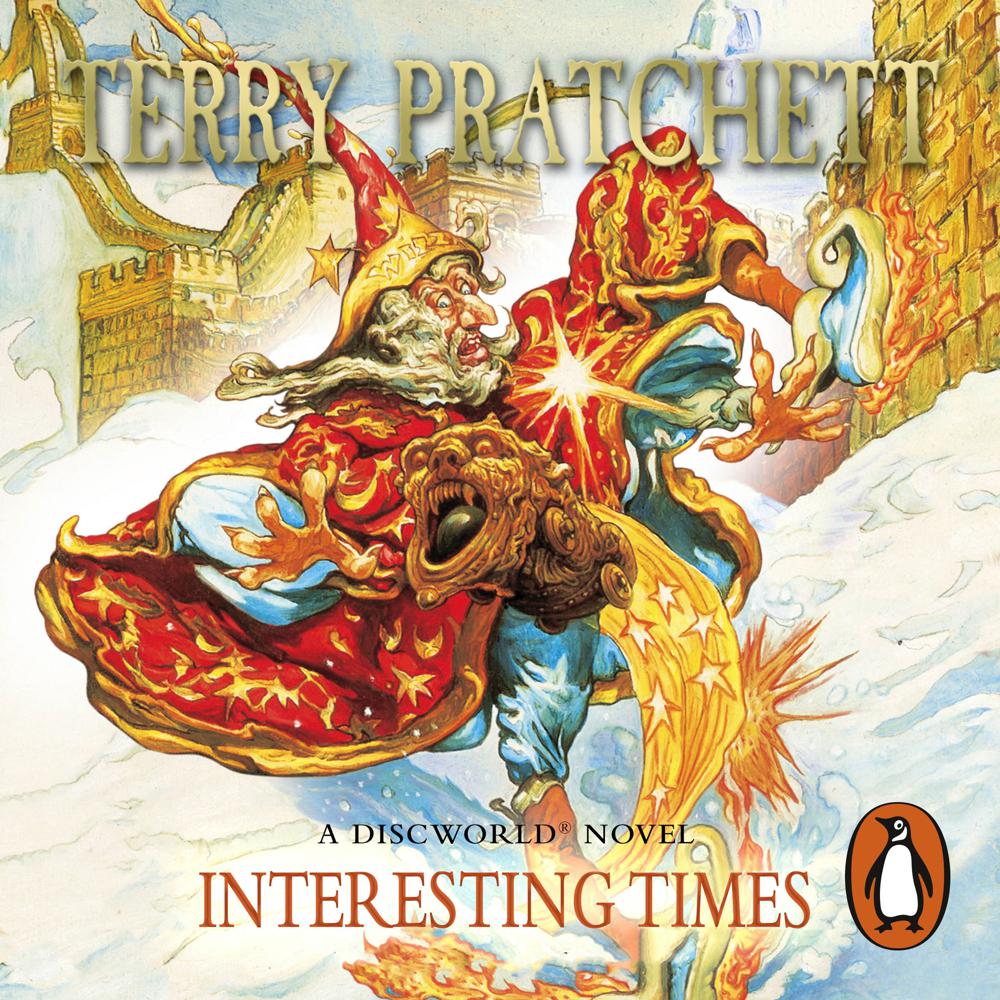 'A foot on the neck is nine points of the law'

There are many who say that the art of diplomacy is an intricate and complex dance between two informed partners, determined by an elaborate set of elegant and unwritten rules. There are others who maintain that it's merely a matter of who carries the biggest stick. Like when a large, heavily fortified and armoured empire makes a faintly menacing request of a much smaller, infinitely more cowardly neighbour. It would be churlish, if not extremely dangerous, not to comply - particularly if all they want is a wizard, and they don't specify whether competence is an issue...

'Imagine a collision between Jonathan Swift at his most scatalogically-minded and J.R.R Tolkein on speed... This total mess of- I suppose- a novel, is the joyous outcome'

'Funny, delightfully inventive, and refuses to lie down in its genre'

'Pratchett is as funny as Wodehouse and as witty as Waugh'

'Cracking dialogue, compelling illogic and unchained whimsy... Pratchett has a subject and a style that is very much his own'