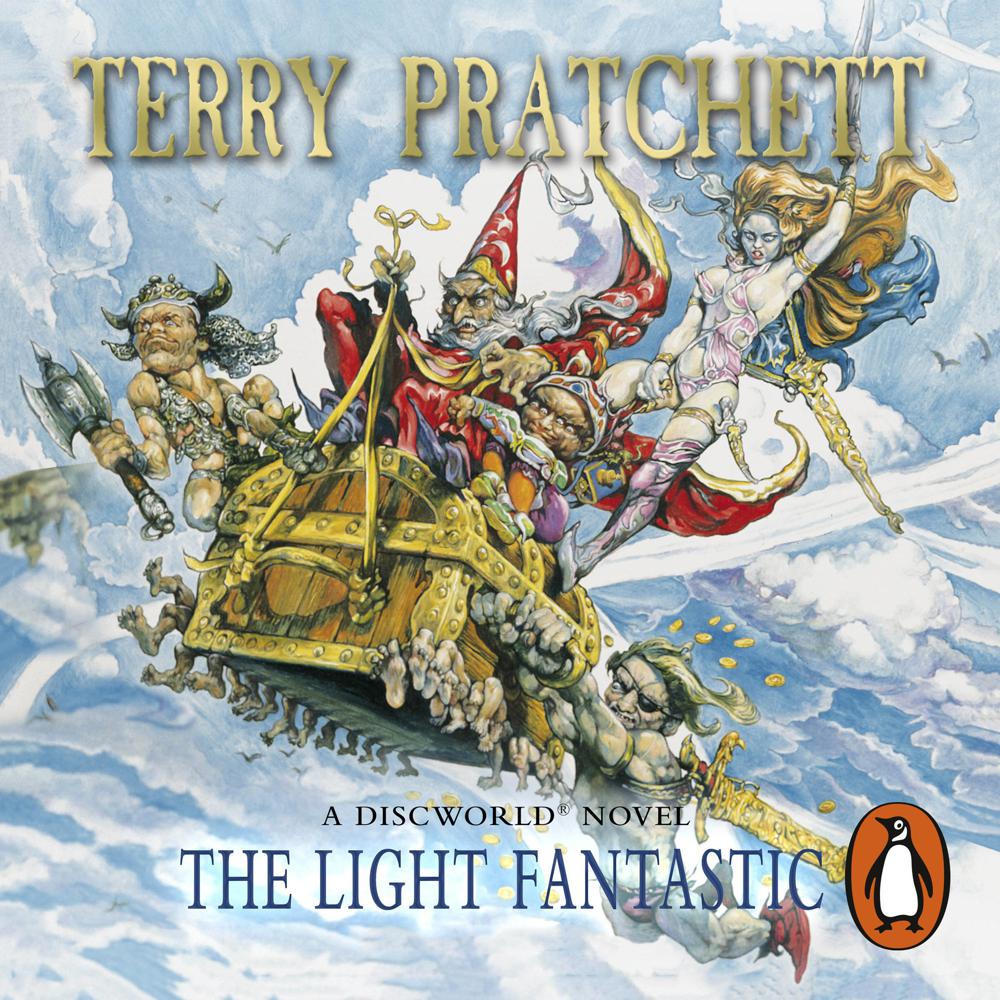 'What shall we do?' said Twoflower.
'Panic?' said Rincewind hopefully. He always held that panic was the best means of survival.

As it moves towards a seemingly inevitable collision with a malevolent red star, the Discworld could do with a hero. What it doesn’t need is a singularly inept and cowardly wizard, still recovering from the trauma of falling off the edge of the world, or a well-meaning tourist and his luggage which has a mind (and legs) of its own. Which is a shame because that's all there is...

He is a satirist of enormous talent..Incredibly funny, compulsively readable