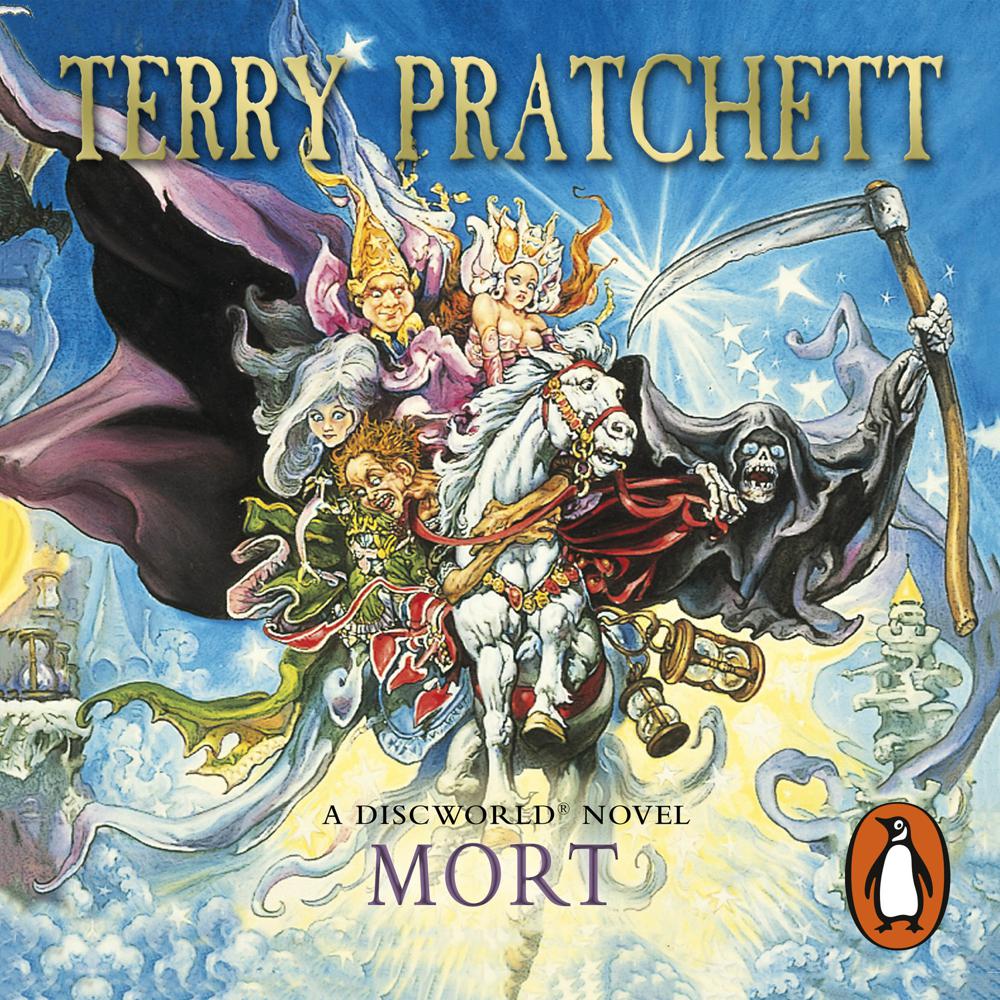 Although the scythe isn't pre-eminent among the weapons of war, anyone who has been on the wrong end of, say, a peasants' revolt will know that in skilled hands it is fearsome.

For Mort however, it is about to become one of the tools of his trade. From henceforth, Death is no longer going to be the end, merely the means to an end. He has received an offer he can't refuse. As Death's apprentice he'll have free board, use of the company horse and being dead isn't compulsory. It's the dream job until he discovers that it can be a killer on his love life...

'Pratchett is a comic genius'

'Pratchett's humour takes logic past the point of absurdity and round again, but it is his unexpected insights into human morality that make the Discworld series stand out'

'Cracking dialogue, compelling illogic and unchained whimsy... Pratchett has a subject and a style that is very much his own'

'He is screamingly funny. He is wise. He has style'