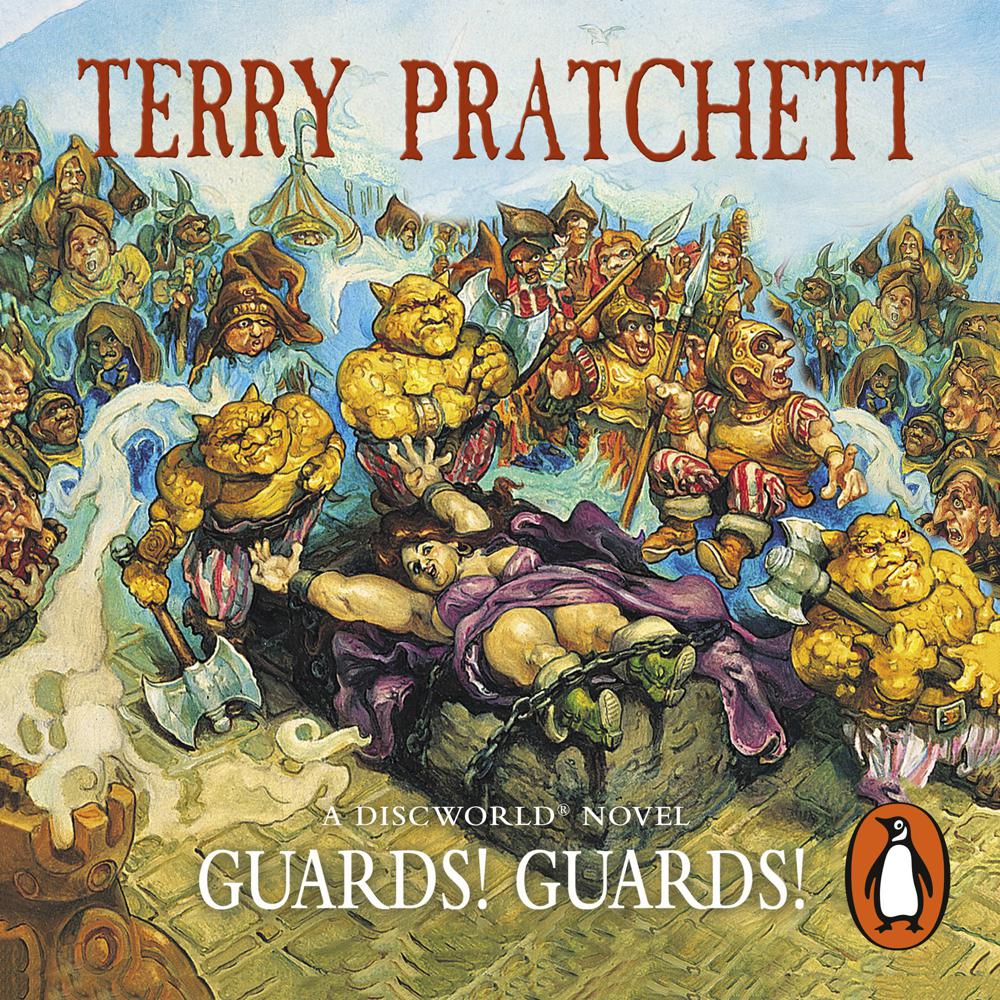 'The people next door oppress me all night long. I tell them, I work all day, a man's got to have some time to learn to play the tuba. That's oppression, that is. If I'm not under the heel of the oppressor I don't know who is.'

An aura of mean-minded resentfulness is thick in the streets of Ankh-Morpork. Insurrection is in the air. The Haves and Have-Nots are about to fall out all over again. The Have-Nots want some of their own magic. But magic in the hands of amateurs is a dangerous thing.

The City Watch is the last line of defence against such unnatural goings-on. But when even the Watch have trouble telling Right from Wrong, you know that Law and Order ain't what it used to be. But that's all about to change...

Pratchett is at the peak of his powers; it's hard to think of any humorist writing in Britain today who can match him... A masterful ear for dialogue, a keen eye for the ridiculous and a real feel for language

Discworld takes the classic fantasy universe through its logical, and comic evolution

This is one of Pratchett's best books. Hilarious and highly recommended