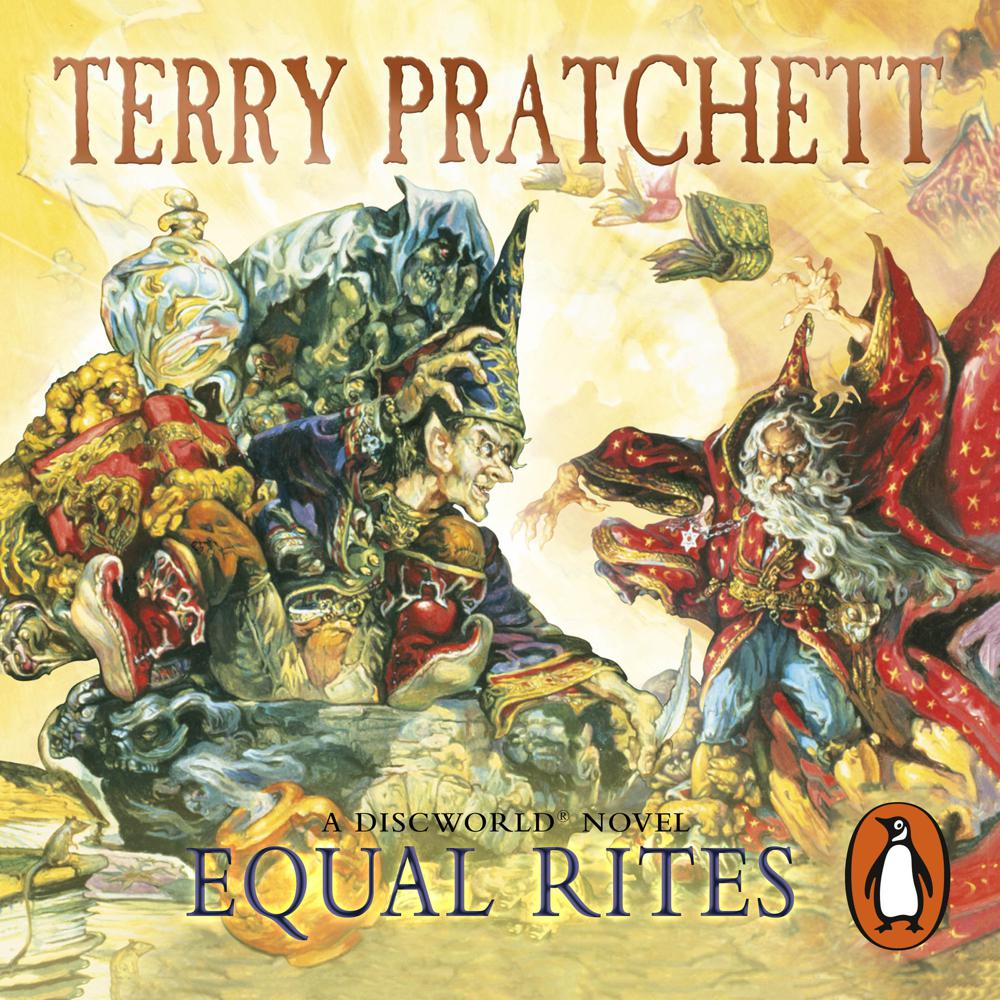 They say that a little knowledge is a dangerous thing, but it is not one half so bad as a lot of ignorance.

There are some situations where the correct response is to display the sort of ignorance which happily and wilfully flies in the face of the facts. In this case, the birth of a baby girl, born a wizard - by mistake. Everybody knows that there's no such thing as a female wizard. But now it's gone and happened, there's nothing much anyone can do about it. Let the battle of the sexes begin...

'If you are unfamiliar with Pratchett's unique blend of philosophical badinage, you are on the threshold of a mind-expanding opportunity'

'Pratchett keeps getting better and better...It's hard to think of any humorist writing in Britain today who can match him'