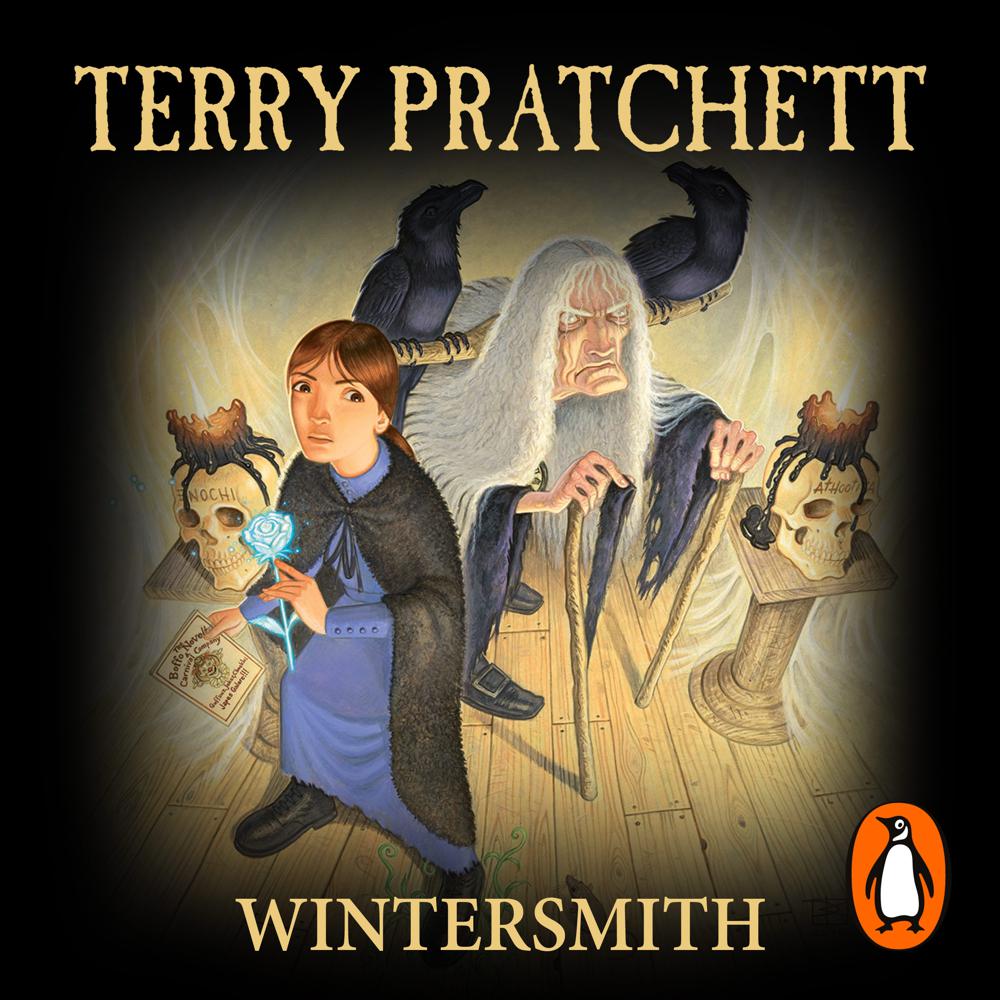 Tiffany Aching put one foot wrong, made one little mistake . . .

And now the spirit of winter is in love with her. He gives her roses and icebergs, says it with avalanches and showers her with snowflakes - which is tough when you're 13, but also just a little bit . . . cool.

And just because the Wintersmith wants to marry you is no excuse for neglecting your chores. So Tiffany must look after Miss Treason, who's 113 and has far too many eyes, learn the secret of Boffo, catch Horace the cheese, stop the gods from seeing her in the bath -

Oh, yes, and be helped by the Nac Mac Feegles - whether she wants it or not.

But if Tiffany doesn't work it all out, there will never be another springtime . . .

In every sense fantastic

Pratchett's one-liners, the comic dialogue of the Feegles, the satire about teenagers and the credulousness of the ordinary folk make for a characteristically entertaining mix

Terry Pratchett kicks the bejaysus out of JK Rowling . . . If you haven't read Pratchett before then give yourself a treat and buy this book

Charming in every sense of the word. Beautifully written and at times highly comic, it is an extraordinary achievement