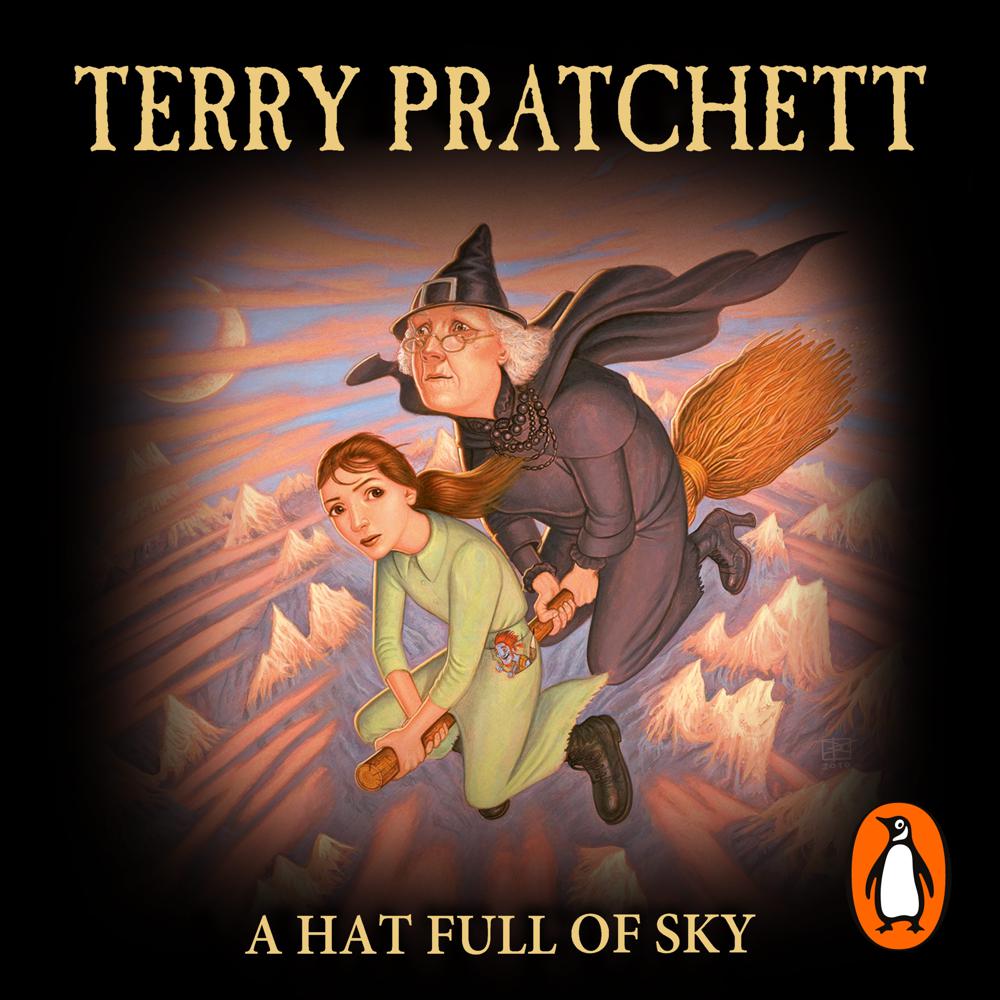 A real witch never casually steps out of her body, leaving it empty. Eleven-year-old Tiffany does. And there's something just waiting for a handy body to take over. Something ancient and horrible, which can't die . . .

Wise, witty and wonderful, A Hat Full of Sky is Terry Pratchett's second novel about Tiffany and the Wee Free Men - the rowdiest, toughest, smelliest bunch of fairies ever. They'll fight anything. And even they might not be enough to save Tiffany . . .

Pratchett's ear for dialogue is superb . . . His deep feeling for landscape, animals, kindness and courage make his adventures deeply satisfying as well as clever

A great Pratchett strength is the sense that if the jokes . . . were dropped there would still be a good, engaging fantasy thriller here

Funny, typically humorous . . . A must for any Terry Pratchett fan . . . With its witty and slightly confusing plot-twists and hilarious dialogue, this is, without doubt, another great children's book