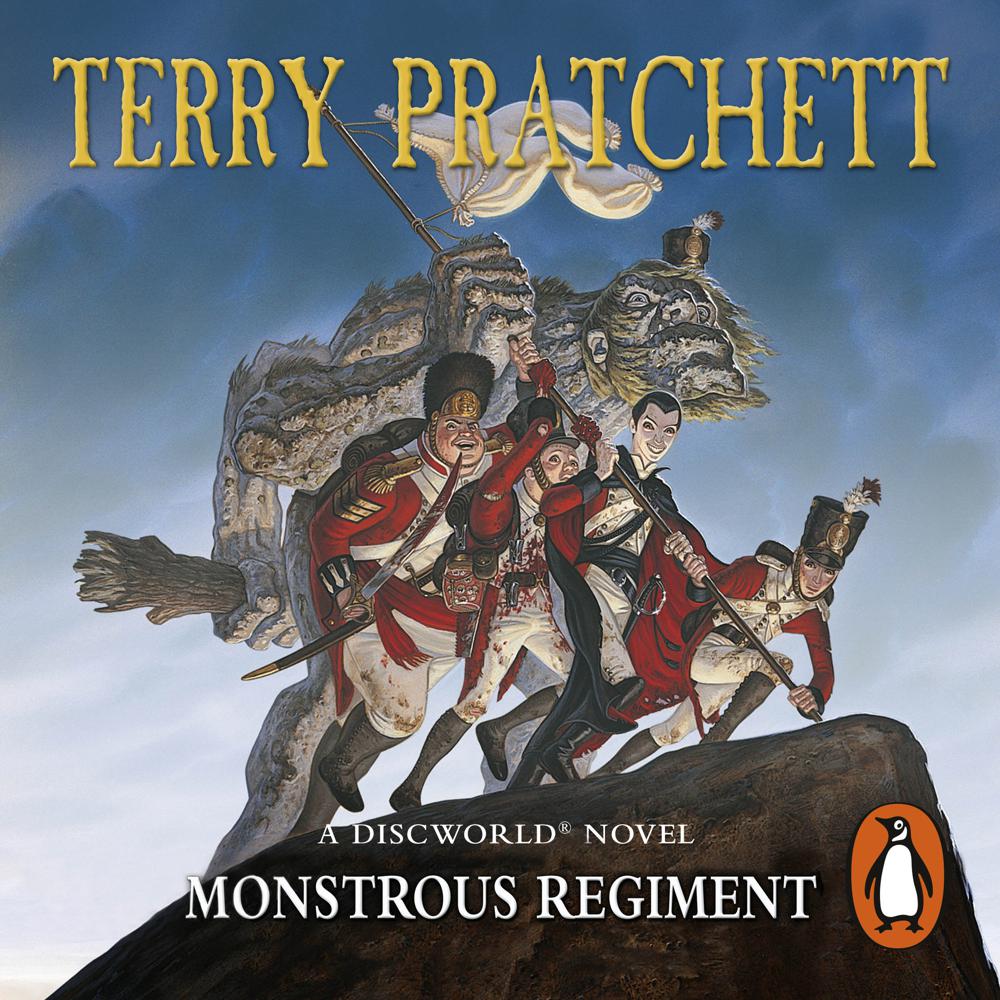 It begun as a sudden strange fancy . . .

Polly Perks had to become a boy in a hurry. Cutting off her hair and wearing trousers was easy. Learning to fart and belch in public and walk like an ape took more time . . .

And now she's enlisted in the army, and searching for her lost brother.

But there's a war on. There's always a war on. And Polly and her fellow recruits are suddenly in the thick of it, without any training, and the enemy is hunting them.

All they have on their side is the most artful sergeant in the army and a vampire with a lust for coffee. Well . . . they have the Secret. And as they take the war to the heart of the enemy, they have to use all the resources of . . . the Monstrous Regiment.

'The great Terry Pratchett, whose wit is metaphysical, who creates an energetic and lively secondary world, who has a multifarious genius for strong parody as opposed to derivative manipulation of past motifs, who deals with death with startling originality. Who writes amazing sentences.'

'A true original among contemporary writers - a fantasist who loves naff humour and silly names, and yet whose absurd world is, at heart, a serious portrait of the jingoistic fears that keep us at each other's throats.'

'Like Jonathan Swift, Pratchett uses his other world to hold up a distorting mirror to our own, and like Swift he is a satirist of enormous talent ... incredibly funny ... compulsively readable.'