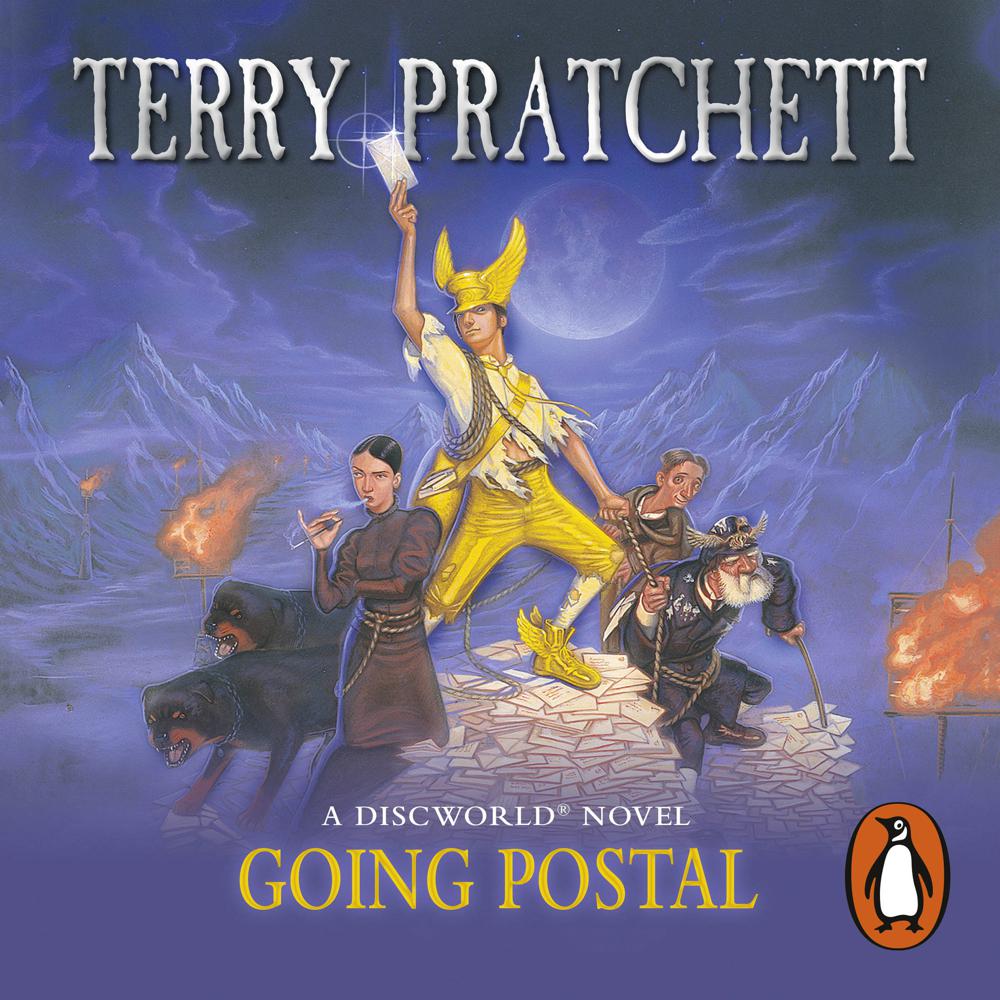 Moist von Lipwig is a con artist and a fraud and a man faced with a life choice: be hanged, or put Ankh-Morpork's ailing postal service back on its feet.

It was a tough decision.

But he's got to see that the mail gets though, come rain, hail, sleet, dogs, the Post Office Workers Friendly and Benevolent Society, the evil chairman of the Grand Trunk Semaphore Company, and a midnight killer.

Getting a date with Adora Bell Dearheart would be nice, too.

Maybe it'll take a criminal to succeed where honest men have failed, or maybe it's a death sentence either way.

Or perhaps there's a shot at redemption in the mad world of the mail, waiting for a man who's prepared to push the envelope...

'Pratchett ... is the missing link between Douglas Adams and J.K. Rowling. To non-initiates his work is gobbledygook, but dig deeper and you find the wit and imaginationthat have gained him a fanatical readership - among them is A.S. Byatt.'

'Terry Pratchett is one of the great makers of what Auden called 'secondary worlds'. His inventiveness - with people with plots, with things - is seemingly inexhaustible ... Pratchett can make you giggle helplessly and then grin grimly at the sharpness of his wit. Twelve-year old boys love him, but he himself is grown up. He knows that terrible things exist and happen, and he invents a benign otherworld in which we can face them, and laugh.'

'His world, increasingly subtle and thoughtful, has become as allegorical and satirical as a painting by Bosch ... Pratchett's joy in his creations, in jokes, puns, the idea of letters and language itself makes GOING POSTAL one of the best expressions of his unstoppable flow of comic invention.'

'With all the puns, strange names and quick-fire jokes about captive letters demanding to be delivered, it's easy to miss how cross about injustice Terry Pratchett can be. This darkness and concrete morality sets his work apart from imitators of his English Absurd school of comic fantasy.'

'Like many of Pratchett's best comic novels, it is a book about redemption ... There's a moral toughness here, which is one of the reasons why Pratchett is never merely frivolous.'