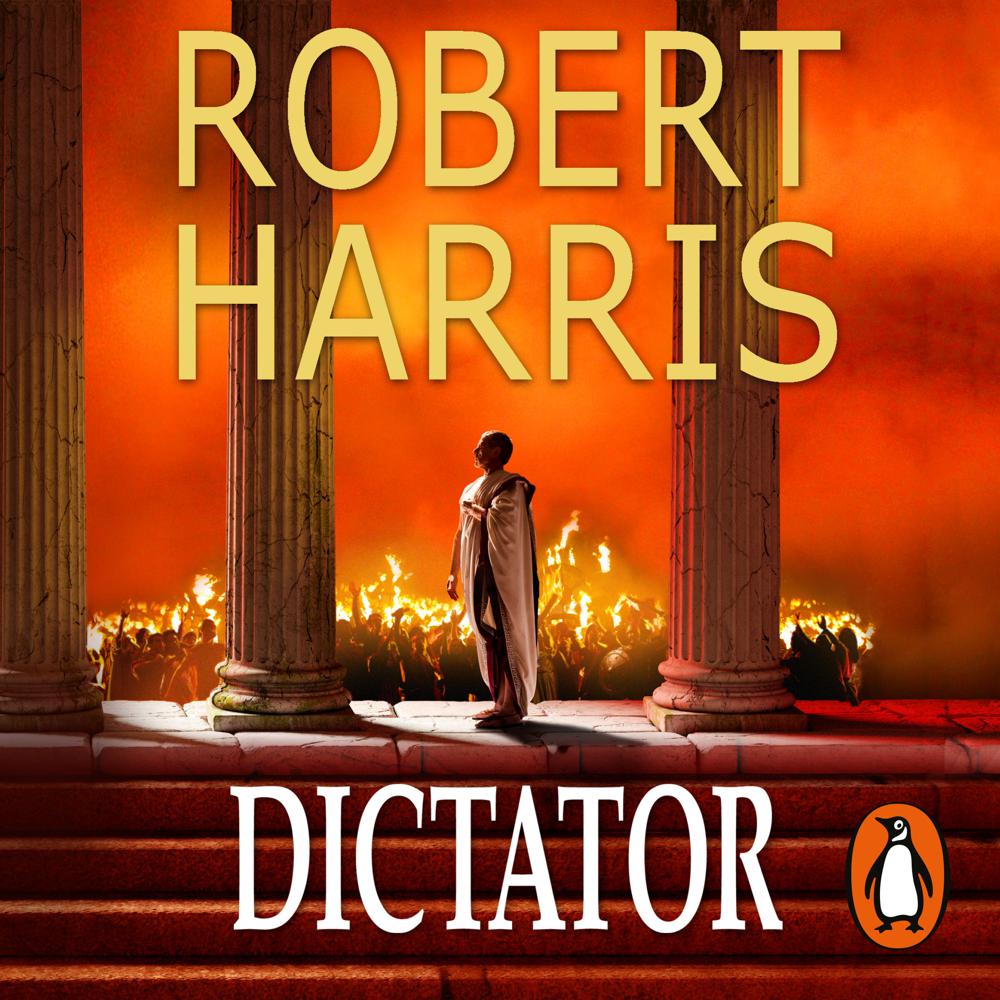 ‘Laws are silent in times of war.’
Cicero

There was a time when Cicero held Caesar’s life in the palm of his hand. But now Caesar is the dominant figure and Cicero’s life is in ruins.

Exiled, separated from his wife and children, his possessions confiscated, his life constantly in danger, Cicero is tormented by the knowledge that he has sacrificed power for the sake of his principles.

His comeback requires wit, skill and courage – and for a brief and glorious period, the legendary orator is once more the supreme senator in Rome.

But politics is never static and no statesman, however cunning, can safeguard against the ambition and corruption of others.

Riveting and tumultuous, DICTATOR encompasses some of the most epic events in human history yet is also an intimate portrait of a brilliant, flawed, frequently fearful yet ultimately brave man – a hero for his time and for ours. This is an unforgettable tour de force from a master storyteller.

The book works…more than that; at times it sings… Thrillers are supposed to thrill, but few really do raise your heart rate and short-circuit your critical faculties…Exhilarating…This trilogy deserves the highest compliment that can be paid to a work of historical fiction

Triumphant, compelling and deeply moving…the finest fictional treatment of Ancient Rome in the English language. They are distinguished by the mastery of the sources, sympathetic imagination, political intelligence and narrative skill…It’s a wonderful, dramatic, story, wonderfully told

Robert Harris completes his wonderful trilogy based on the life of Cicero. I haven’t enjoyed Roman history more since Robert Graves’s I, Claudius