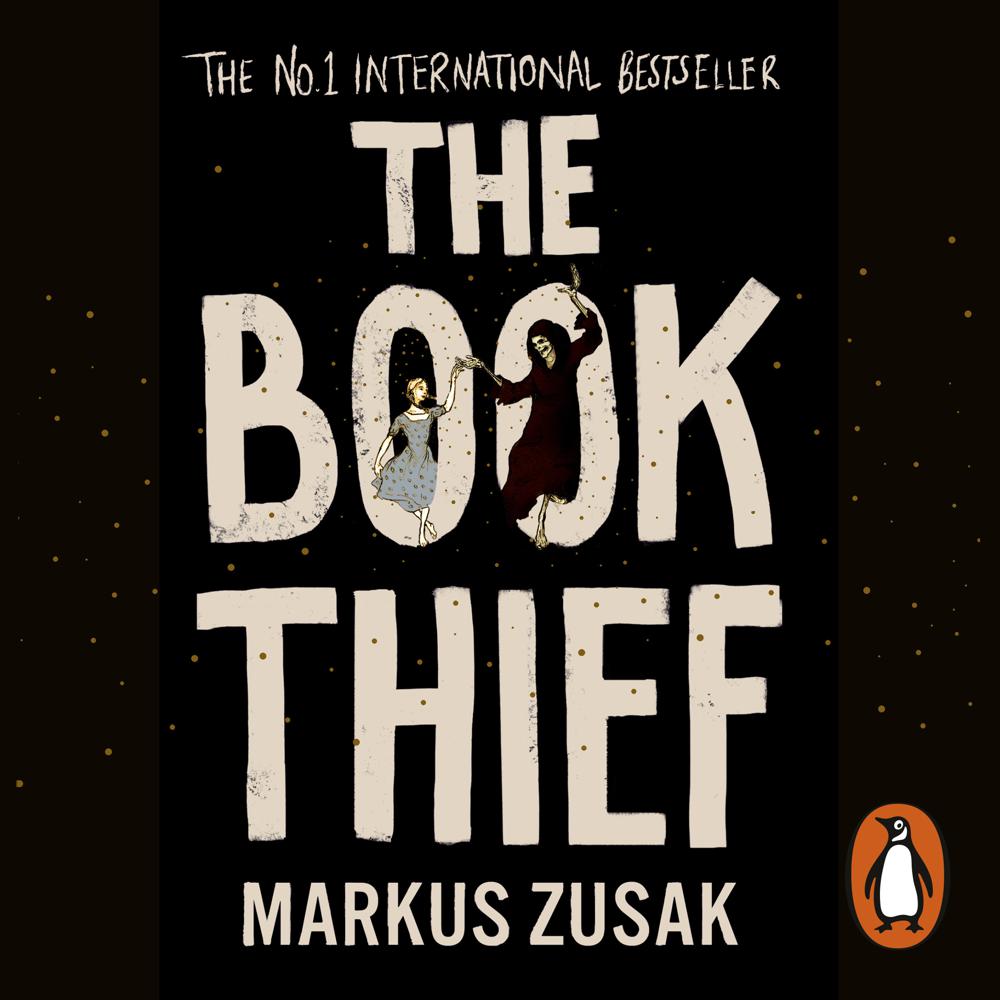 'It's just a small story, really, about among other things: a girl, some words, an accordionist, a Jewish fist fighter, and quite a lot of thievery ...'

Narrated in the all-knowing matter-of-fact voice of Death, witnessing the story of the citizens of Himmel Street:

When nine-year-old Liesel arrives outside the boxlike house of her new foster parents, she refuses to get out of the car. Liesel has been separated from her parents - 'Kommunists' - for ever, and at the burial of her little brother, she steals a gravedigger's instruction manual which she can't read. It is the beginning of her illustrious career.

In the care of the Hubermans, Liesel befriends blond-haired Rudy Steiner, her neighbour obsessed with Jesse Owens. She also befriends the mayor's wife, who hides from despair in her library. Together Liesel and Rudy steal books - from Nazi book burning piles, from the mayor's library, from the richer people of Molching. In time, the family hide a Jewish boxer, Max, who reads with Liesel in the basement.
.
By 1943, the Allied bombs are falling, and the sirens begin to wail. Liesel shares out her books in the air-raid shelters. But one day in the life of Himmel street, the wail of the sirens comes too late ...

A life-changing tale of the cruel twists of fate and the coincidences on which all our lives hinge, this is also a joyous look at the power of book to nourish the soul. Its uplifting ending will make all readers weep.

...a beautifully balanced piece of storytelling...Unsettling, thought-provoking, life affirming, triumphant and tragic, this is a novel of breathtaking scope, masterfully told. It is an important piece of work, but also a wonderful page-turner.

A moving work which will make many eyes brim.

This is a weighty novel worthy of universal acclaim. A sense of dread prevades this beautifully written novel. As The Book Thief draws to a close, Death says: "There's a multitude of stories that i allow to distract me as I work." The story of the Book Thief, who tried to change the world in her own small way, proves one formidable and inspiring distraction.