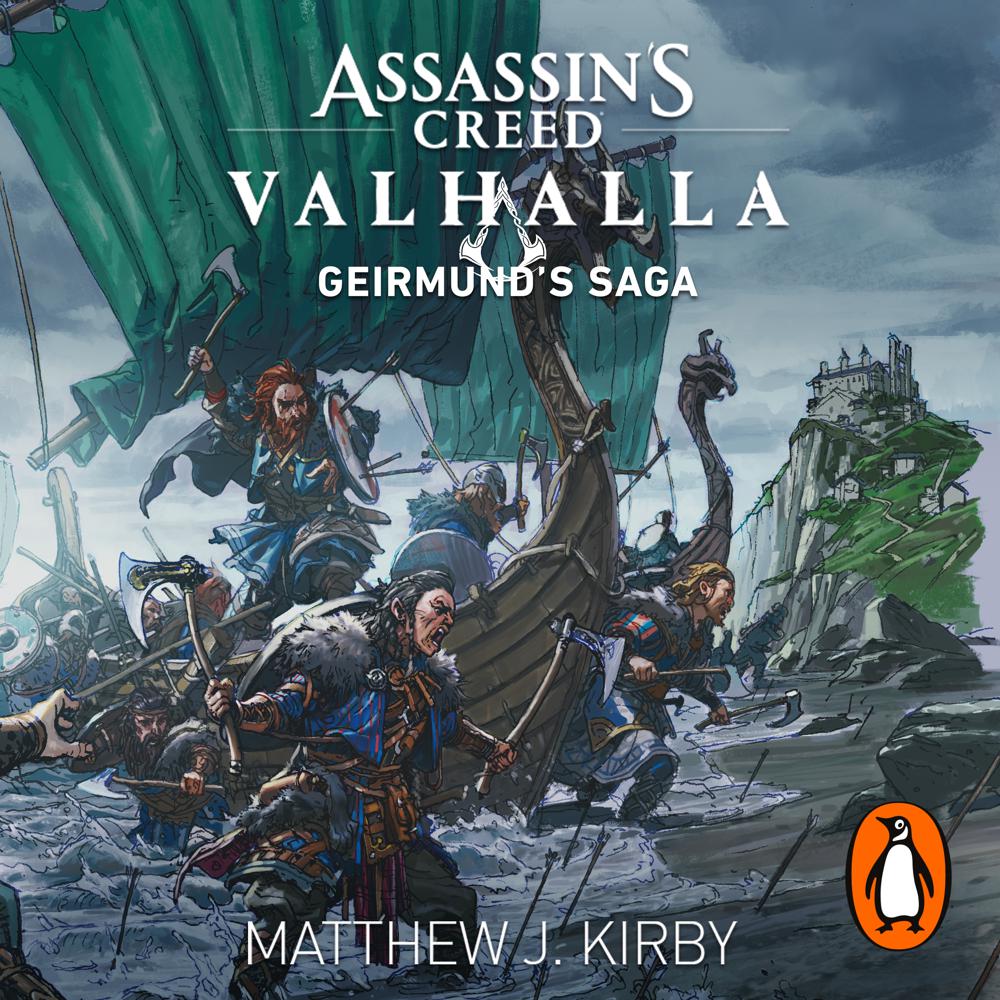 Discover the epic adventure of legendary viking Geirmund Hel-hide in this new novel set in the world of Assassin's Creed Valhalla.

The Viking attacks and invasions are shattering England's kingdoms.

Born into a royal lineage of Norwegian kings, Geirmund Hel-hide sets out for adventure to prove his worth as a Viking and a warrior.

A perilous journey across the sea brings him into contact with a being out of myth and grants him a mysterious ring that promises both great power and bitter betrayal.

As Geirmund rises in the ranks of King Guthrum's legendary army, he will have to use all his cunning to face the many dangers of a land ravaged by war . . .

Fighting alongside his band of loyal warriors, his path will soon lead him into a conflict as old as the gods themselves.