Tomorrow Will Be A Good Day
Captain Tom Moore 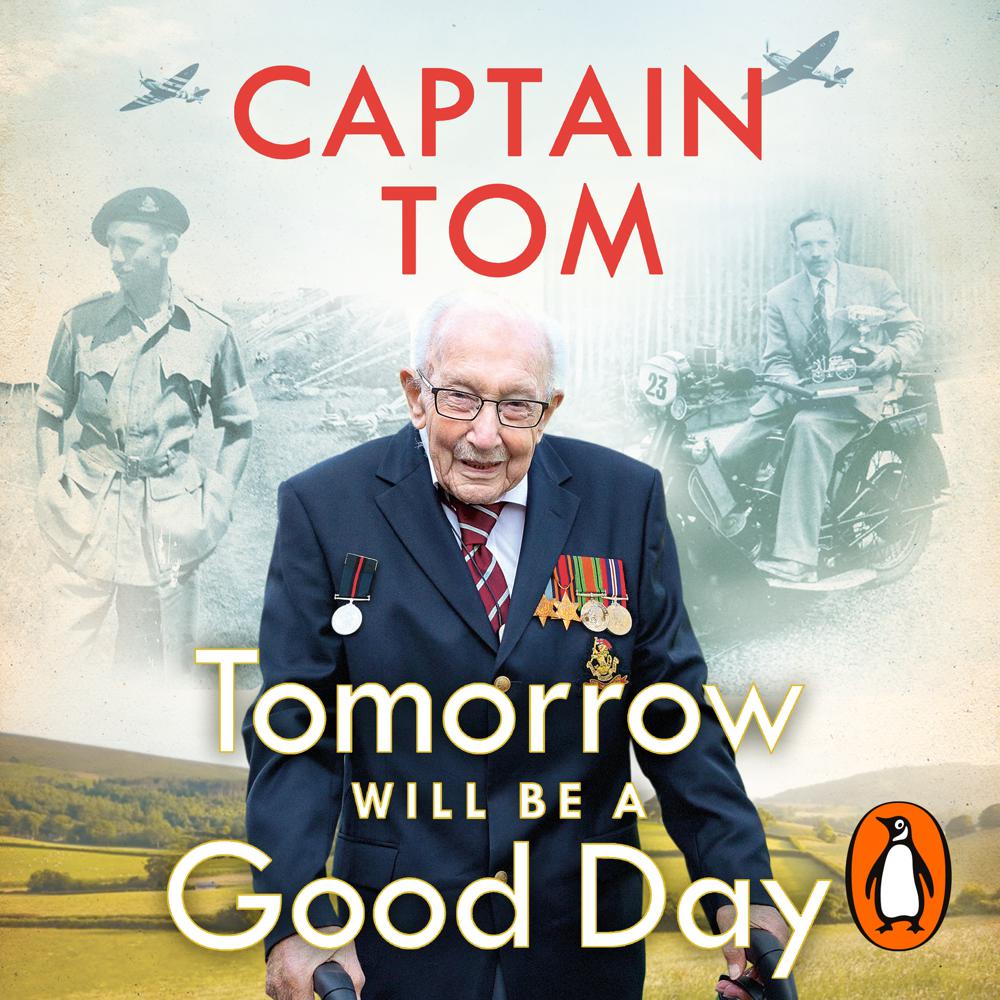 From his humble Yorkshire childhood, via the battlefields of Burma and the peaks of the Himalayas, to becoming the NHS and the nation's hero during Lockdown, Captain Tom Moore's story is a journey for all of us - brought to you by Penguin.

Who is Captain Sir Tom Moore?

You've seen him on the television walking the length of his garden. A frail elderly man, doing his bit at a time of crisis. But he wasn't always like this.

Where did he come from? Where was he made?

From a childhood in the foothills of the Yorkshire Dales, Tom Moore grew up in a loving family, which wasn't without its share of tragedy. It was a time of plenty and of want. When the storm clouds of the Second World War threatened, he raised his hand and, like many of his generation, joined up to fight.

His war would take him from a country he had never left to a place which would steal his heart, India, and the Far East, to which he would return many years later to view the sight he had missed first time around: the distant peak of Everest.

Captain Tom's story is our story.

It is the story of our past hundred years here in Britain.

It's a time which has seen so much change, yet when so much has stayed the same: the national spirit, the can-do attitude, the belief in doing your best for others.

In this rich, happy life packed with incident you will encounter time and again the curiosity, courage and generosity that saw Captain Tom look around him during our current crisis and decide that something had to be done . . .

A riveting account. Tom is as sharp as a bayonet . . . This old soldier should never, ever fade away in our memory. Neither should his life advice

Engaging . . . His upbeat nature shines through and reminds us how much worse this year would have been without him

A wonderful life story with lessons for us all . . . beautifully written

A wonderful read. Captain Tom is a beacon of light, and hope, and positivity

A beautiful book. We have so much to learn from Captain Sir Tom

Fascinating. It's the life story of an ordinary man who is extraordinary

Captain Tom Moore's charming autobiography is an inspiration . . . A great personal history of the past century, and we can all learn something from Captain Tom

Lively and entertaining . . . beautifully captures Captain Tom's mixture of amazement and pride at what happened in 2020

Captain Tom has a message of hope for us all

His autobiography will continue to inspire. A hundred-year history of Britain and a life well lived

A national hero . . . He tells the story of his life with unfailing optimism and charm

In this delightful memoir, we see the build-up to that 'I said I'll do it and I will' attitude

There is so much more to the humble centenarian exserviceman's life than his garden laps for the NHS. A life-affirming memoir

A very open and honest account of a centenarian's life . . . You cannot help but be amazed