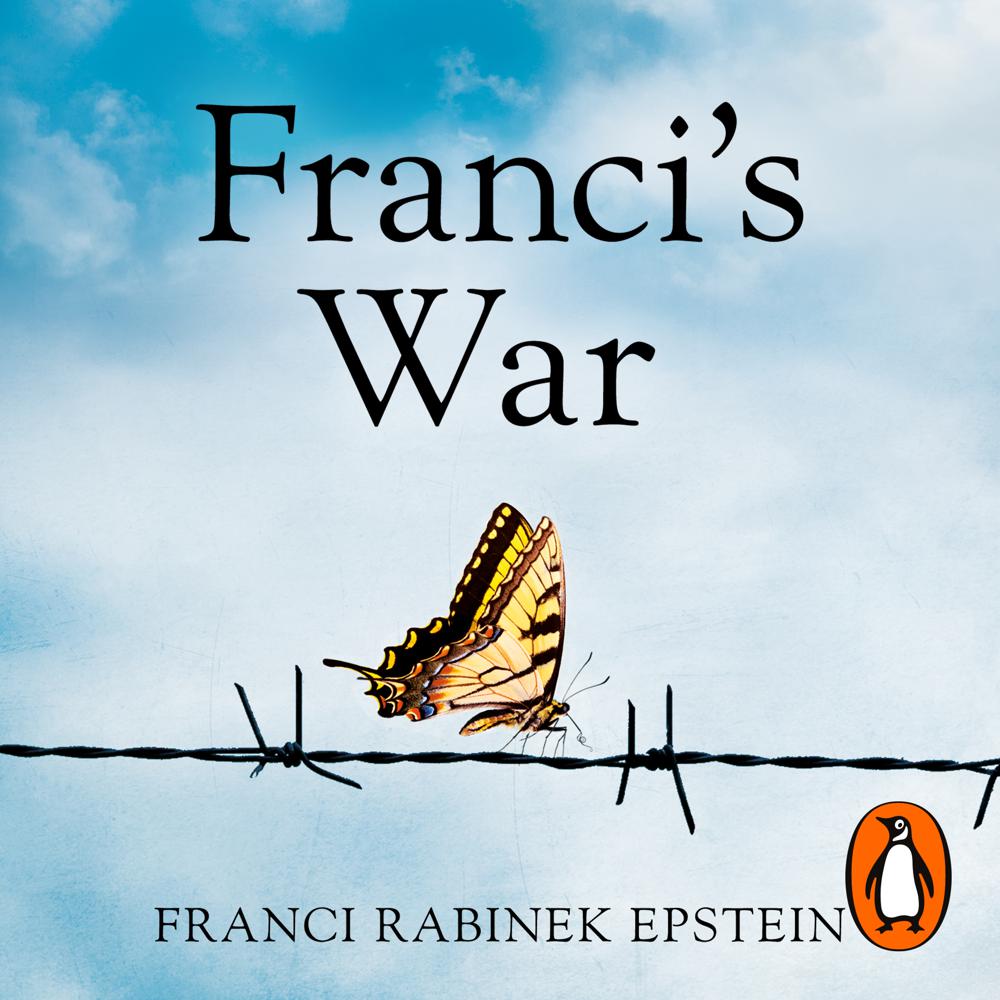 Franci's War by Franci Epstein is read by Suzanne Toren, with an afterword, editorial notes and acknowledgements read by Helen Epstein.

In the summer of 1942, twenty-two-year-old Franci Rabinek - designated a Jew by the Nazi racial laws - arrived at Terezin, a concentration camp and ghetto forty miles north of her home in Prague. It would be the beginning of her three-year journey from Terezin to the Czech family camp in Auschwitz-Birkenau, to the slave labour camps in Hamburg, and finally Bergen Belsen.

Franci, a spirited and glamorous young woman, was known among her fellow inmates as the Prague dress designer. Having endured the transportation of her parents, she never forgot her mother's parting words: 'Your only duty to us is to stay alive'. During an Auschwitz selection, Franci would spontaneously lie to Nazi officer Dr Josef Mengele, and claim to be an electrician. It was a split-second decision that would go on to endanger - and save - her life.

Franci's story is an astonishing account of one woman's attempt to survive those dark years. Heartbreaking, candid, and sometimes unbearably funny, she gives voice to the women prisoners in her tight-knit circle of friends. Her testimony sheds new light on the alliances, love affairs, and sexual barter that took place during the Holocaust, offering a compelling insight into the resilience and courage of ordinary people in an extraordinary situation. Above all, Franci's War asks us to explore what it takes to survive, and what it means to truly live.

Franci's story is a testament to the human spirit . . . a mesmerising read

Achingly moving, gives much-needed hope . . . Deserves the status both as a valuable historical source and as a stand-out memoir

The extraordinary true story of the girl who survived the holocaust against all of the odds . . . In this astonishing memoir, she lays bare the appalling sacrifices she and other women had to make to survive