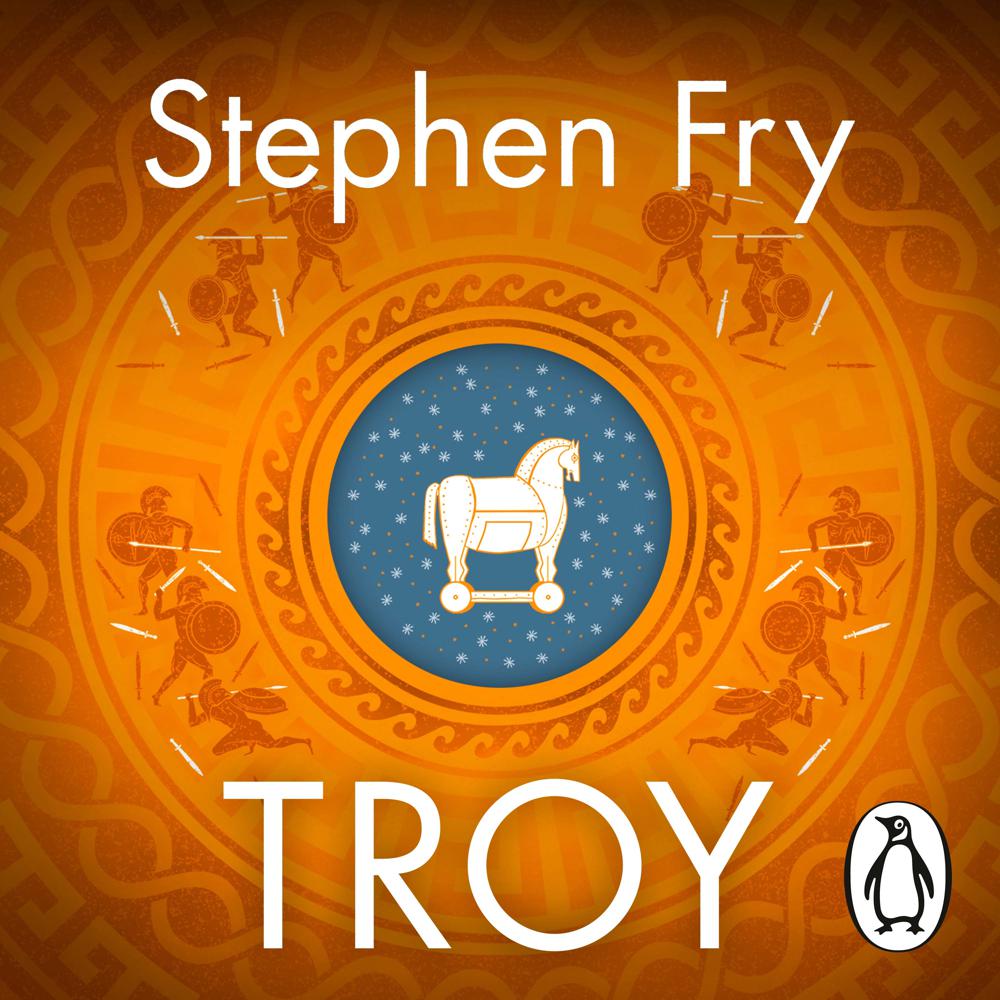 Following the bestselling retellings of the Greek myths in Mythos and Heroes, Stephen Fry's bewitching third volume Troy - concerning love and war, passion and power - is now ready for ordering.

The story of Troy speaks to all of us - the kidnapping of Helen, a queen celebrated for her beauty, sees the Greeks launch a thousand ships against the city of Troy, to which they will lay siege for ten whole and very bloody years.

It is Zeus, the king of the gods, who triggers the war when he asks the Trojan prince Paris to judge the fairest goddess of them all. Aphrodite bribes Paris with the heart of Helen, wife of King Menelaus of the Greeks, and, naturally, nature takes its course.

It is a terrible, brutal war with casualties on all sides as well as strained relations between allies. The Greek's most fearsome warrior, Achilles, argues with King Agamemnon, his commander, over another woman, the Trojan slave Briseis. The consequences lead to terrible tragedies.

In Troy you will find heroism and hatred, love and loss, revenge and regret, desire and despair. It is these human passions, written bloodily in the sands of a distant shore, that still speak to us today.

It is a myth in which we seek the truth about ourselves and which Stephen Fry brings breathtakingly to life.

Praise for Heroes and Mythos:

'Ebullient and funny' The Times

'The Greek gods of the past become relatable as pop culture, modern literature and music are woven throughout. Joyfully informal yet full of literary legacy' Guardian

'A romp through the lives of ancient Greek gods. Fry is his story-telling best . . . the gods will be pleased' The Times

An amiable meander through the historic sources . . . Fry's light and graceful tone helps to ease the unfamiliar reader through the complicated genealogies

An inimitable retelling of the siege of Troy . . . Fry's narrative, artfully humorous and rich in detail, breathes life and contemporary relevance into these ancient tales

Lively, humorous and intimate, this retelling has real charm

A wondrous new immersion in ancient stories we only thought we knew. Brilliant, funny, erudite, inventive, surprising and enthralling

Curl up on your sofa as Stephen brings to life the legendary . . . passionate and powerful story of Troy

Fry's knowledge of the world - ancient and modern - bursts through at the seams . . . The reader will find themselves on a fun romp through the world's greatest story

Full of heroism, desire and drama

Fry really brings the tale to life, adding his own wry humour to the mix . . . Well worth a read

A story thousands of years old, only Fry could rewrite this so captivating as ever

Stephen Fry's Troy delivers on all its promise, and then some. In audio book form it is, for a Bronze Age tale, an unalloyed delight.