Journey of the Pharaohs
Clive Cussler and Graham Brown 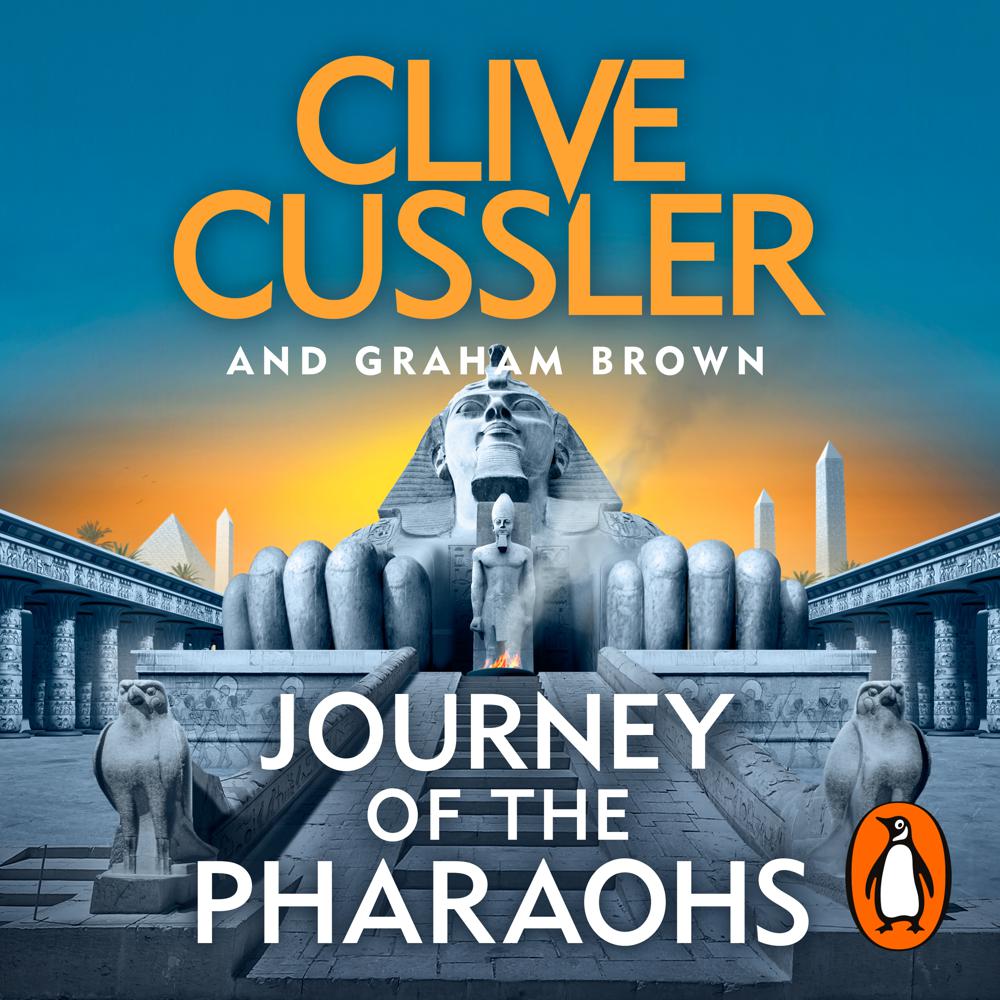 Kurt Austin and the NUMA crew risk everything to stop a cutthroat arms dealer from stealing a priceless ancient treasure in the thrilling new novel from the no. 1 Sunday Times-bestselling grand master of adventure.

In 1074 B.C., vast treasures disappear from the tombs of Egyptian Pharaohs. In 1927, a daredevil American aviator vanishes on an attempted transcontinental flight. And in the present day, a fishing trawler - along with its mysterious cargo - sinks off the coast of Scotland. How are these three mysterious events connected? And, more importantly, what do they mean for Kurt Austin and his NUMA team?

As they search for answers, the NUMA squad join the agents of the British MI5 to take on a wide-reaching international conspiracy. Their common enemy is the Bloodstone Group, a conglomerate of arms dealers and thieves attempting to steal ancient relics on both sides of the Atlantic. Kurt and his team soon find themselves wrapped up in a treacherous treasure hunt as they race to find the lost Egyptian riches. . . before they fall into the wrong hands.

'Nobody does it better... nobody!' Stephen Coonts

Nobody does it better - nobody!

Twists that will make even hardcore adventure fans say "Wow!" . . . This is fast-paced, nonstop fun. Cussler fans will gobble it up.