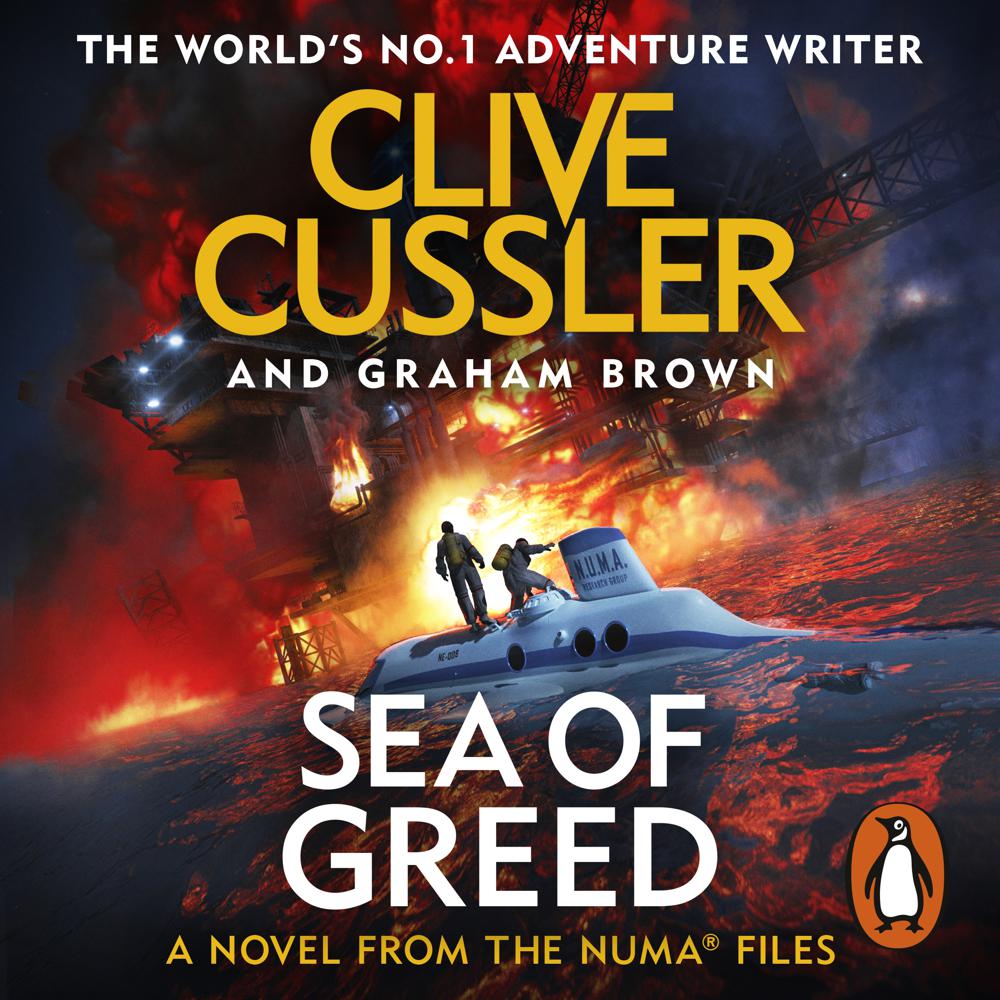 Penguin presents the audiobook edition of Sea of Greed by Clive Clusser and Graham Brown, read by Scott Brick.

The world's oil supply is vanishing, the stock market is plummeting, and the key to saving the future seems to be a baffling historical mystery. Can the NUMA crew crack it in time? Sea of Greedis the suspenseful new NUMA Files novel from the #1 New York Times-bestselling grand master of adventure.

'Sea of Greed will have readers turning pages. With a wonderful cast of characters and relentless action, this is classic Cussler' Mail Online

After an explosion in the Gulf of Mexico destroys three oil rigs trying to revive a dying field, Kurt Austin and the NUMA Special Projects Team are tapped by the President of the United States to find out what's gone wrong. The trail leads them to a brilliant billionaire in the alternative energy field. Her goal is the end of the oil age; her company has spent billions developing the worlds' most advanced fuel-cell systems. But is she an environmental hero...or a rogue genetic engineer?

The NUMA crew discovers that the oil fields are infected with a bacteria that is consuming the oil before it can be pumped out of the earth-a bacteria originally lost decades ago when two submarines vanished in the Mediterranean.

With hired killers on his trail, can Kurt Austin locate a submarine that's remained hidden for more than fifty years? And even if he can, can the biological terror that's been unleashed be stopped?

'Just about the best in the business' - New York Post

'Sea of Greed will have readers turning pages. With a wonderful cast of characters and relentless action, this is classic Cussler'