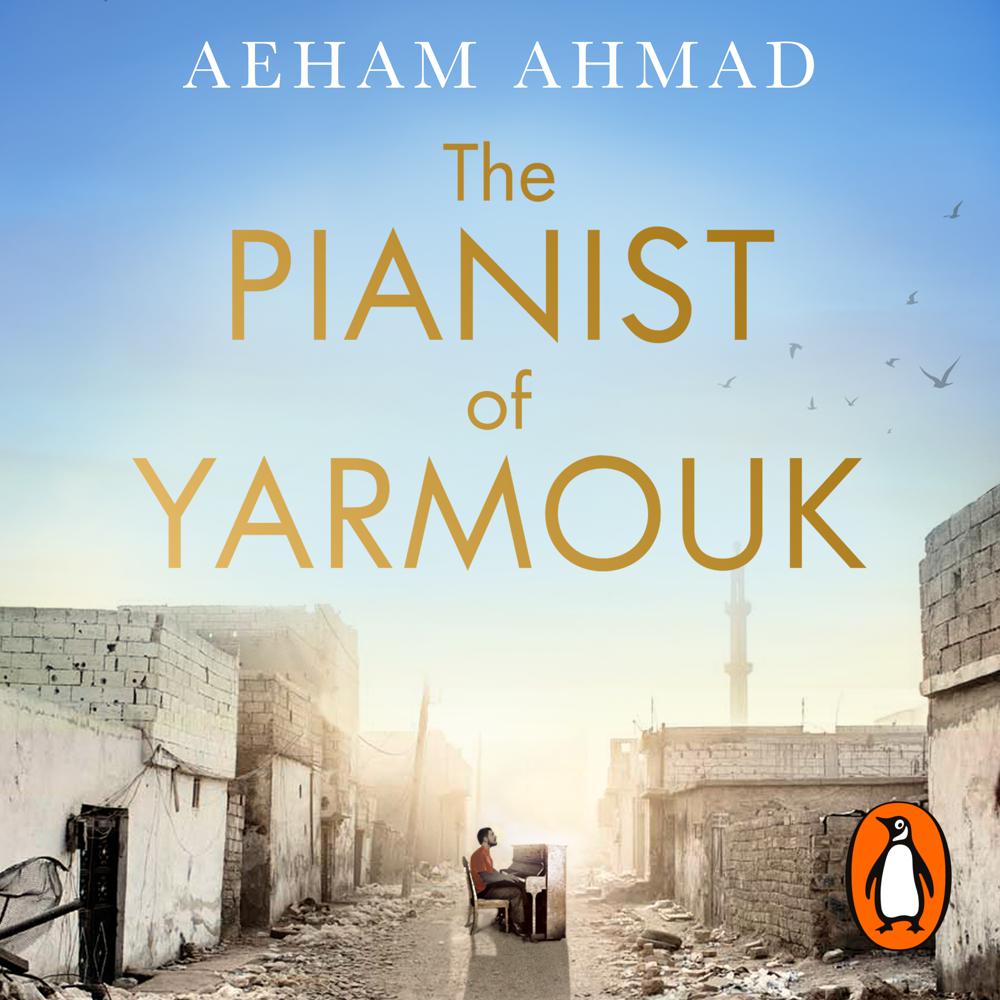 Penguin presents the audiobook edition of The Pianist of Yarmouk by Aeham Ahmad, read by Nezar Alderazi.

One morning on the outskirts of Damascus, two starving friends were walking through their war-ravaged city. They entered a once familiar street that had now been turned to rubble - concrete bridges towered over them like tombs and houses were turned inside out. One of them, Aeham, turned to the only comfort he had left - his piano - and composed a song of hope. It was a song that would reach beyond the rubble and bring a message of solidarity to his fellow Syrians, and all those suffering the devastation of war.

Growing up in a close family in Damascus, Aeham had everything he needed. At a young age, with the fervent support of his father, he fell in love with the piano. Yet, as the years passed the brutal civil war began to tear apart both Aeham's city and his life until he lost friends, family and eventually his home. Forced to leave his country alone and seek safety, he was left with nothing but his gifts as a musician.

This is the captivating account of Aeham's life; a gripping portrait of a man's search for peace, and of a country that has been fiercely torn apart by war.

Aeham Ahmad is a talented and brave man of peace. Please read his book and pass it on to anyone who doesn't know or understand the plight of today's refugees

Ahmad has created a moving and visceral account of conflict, hope and the power of music

If ever confirmation that music and love will always defeat misery and tyranny was needed, Ahmad's testimony delivers it in the humblest and most moving way