Trust No One
Anthony Mosawi 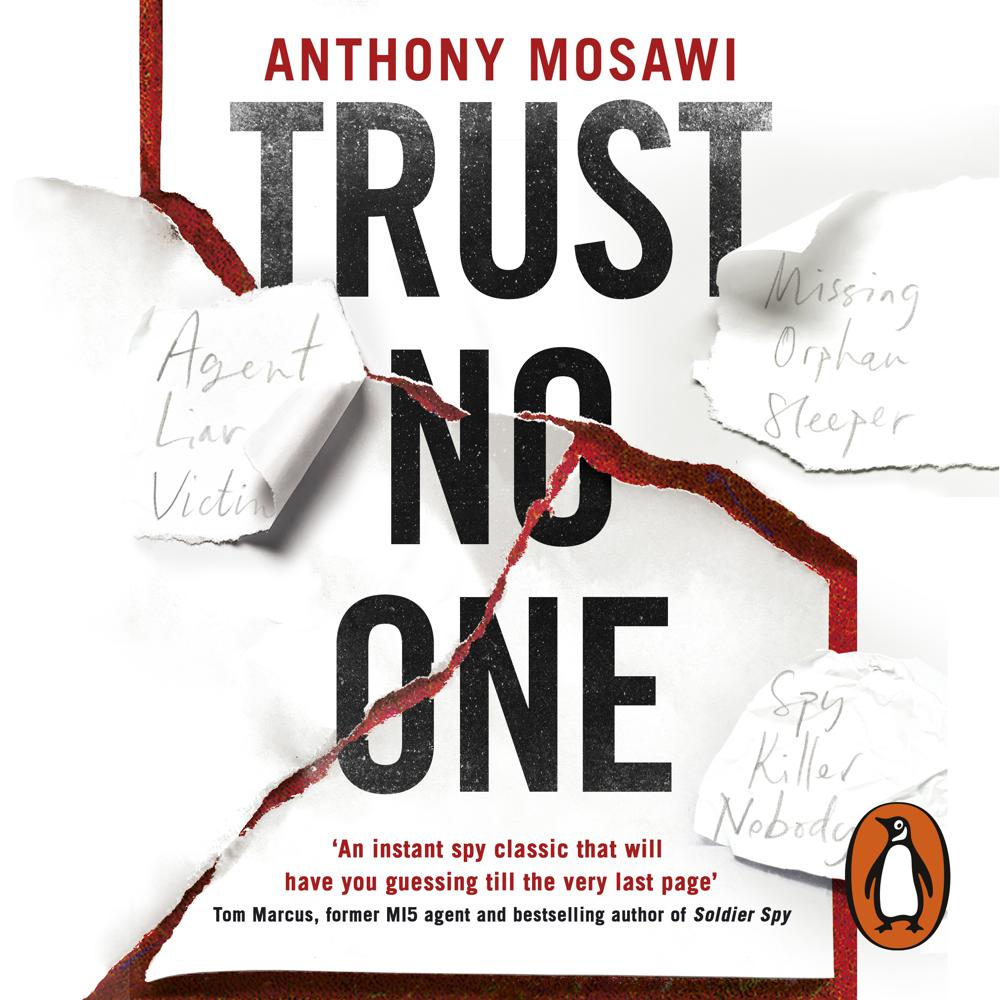 Penguin presents the audiobook edition of Trust No One by Anthony Mosawi, read by Katie Leung.

This is all Sara Eden knows about herself. She was found at the age of ten, abandoned in a vat of water - a homemade sensory-deprivation chamber. Someone had placed her there - trapped for days in the dark, with only a cassette player taped to her head repeating again and again - 'My Name is Sara Eden'. There were a handful clues: a battered cassette player, a cheap necklace, a few scraps of paper. And a Polaroid of a stranger with a handwritten note: 'Don't trust this man'.

Now an adult, Sara knows a few more things about herself. That the there are government agents pursuing her. That she knows something they want. And that they will never stop. But there's something else in Sara's past that is more dangerous, more deadly, than her pursuers can even imagine. And the only thing she knows for certain is that she must . . .


'Will have you guessing till the very last page. Explosively exciting, Trust No One is an instant spy classic' Tom Marcus, former MI5 agent and bestselling author of Soldier Spy

Furiously paced, there is nothing derivative about this debut. A young girl is locked in a sensory derivation tank; years later she begins to piece together the fragments of her past. The action that follows is cleverly inspired by a real-life figure, Helen Duncan, a Scottish medium who came to the attention of Winston Churchill during the Second World War

Nail-biting. Trust No One moves at a blistering pace and creates an extraordinary, terrifying world

Will have you guessing till the very last page. Explosively exciting, Trust No One is an instant spy classic

With a shadowy past and a secret program, Mosawi blasts Sara Eden into the pantheon of contemporary thriller stars