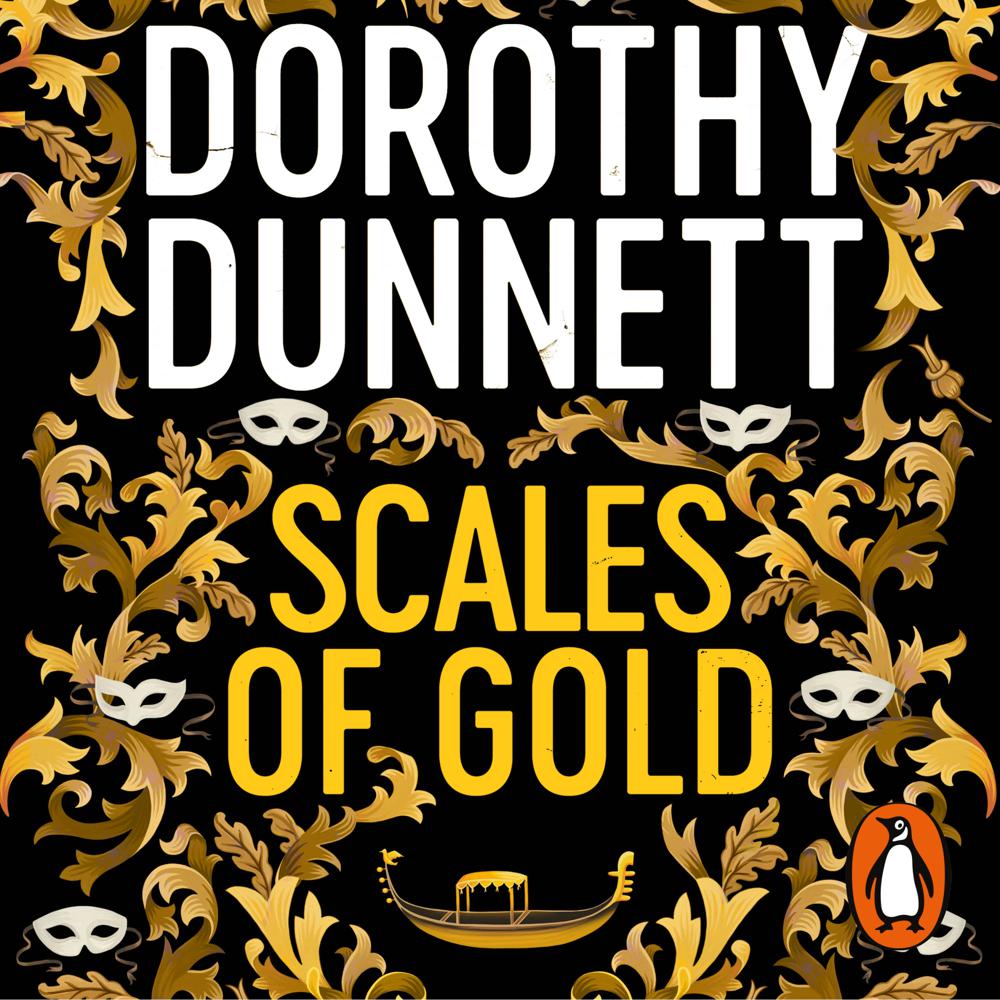 Penguin presents the audiobook edition of Scales of Gold by Dorothy Dunnett, read by John Banks.

The year 1464 finds our hero Nicholas in Venice. Plagued by enemies bent on dissolving his assets and smearing his character, he sets sail for Africa, legendary location of the Fountain of Youth and the source of gold in such abundance that men prefer to barter in shells. He will discover the charms of the beautiful Gelis - a woman whose passion for Nicholas is rivalled only by her desire to punish him for his role in her sister's death. Erotic and lush with detail, SCALES OF GOLD embraces the complexity of the Renaissance, where mercantile adventure couples with more personal quests behind the silkeb curtains of the Age of Discovery.

'A glorious panorama of medieval times . . . The historical research is impeccable'